Competition from digital encoders have resulted in less demand for potentiometers and trimmers. 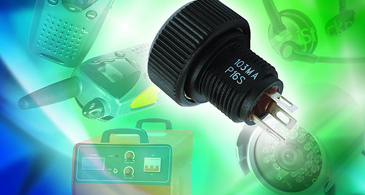 As the electronics industry continues its move into the digital world, demand for variable resistors has slowed, resulting in steady leadtimes and stable prices. In many cases, OEMs are replacing potentiometers and trimmers with digital encoders.

The downside to lower demand is potentiometer and trimmer manufacturers are less likely to invest in additional capital equipment and technology if a spike in demand occurs.

However, many players like Panasonic, TE Connectivity, and Vishay continue to focus and innovate for high-precision and high-reliability potentiometers, leaving most of the commodity-type, low-cost trimmer market to Chinese competitors.

"If you look at standard, plastic-cased carbon pots, for example, manufactured in China, they are as good as you're getting anywhere else," said Tony Northcott, global product manager for passives, TE Connectivity, in the UK. "The cost is that much lower. So trying to compete in the standard market is very difficult.”

"When looking at operations pushing at over 1 million cycles and heading towards 10 million cycles, the technology is slightly different; the control of manufacturing is different, and you are into the higher-end markets where reliability and consistency is much more relevant to them," Northcott added.

Many variable resistor manufacturers offer a complete lineup of potentiometers and trimmers to be a one-stop shop for customers, but they are putting their focus on precision potentiometers.

Pricing is a big issue for both commodity and high-reliability component suppliers. In general, pricing for panel potentiometers, precision potentiometers, and trimmers will remain flat in 2012, according to manufacturers. 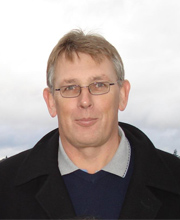 "There is a massive capacity to do more and more in China, but there is also a major concern that the labor rates and cost of manufacturing are increasing so much it becomes less and less of a viable proposition to manufacture in China," said Tony Northcott, TE Connectivity's global product manager for passives.While suppliers do not expect any price hikes this year, they are still keeping a close eye on raw materials costs. "The price of silver is the cost driver," said Kunal Rana, product specialist, electromechanical, Panasonic Electronic Components, Secaucus, N.J. "It has been going up recently and, depending on how it performs, we'll adjust our pricing accordingly, but I don't foresee any price changes for 2012."

Do not be surprised, however, if there are minimal price hikes from some suppliers next year as labor rates in low-cost regions including China and India continue to increase.

Northcott believes that manufacturers will look to take cost out of their materials to offset some of the rising labor costs. "That is a challenge for higher end specs, not commodity type products," he added.

"In a lot of cases, the higher reliability is brought about by the use of better materials," said Northcott. "But at the other end, you have demands to maintain margin and profitability of a product line, which means taking cost out of it."

Automation is another way to curb costs. But Northcott said it is not always an option because the "internal assembly of a potentiometer is quite complex," and "trying to automate those types of processes is quite difficult and very costly."

Northcott also expects to see a resurgence in manufacturing in countries such as Malaysia and the Philippines because of rising labor and manufacturing costs in China.

Leadtimes for precision potentiometers run a little longer at about eight to 12 weeks. These can be used in applications such as industrial equipment, avionics, and off-road vehicles. They typically operate in harsh environments and can withstand higher temperatures, along with providing high shock and vibration resistance.

Suppliers, including Vishay, report that they see more demand for panel potentiometers that can operate in harsh environments and withstand higher temperatures. One example is Vishay's P13SM submersible cermet panel potentiometer, which is said to be the industry's first such device to be fully IP68 sealed, allowing for operation in deep salt water conditions up to 30 m (100 feet).

Similarly, TE Connectivity primarily focuses on precision and power products. The company's target markets include motor and fan speed control in industrial applications, although Northcott noted some demand in the appliance business, especially in Asia Pacific.

One example of TE Connectivity's precision pots is its Type M series. Northcott said these devices are ceramic-based instead of carbon-based, and completely sealed within a metal casing instead of a plastic housing. The devices are aimed at long-life, industrial applications. 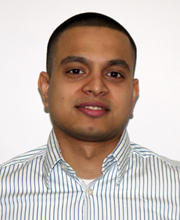 “The technology is moving from analog to digital signal output, although there are applications that prefer analog such as lighting and audio control markets," said Kunal Rana, product specialist, electromechanical, Panasonic Electronic Components.Buyers who are looking to reduce their bill of materials (BOM) should ask potentiometer manufacturers about value-added services. Some suppliers like Vishay will add cables and connectors to the potentiometer.

"We see customers looking for more integration; for example, a panel potentiometer with cables and connectors," said Valletta. He added that they are also looking for products that can withstand high temperature, vibration, and corrosive environments, along with miniaturization.

For example, Panasonic has made some innovations to its center-space rotary potentiometers. The EWV-YK series (39 x 20 mm) and EWV-YJ (44 x 25 mm) pots integrate a LED, eliminating the need to purchase the LED separately and simplifying a buyer's BOM. In addition, tactile switches can be added in the center of the potentiometer to provide rotation as well as a push function.

Although the tactile switch is not built-in, Panasonic offers a wide selection of switches that can be used with the EWV-YK/YJ parts. "They can mix and match any tactile switch that they want with the potentiometers," said Rana.

"With a LED already built-in, customers can illuminate their knob very crisply and clearly," said Rana. These devices can be used in center-space automotive consoles, typically for low-end vehicles for things such as volume and temperature control.

Vishay offers its P16S series of knob potentiometers with an integrated switch. The cermet knob panel potentiometer is said to be the industry's first to include a variable resistor and switch incorporated into a built-in knob. It is also available with a conductive plastic element for audio applications.