While tags are stable, they could increase in 2012 because of higher aluminum costs and changes in the yen/dollar exchange rate.

Prices and supply were big supply chain issues for aluminum electrolytic capacitors earlier in the year because of the March earthquake in Japan, which disrupted production resulting in reduced supply and longer leadtimes.

"This commodity seemed to be one of the most highly impacted by the earthquake in Japan because a lot of major manufacturers and major raw materials suppliers for aluminum electrolytic capacitors are located in the area of Japan most affected by the quake," said David Valletta, executive vice president worldwide sales for Vishay Intertechnology, Inc. in Malvern, Pa.

Many raw material and capacitors suppliers had production lines shut down by earthquake and tsunami, but minimized the impact of the disasters on their businesses by transferring production to other facilities.

For example, capacitor manufacturer United Chemi-Con was back to full capacity by May 19th, and customers were not significantly impacted due to inventory in the pipeline. The company processes about 40 percent of the world's etched foil, which it sells to consortiums that redistribute the product to manufacturers, including Chemi-Con's competitors.

The company moved all production at its etching foil facility impacted by the quake to another facility in Japan, which took about four weeks, according to Tony Olita, vice president sales and marketing, United Chemi-Con, Inc. based in Rosemont, Ill.

Suppliers like ELNA, Panasonic, and Vishay reported that they did not have to allocate products after the quake, although leadtimes extended because of high demand from distributors and direct customers.

Currently, aluminum capacitor suppliers do not expect any supply or capacity issues in the near term. There is plenty of inventory in the distribution channel, and capacity and materials are readily available, according to suppliers.

Industry leadtimes for aluminum electrolytic capacitors now range between 12 to 18 weeks, after stretching out to 25 to 30 weeks following the Japan disaster.

Many aluminum electrolytic capacitor makers believe that the current slowdown in demand may be partly caused by buyers double or triple ordering during the Japan crisis. "They brought in more than they needed to protect themselves,” said Vincent Pastor, senior product specialist, Panasonic Electric Works Corp. of America, in Secaucus, N.J. As a result, inventory of aluminum electrolytic capacitors in the supply chain increased and fewer buyers are ordering parts.

“Forecasts and consumer demand have dropped, so between the two, it has hurt," added Pastor.

Olita agrees there is a slowdown, but there could be other reasons for it. "There is definitely a downturn, but is it because of a stock crisis, market crisis, bank crisis, Greece crisis, or is it because customers have triple ordered [during the Japan disaster]? I think it's a little of each," said Olita.

Despite the slowdown, aluminum electrolytic capacitor makers expect 5 to 10 percent revenue growth this year. The biggest growth drivers are automotive, industrial, and alternative energy sectors, according to manufacturers.

Because most of the major aluminum electrolytic capacitor makers are based in Japan, changes in the yen/dollar currency rate could result in higher capacitor prices next year.

A year ago materials cost was a big issue, but now it is the currency, noted Olita. "If you're a Japanese manufacturer and you did not increase prices this year, then you're going to be losing about 8 percent from what you were making at the same price last year. With the yen hovering at 75 now and last year at 82, you have a big issue," Olita added.

Still, United Chemi-Con has not raised prices this year. "If the dollar doesn't strengthen next year, we'll have to raise prices," said Olita. "We try to do productivity enhancements on a continuous basis because we don't want to pressure the market with increased prices. But we have to make money." 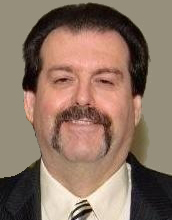 "We've seen our raw materials prices go up for aluminum, copper, rubber, and anything oil based, as well as transportation costs. We can absorb some of those things, but not all of them," said Kent Sterrett, vice president of sales and operation, ELNAA weakening U.S. dollar makes U.S. products much cheaper, but it makes Japanese parts more expensive, noted Kent Sterrett, vice president of sales and operation, ELNA America Inc., based in Atlanta, Ga. "We're trying to offset that as much as possible, as are our competitors because most of us are affected by the same scenarios," said Sterrett.

Materials costs also impact capacitor prices. "If metal prices start to go down, that will relieve some of the cost pressures on components and prices will tend to follow. Prices are stable and that's probably the reality in 2012," said Valletta.

On the other hand, prices could increase if raw materials costs rise.

"We've seen our raw materials prices go up for aluminum, copper, rubber, and anything oil based, as well as transportation costs. We can absorb some of those things, but not all of them," said Sterrett.

"Rumor has it that double-digit increases in aluminum and copper are to be expected,” noted Sterrett. “Those are key pieces of our raw materials supply to make aluminum electrolytic capacitors, and all of the connectivity methods to PCBs. Buyers should be prepared because this is what we're seeing.”

Cornell Dubilier Electronics (CDE) expects pricing to rise by 10 percent, primarily driven by the price of aluminum foil. "That is driven by the move to higher voltages. As you move into these higher voltages, the price goes up," said Laird Macomber, technology manager, Cornell Dubilier Electronics, Liberty, S.C. "Eighty percent of the business is 400 volts and higher, and at those voltages, the anode foil is almost all of the cost."

Earlier this year, CDE sold its aluminum foil plant to Kemet for $15 million, which it originally purchased from Panasonic.

"Kemet offered us a deal that we couldn't refuse," said Macomber.

The foil facility is said to be one of the largest in North America. As part of the transaction, Kemet agreed to be CDE's supplier of foil.