Power Rating is Just One Resistor Parameter to Consider

This article looks at resistor characteristics and parameters and how these are affected by particular manufacturing technologies.


Phil Ebbert, VP of Engineering, Riedon Inc. explains why it is important to understand the system requirements for your application and be able to appreciate the key characteristics of today’s high performance resistors.

Resistors are the Cinderella of the electronic components world, never as glamorous as microprocessors or other digital or analog ICs, nor even as mysterious or intriguing as passive devices like capacitors or inductors. Consequently, the performance requirements for resistors are often overlooked, and it may not be until quite late in the design cycle that an engineer realizes he or she needs something a bit special. Understandably, this is because nine times out of ten, the requirements are quite modest and typically, a basic carbon composition (or equivalent) resistor, offered in standard values with 10% tolerance and a ¼ W power rating, serves the required purpose.

Things have moved on a bit, however, since carbon composition resistors were the norm, and newer technologies such as carbon film, metal film and thick film are now ubiquitous, especially the latter type with the majority of circuit boards today requiring surface-mount components.

This is fine, but what if your application is more demanding? You may need a resistor that operates at more extreme temperatures (high or low), at high voltages or which provide closer, more precise tolerance values, and are stable over time, temperature, and other stress conditions. Other considerations might be high power dissipation, low inductance, and other environmental performance issues such as moisture resistance or avoiding outgassing in a vacuum.

By considering the advanced resistor technologies available from specialist supplier Riedon, this article will identify solutions that address these requirements.

The selection of a resistor for any given application usually starts with some very basic criteria, defined of course by the electrical circuit requirement but also by mechanical and physical constraints. Initially knowing whether the design requires a through-hole or surface mount component is likely to take precedence over anything else, even the resistance value. Fortunately, this is unlikely to be a showstopper since resistances ranging a few hundredths of an Ohm through to values of several TeraOhms are available in both mounting types.

The next step in the selection process usually relates to resistance tolerance or power rating considerations. Taking power first, the majority of electronic circuit designs today are for low voltage and low power systems and, consequently, most of their resistor requirements are similarly low power. Commodity thick-film surface mount resistors in the popular 0402 (1.0 mm x 0.5 mm) and 0603 (1.6 mm x 0.8 mm) sizes offer resistances in the range of 1 Ω to 10 MΩ and typically handle up to 0.1 W at 70°C. Higher temperature operation requires derating of the resistor’s rated load or the selection of a device with an appropriately higher power rating, which usually means a physically larger device.

The importance of resistance tolerance will clearly depend on the application but in many instances the relatively inexpensive technologies of through-hole carbon film resistors or thick film surface mount types with a tolerance of ±5% will be quite adequate; for example, pull-up or pull-down resistors used for logic level setting or network termination. However, for applications such as measurement systems, or where accurate resistor ratios or precise matching is required, then tighter tolerances will be necessary. In addition, for designs where the tolerance needs to be much less than ±1%, alternate technologies such as wirewound, metal film, thin film, or metal foil will need to be considered.

What’s more, resistance tolerance is not something that can be determined in isolation. Rather it needs to take account of other factors that contribute to variations in resistance, including stresses induced by operation at high temperatures or humidity, under load and when subject to shock, vibration, or other environmental extremes. Resistance drift over time is a further factor and is exacerbated by these stress conditions, which are cumulative. Hence, achieving a tolerance of ±1% over the life of a design may actually require a resistor with an initial tolerance of say ±0.1%, an order of magnitude lower. 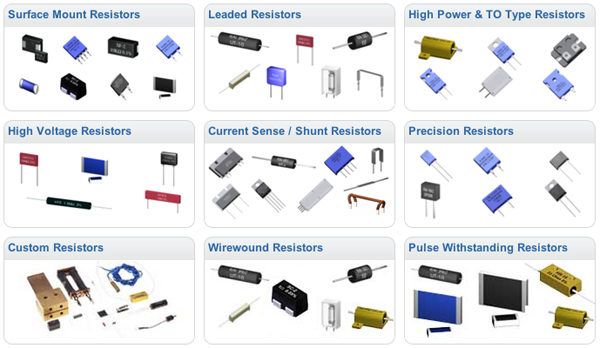 Figure 1: With so many different types of resistor, it is important to understand the benefits each offers in order to find the right product for your application.

The TCR characteristic for most conductors is fairly linear and is calculated as the average slope over a defined temperature range and expressed in ppm/°C (parts per million per degree Centigrade). Some materials like Nichrome, a popular alloy for resistors, have a non-linear characteristic, which may mean that the TCR figure quoted is a worse case value within the specified temperature range. Manufacturers of precision resistors will use appropriate technologies to deliver the required TCR performance for a target application, e.g. thin film resistors can achieve ±5 ppm/°C, metal film ±3 ppm/°C, with wirewound and metal foil resistors getting down to ±1 ppm/°C and below.

Beyond the parameters discussed above, we enter a more rarified arena of specialist resistors that need to meet particular criteria for demanding applications. This includes high voltage types where, apart from their ability to work at high voltages, the undesirable change in resistance with voltage (specified as the voltage coefficient of resistance or VCR) can be reduced by careful resistor design. Further considerations for more extreme environments might require resistors that are non-magnetic or are free of organic material that will outgas if used in a vacuum. Other features that may be important in differentiating high-performance resistors from their more run-of-the-mill counterparts include anti-corrosion, moisture resistance, low noise, automotive qualification, current sensing, flame resistance, non-inductive, pulse withstanding, and RF or high frequency types. To better appreciate all this, the next section overviews the key attributes of particular resistor technologies, illustrated by products from Riedon, a company that has been at the cutting edge of resistive solutions for over 50 years.

As with most resistor manufacturers, Riedon provides various ways in which its customers can identify the most suitable resistor for a particular task. Riedon's website allows users who already know the part number they are interested in, either a Riedon part or that of a competitor, to go the information on that product series. Selection is also possible from the basic component parameters of mounting type, resistance value, tolerance, power and TCR to help narrow the choice of resistor to a particular technology or type. Here we will look at these technologies to see how they best serve these and other performance requirements.

Wirewound resistors
Despite the development of many newer resistor technologies, traditional wirewound resistors still have a role to play in a number of areas where they offer superior performance. Their ability to dissipate substantial amounts of power, and also to handle high-level pulses and transients, is one key aspect of their design, as is their ability to be made with great precision, which can be maintained over time because they are made with stable materials. High power types, such as Riedon’s UAL series, are aluminum-housed designs that can handle up to 300 W with excellent pulse handling and operate over a wide temperature range (-55°C to +275°C). This series also provides tolerances down to ±0.01% and a low TCR of ±20 ppm/°C and offers four terminal versions for current-sensing applications.

Figure 2: In a conventional axially leaded wirewound resistor, the resistance wire is wound around a ceramic core and welded to the metal end-caps. It is then encapsulated, usually in silicone, to protect from moisture and physical damage.

Other wirewound series from Riedon include a surface mount option and precision types that achieve a tolerance of ±0.005% and a TCR of ±1 ppm/°C. In addition, for applications where it is important, it is also possible to use special winding techniques to ensure that wirewound resistors are non-inductive. Wirewound resistors also have the inherent advantage of low-noise performance compared to technologies that use granular conductive particle structures where the current flow can be affected by thermal stress, especially in high value devices.

Thick Film Chip resistors
As noted previously, thick film resistor technology is widely used to produce inexpensive, miniaturized, surface-mount components. However, thick-film chip designs can also be optimized to provide high performance, with precise resistance values up to 10 TΩ (TeraOhms). Further refinements are achieved by the appropriate choice of other materials used in their construction. For example, avoiding nickel or tin in the terminals has a number of benefits. Firstly, nickel limits the working temperature to 160°C and tin has a peak temperature of 230°C. Therefore, by using an inner terminal made from silver/palladium and an outer terminal of platinum/silver, Riedon is able to offer devices that operate up to 300°C. Nickel is also magnetic, so resistors with nickel/tin terminals cannot be used in applications such as magnetic resonance imaging (MRI) where there are strong magnetic fields. Nickel/tin terminals are also not suitable for circuit board assembly with silver epoxy, which prevents their use in high reliability, high temperature applications where silver epoxy is used rather than solder attachment. Further, for many aerospace applications, terminal surfaces containing tin are prohibited because of the potential generation of ‘tin-whiskers’.

Thick-film resistors are capable of operating up to 6000 V. However, VCR performance can then be an issue. There are many factors that influence VCR, including chip size, layout, termination material, and trimming geometry. By paying particular attention to these, Riedon’s high voltage chip resistors minimize the effects of VCR. Finally, many standard chip resistors are coated with a polymeric material that can outgas in a vacuum. Riedon avoids any organic materials in its resistors, which are consequently free of outgassing while still providing good moisture resistance.

Thin Film Chip resistors
Thin-film resistors offer an economical solution for small form factor surface-mount devices, where high value resistances (up to several MΩ) are needed with reasonable precision (tolerances from ±0.01% and TCR from ±5 ppm/°C, depending on resistance value). Additionally, the sputtering process used in the manufacture of thin-film resistors produces a uniform metal film that is much more stable at high frequencies than thick-film types. Thin-film resistors are also low inductance. Furthermore, by forming the film on a heat-conducting alumina substrate that is metalized and soldered to a heat-dissipating copper plate tab, it is possible to create low cost, high-power film resistors in smaller TO-style packages. 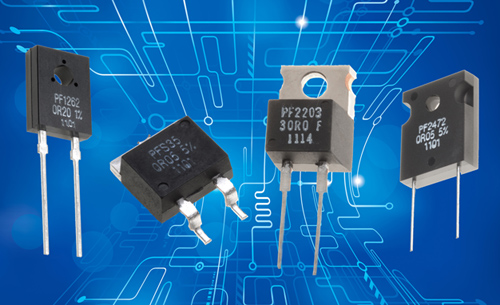 Figure 4: Riedon’s low cost TO-style thin film power resistors provide options for both through-hole and surface mounting and can handle up to 140 W.

Metal Foil resistors
Metal foil resistors can provide the ultimate in precision for surface mount applications where small size is also important. This technology uses a special Nichrome alloy (Ni/Cr), which is applied as a foil onto a ceramic substrate and then photo-etched into a pattern to create the required resistance. The initial resistance value can be made quite precise by removing shorting bars from the etched pattern while the pattern itself is designed to ensure low capacitance and low inductance. Riedon’s UHPC series of precision foil chip resistor offers resistance values up to 125 kΩ, power rating to 0.75 W, tolerance to ±0.01%, and TCR to ±0.05 ppm/°C, in sizes from 0805 to 2512. The series provides operation over -55°C to 150°C with inductance of <0.08 μH, typical capacitance of 0.5 pF, and a VCR of <0.1 ppm/V.

Not all resistors are the same, and there is far more to choosing a resistor than defining its value, and deciding whether a surface-mount or through-board package type is needed. This article has looked at resistor characteristics and parameters and how these are affected by particular manufacturing technologies. This has ranged from more basic criteria, such as power or tolerance, through to more exotic high performance requirements, which can often only be satisfied by devices from specialist manufacturers. Riedon is one such company that offers a comprehensive range of parts that address demanding applications. Riedon can also offer help and advice in selecting the right component and, if necessary, can also offer customized solutions using its competence in design and in-depth knowledge of the technologies available.