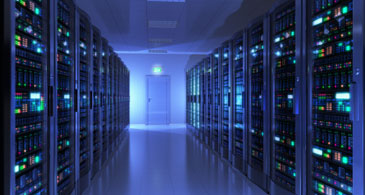 Buyers can expect flat to down prices for power management semiconductors this year, although leadtimes may stretch in the second half because of growing demand and production cutbacks last year.

While the overall power management integrated circuit (IC) market declined last year to $29.9 billion from $31.8 billion in 2011, industry analysts and suppliers are forecasting stronger demand this year. Demand will be driven in part by portable equipment, including media tablets and smart phones. 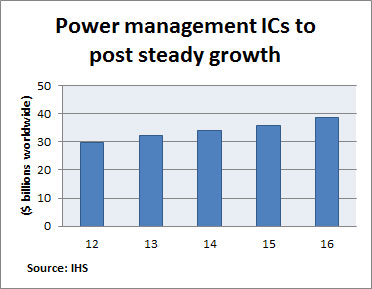 The power management semiconductor market will rise steadily
through 2016 when revenue will total $38.7 billion.

“This is a bit faster growth rate than the semiconductor market as a whole,” he notes.

Gartner says the overall chip market will rise 4.8% during that time. Ohr adds that buyers can expect an "upward creep" in average prices for power management semiconductors as high-efficiency switch-mode regulators replace low-cost linear regulators in consumer goods such as set top boxes in LCD televisions. 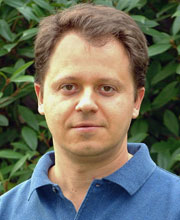 “Now that demand is up, inevitably leadtimes are stretching a bit,” said Paolo Sandri, director of marketing and application for chipmaker STMicroelectronics, headquartered in Geneva.However, although growth is projected over the next several years, in the first quarter of this year power management IC demand has been less than robust.

“There has been a slight progress in demand” in the first quarter for power management ICs compared to first quarter of last year, says Paolo Sandri, director of marketing and application for chipmaker STMicroelectronics, headquartered in Geneva. “It is a little bit better than 2012. We are on the right track,” he says.

He says prices are generally stable, but leadtimes are stretching. He adds that ST reduced capacity last year because of sluggish demand.

“Now that demand is up, inevitably leadtimes are stretching a bit,” he explains.

Buyers should not expect suppliers to rush to add capacity. Suppliers will want to make sure that rising demand for power management ICs will last before they start to increase production.

Michael Althar, vice president and general manager, multi-market power products for Intersil, based in Milpitas, Calif., says business is improving for some power management segments, but not all. 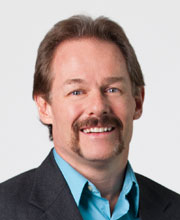 “Demand from servers and micro-servers is driving a lot of power management IC requirements,” said Michael Althar, vice president and general manager, multi-market power products for Intersil.“Power management is a big industry with a lot of different pieces,” he says.

Demand has picked from manufacturers of media tablets and other portable devices. However, the computer segment “is going through a transition” and power management semiconductor demand from that segment is still sluggish, Althar adds.

"The industrial market is showing some signs of life,” he says. “But I would not say it is a rising tide everywhere.”

“Demand from servers and micro-servers is driving a lot of power management IC requirements,” says Althar, adding that 4% of power in the United States is consumed by servers and that there is a growing need to reduce power and servers.

Althar says it's not just a matter of power requirements for computers in "server farms" that handle cloud computing. Server farm operators are also concerned about the amount of power needed by servers when they are idle.

“When you’re talking about server farms as large as they are, the idle power can be thousands of dollars per hour as well,” Althar says.