Buyers can expect short leadtimes and stable prices for most power management semiconductors in 2012. 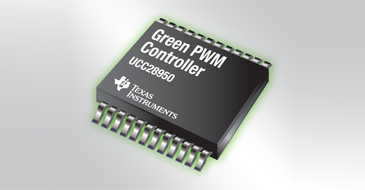 Sluggish first half demand will result in stable to lower prices, short leadtimes, and slower growth for power management semiconductors in 2012.

The growth rate declined in 2011 because of a slowdown in consumer spending and the disruption in the supply chain caused by the March Japanese earthquake, according to IHS. 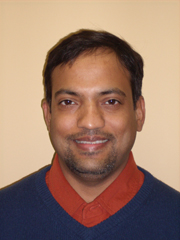 “Leadtimes are normal with a few exceptions here and there. Normal is eight weeks,” said Vipin Bothra, product marketing manager, discretes and off-line products for STMicroelectronics.After the Japanese quake, power management “suffered a deceleration” as manufacturing was halted in several areas of the country, said Marijana Vukicevic, principal analyst for power management at IHS. She added that in the second half of 2011, declining consumer spending kicked in resulting in slower demand and revenue growth for power management chips as well as other semiconductors.

Slowdown in demand also resulted in high inventory levels. Vipin Bothra, product marketing manager, discretes and off-line products for STMicroelectronics, said inventory levels of power management semiconductors increased in the second half of 2011 as they did for the rest of the semiconductor industry. Inventory levels remained high at the beginning of the first quarter.

“Nothing much has changed in the last six weeks or so. Inventory levels are at historically very high level,”’ he said.

As inventory levels increased in the third and fourth quarters of 2011, there was also a decrease in prices. “Going into the first quarter of 2012, prices seem to have stabilized. I would expect some growth in prices because of an overcorrection in pricing in the fourth quarter,” noted Bothra.

With high inventory levels, leadtimes improved in the second half of last year. “They are normal with a few exceptions here and there. Normal is eight weeks,” he added.

While the sales growth rate declined in 2011 and demand remained sluggish in the first quarter, the good news for power management semiconductor manufacturers is that the slowdown will be relatively short-lived. Revenue growth for power management chips will average 7.2 percent over the next five years, according to IHS.

Demand will be especially strong for inverters which will grow from about $4.2 billion in 2010 to $7.5 billion in 2015, IHS reported. Inverters convert direct current to alternating current and are used in automobiles, solar and wind panels, and motor controls in appliances, among others. 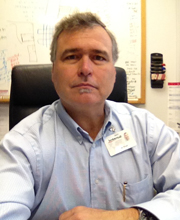 “We are under that the same kind of constraints as the rest of the industry,” said Steve Rivet, director, integrated power products at Intersil, headquartered in Milpitas, Calif. “We need to increase performance and decrease pricing all the time.”Hybrid and electric vehicles in the smart grid will also drive power management chip demand.

Increasing demand does not necessarily mean that leadtimes will stretch and prices will increase for power management chips, at least in the short term.

“We are under that the same kind of constraints as the rest of the industry,” said Steve Rivet director, integrated power products at Intersil, headquartered in Milpitas, Calif. “We need to increase performance and decrease pricing all the time. What we are generally seeing is the complexity of our content goes up, but the price really continues to drop. That's due to the normal price pressures and competitive pressures.”

Buyers can expect leadtimes to be fairly stable in 2012. For instance, leadtimes for Texas Instruments’ power management semiconductors – and other TI chips – average about eight weeks, according to Masoud Beheshti, worldwide marketing manager for power management for Texas instruments, based in Dallas.

“That's where we expect them to stay," Beheshti noted. “We've invested quite heavily over last two to five years in terms of manufacturing capacity to make sure we have the best leadtime among the players in the industry.” 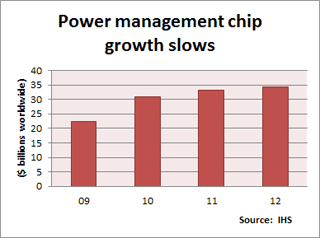 Sluggish consumer demand resulted in slower growth for power management semiconductors, but demand will bounce back.Beheshti added that TI invested in manufacturing fabrication, and in back and assembly and test. “If there is an upswing, we can catch up with that pretty quickly.”

“Over the last three to four years there has been a tremendous growth in regulator ICs which include power switches," Rivet stated. “Three or four years ago those solutions were available, but they were a lot more expensive than discrete solutions and could only support up to three or four amps with that.” Today there are 20 and 25 amp integrated FET (field-effect transistor) solutions. 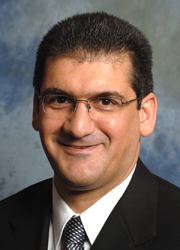 “We've invested quite heavily over last two to have years in manufacturing capacity in terms of manufacturing capacity and back end assembly and test,” said Masoud Beheshti, worldwide marketing manager for power management for Texas instruments, based in Dallas.“The integration is happening at several levels. The switching field-effect transistor (FET) is being combined with controller function,” said Rivet. He added that the integration can be done on a single piece of silicon at the lower current level. “You can package different types of power devices in the same package, taking good, high-quality, very inexpensive FETs and putting them in the same package with controllers doing multi-die types of arrangements.”

He also said that advances in packaging technology are driving the ability to integrate functions.

“With 3-D construction you can mount controllers on top of large MOSFETs," noted Rivet. "You can extend that and include inductors and other passive components into that same package making a full converter, not just the regulator function.”

Semiconductor buyers can also expect chipmakers to develop more efficient power management semiconductors. Greater efficiency is important for both portable equipment and larger wire equipment as well, according to Beheshti.

Power efficiency is important in smart phones and media tablets and other battery operated equipment because it improves runtime of the devices.

“But as you move up to bigger equipment such as telecom and servers, efficiency is very important," said Beheshti. “It translates into how much heat you actually dissipate, how much you're paying for the electricity and so on. Efficiency is the biggest driver today in terms of what the customers are demanding.”