While solar and wind farms promise to deliver significant amounts of power in a clean and renewable way, very rarely is the power user close by to the power generators.


While solar and wind farms promise to deliver significant amounts of power in a clean and renewable way, very rarely is the power user close by the power generators. Instead, transmission lines and switching circuits need to be in place to route and condition the raw energy into usable form at a practical location.

While contactors and relays do a pretty good job of switching and routing power, their physical moving parts do wear and age, and oxidation over time results in higher contact resistances. In most instances, it is too costly to use gold plated contacts, especially for high-current devices that need a lot of cross-sectional area to pass the raw current without heating up.

One solution is to use very-low-resistance power transistors that are sturdy enough to handle the high currents that a wind turbine or high-capacity solar panel array can put out. These solid-state devices must handle very high amounts of current (up to 1,900 A in some cases) and high voltages (up to 1,000 V is some cases).

This article looks at high-power FETs that exhibit low forward on-state resistances (RDS(on)). While a large variety of parts exists, we will limit discussion to those rated at 1/10 Ω or less. The article will examine both P-channel and N-channel devices, which are available from a few hundred watts up to 5,000 W of power. These are well suited for the operational phases of a wind turbine as well as for a high-capacity solar setup, power switching, and power inverters.

Most older solar panels and systems were based around 12 V multiples such as 12, 24, 36, and 48 V. In these cases, the lowest RDS(on) specs are desirable and higher-current ratings are needed. The lower the voltage, the higher the current to achieve the same power rating. In addition, the higher the current, the more loss from IR heating in wires, cables, and contacts.

For lower-voltage applications, typically up to 36 V, 600 A parts like the IXYS IXTN600N04T2 are available off the shelf, and will handle up to 40 V max. You may think that 4 V is not that much wiggle room for overvoltage conditions and for wind turbines that can get gusts of wind that can translate into surges, you would be correct. However, for solar panels, the only things that will cause overvoltage would be either an Electro Magnetic Pulse or a huge solar flare. In either case, we would have bigger problems from either of those occurrences, which could fry electronics (even those still new and unused in a box).

The N-channel IXTN600N04T2 has a maximum forward state on resistance of 1.3 mΩ and is very stable across the –55° to +175°C temperature range (Figure 1), which is also ideal since most energy-harvesting sites are subjected to environmentally extreme conditions. 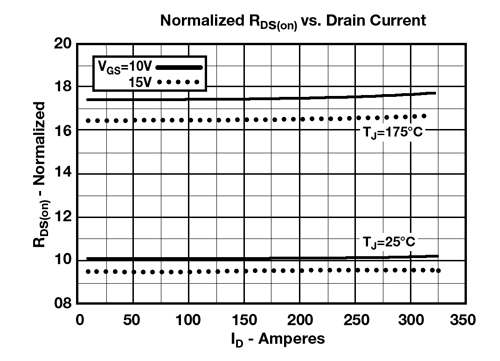 Figure 1: The normalized RDS(on) resistance is sensitive to temperature, but very stable across the entire current range.

As with all FETs and semiconductors, overtemperature wreaks havoc and the IXTN600 is no exception (Figure 2). 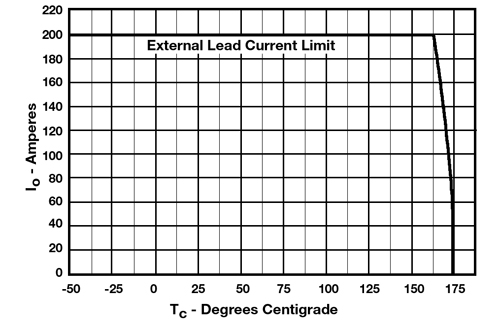 Figure 2: All FETs degrade with temperature. In this case, while rated to 175°C, performance degrades quickly at around 162°.

For high-power 48 V panel arrays and concentrator points, the N-channel Microsemi APTM10UM01FAG is ready to pass 860 A at 100 V through a 1.6-mΩ series RDS(on). As a part of the Microsemi APT Single Switch FREDFET Series, these parts handle 2,500 W and use SP6 direct mounting to the heatsink (an isolated package).

Note that, as mentioned, heat is the enemy of any of these parts. Even with 1.6 mΩ resistance, the voltage drop of 1.376 V will be present across the drain and source leads. At 860 A, that translates into almost 1,200 W of power that this part needs to dissipate. Connector resistance is critical as well since the contact’s 1/10 Ω resistance will drop 86 V at 860 A.

The more modern trend – to use photovoltaic panels strung in series to create higher-voltage levels – is beneficial in many ways. Primarily, you can increase power without increasing current. This saves a lot when it comes to material costs, especially when you eliminate thick copper cables.

When several photovoltaic panels are placed in series, they can be fed into low-cost grid tie inverters, which shift their phase angles to deliver power back through an AC meter. If panel voltages were, say, 180 or 360 V, for example, that makes it easier for an inverter to deliver the 169 peak or 339 peak-to-peak voltages of a standard 120 Vrms AC power-line. A 169 V source, for example, can use an H-Bridge configuration to provide the 339 Vp-p levels for a directly driven sine wave.

Higher-voltage power FETs are ready to serve in these applications. Take, for example, the Microsemi APT51M50J N-channel 500 V MOSFET. It can pass 51 A of current through a very low 75 mΩ series resistance to dissipate up to 480 W of power. As part of the company’s Power MOS 8 series, these parts feature low gate-input capacitances. This translates into higher switching speeds since the Miller Effect can multiply gate capacitance and limit slew rates and switching speeds. A Microsemi Product Training Module on MOS 8 Quiet Switching can be found on Hotenda’s website.

While it is true that 60 Hz inverter designs do not require high-speed parts, the high speed does not hurt. A nice feature of these parts is the relatively small and easy-to-deal-with SOT-227 package that can mount on a case inside a well-heatsinked (or cooled) enclosure (Figure 3). 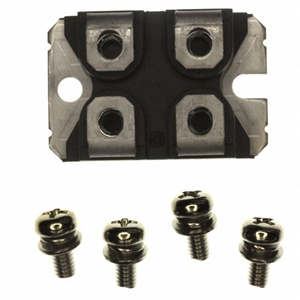 Figure 3: The relatively small SOT-227 provides good thermal connectivity for heat sinking and cooling while handling quite a bit of power in a small area.

A similar part comes from STMicroelectronics, which makes the N channel 53 A STE53NC50 MOSFET. This part features a typical 70 mΩ on-state resistance at 500 V and is also capable of switching at a speed higher than meager 60 Hz rates. The company’s Power MESH II series is based on an overlay technology that increases the internal surface area to keep RDS(on) low while providing fast switching speeds and gate charge ruggedness. The approximately 1 x 1.5-in. ISOTOP package is also comparable to the SOT-227.

While overvoltage is not usually an issue with normal operation of solar arrays, or even wind turbines, spikes and surges can occur. Even a distant lighting strike can propagate, especially with grid-tied systems. The parts mentioned so far have reverse recovery protection diodes that can help, but with N-channel parts, electrons are the majority carrier, and electrons move quickly.

That is why P-channel parts are still alive, although not as popular. P-channel parts use holes as the majority carrier, which have slower movements through semiconductor materials. As a result, a P-channel part can usually take much more of a beating than an N-channel part.

For those tough and critical applications, you may want to explore the P-channel IXTN170P10P from IXYS. Also in a SOT-227 package, it is good up to 100 V and 170 A with 12 mΩ of on-state resistance. As part of the company’s PolarP Series, these avalanche-rated parts are rugged and handle high operating and in-rush currents.

Solid-state alternatives to mechanical electrodes can be used for higher-power energy-harvesting facilities and at lower cost. Benefits of solid-state parts are that they effectively support very high current flows without the need for employing gold or silver contacts to keep resistance low. For more information on the parts discussed here, use the links provided to access product pages on the Hotenda website.