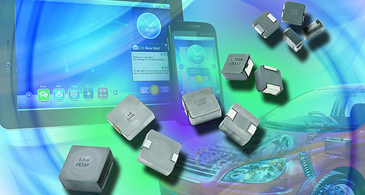 Vishay's -5A and -51 series of IHLP low-profile, high-current inductors offer extended temperature ranges to + 155 degrees C for high-temperature automotive and commercial applications. Leadtimes for inductors generally range between eight to 10 weeks, which is up slightly at the low end from six months ago, when deliveries averaged about four to 10 weeks. Despite the slight increase in deliveries, inductor suppliers say they don't anticipate any supply issues in 2013. Pricing also is expected to remain stable this year, unless the price of copper—the biggest materials contributor to the cost of inductors—starts to increase.

Suppliers say inventories have been worked out of the channel, which may potentially lead to some supply hiccups, although they currently don't expect any issues. 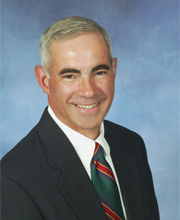 There has been a continual strong demand for power products, particularly for the IHLP power inductors, which have found applications in many different segments, says David J. Valletta, Vishay Intertechnology's executive vice president worldwide sales.A big challenge is the lack of any forecast ability in the marketplace, agrees Mike Foster, distribution sales manager at Pulse Electronics, San Diego, Calif. "Nobody forecasts anything until they have a purchase order, which causes a lot of problems in the supply chain."

The good news is that distribution helps ensure supply, but primarily for the smaller to mid-range customers they serve; the large customers such as contract manufacturers order direct from the factory, Foster adds. For them, leadtimes could stretch from eight to 16 weeks.

Prices for inductors generally don't swing dramatically up or down, and relatively stable materials costs have resulted in stable inductor tags.

"Materials pricing has stabilized, but we always watch and monitor them on a regular basis for availability and pricing," says Valletta.

"The biggest materials contributor to the cost of inductors is the price of copper, and that pricing can vary significantly month to month," says Foster. But he notes that raw materials pricing hasn't been a big factor in recent price increases. "We've been surprised by how stable copper pricing has been."

However, labor costs in China are starting to have an impact on tags, particularly since the manufacture of inductors entails a lot of hand labor. 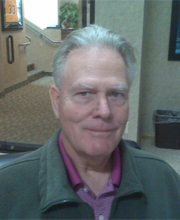 "The biggest contributor to the labor costs is the mandated wage increases that have been happening over the past five or six years in China," says Mike Foster, distribution sales manager, at Pulse Electronics."The biggest challenge is the same challenge we've had over the past several years, which is the disconnect between the pricing that the market demands and the increasing costs in our supply channels and manufacturing processes," says Foster.

Despite these issues, Foster says Pulse tries to hold the line on pricing as much as it can, although it has resulted in lower margins. A lot of the price competition comes from Asian manufacturers that don't maintain all of the quality standards that companies like Pulse do, he added.

To offset some of these costs, inductor manufacturers continue to work on improvements in manufacturing processes, including automation as a way to stabilize prices.

Pulse Electronics, for example, has moved some of its manufacturing to inland China, where the labor force is a little more stable, and labor rates are a little lower. It also has invested in machinery to automate its manufacturing processes as much as it can.

Over the past few years, the power segment of the inductor market has continued to show strong growth, despite an overall slowdown in demand for passive components. Due to strong growth, some inductor manufacturers have continued to increase production capacity, particularly for surface-mount products. This means buyers shouldn't have any problems sourcing these products this year. 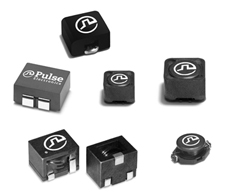 Pulse offers a complete line of power magnetics in a range of through-hole and surface-mount packaging options.There has been a continual strong demand for power products, particularly for the IHLP power inductors, which have found applications in many different segments, Valletta says.

"Demand has continued to rise, and we've been adding capacity consistently for those product lines," adds Valletta. "They find homes anywhere there is power handling requirements—consumer, automotive and a full range of other applications."

Smart meters also are a big consumer of power products.

"Over the past few years, we've made a concerted effort in the smart meter market with our power products—power inductors and power transformers—and also our antenna products," says Foster.

As demand for power products continues to grow across industry segments, including consumer electronics devices and disk drives, particularly for low-profile devices, inductor manufacturers will be challenged with developing parts that can handle more power in smaller packages.