Examining the large number of needed choices when analyzing power requirements and the ways in which power can be delivered in unmanned aerial vehicles (UAVs).


The unmanned aerial vehicle (UAV) has become an essential part of the military infrastructure and in increasingly numerous forms from weapons-carrying platforms to much smaller and difficult-to-trace units intended primarily for surveillance and intelligence gathering. UAV platforms are highly adaptable, allowing the use of different sensor types such as image sensors and cameras, as well as spectrometers and chemical sensors for sophisticated analyses that use hyperspectral imaging and sensor fusion. 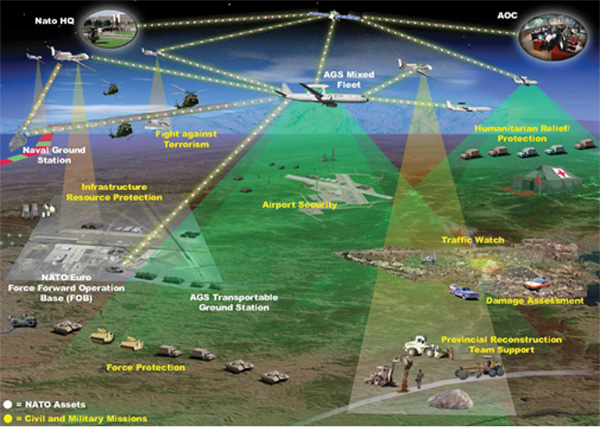 Figure 1: UAVs have a range of applications [Source: NATO].

The wide variety of requirements results in a large number of choices that need to be made when analyzing power requirements and the ways in which the power can be delivered. Image-processing and sensor-fusion solutions tend to imply a need for large amounts of processing power, adding to the overall power requirements of the UAV. Although, some functions can be offloaded to ground stations for systems where the captured data is unlikely to be jammed or intercepted over the air, and where the latency of a round-trip processing delay can be tolerated. The image processing may be split such that simpler techniques used primarily for navigation can be kept on the airborne systems but more sophisticated analysis, primarily for use by ground troops or intelligence services, is offloaded via radio communications.

For local processing, high-performance mobile central processing units (CPUs) and parallel-processing graphics processing units (GPU) designed originally for incorporation into mobile phones, can provide effective computer platforms at low cost and power. These types of processors can provide gigaflops of computational power but consume less than 10 W of power. However, these devices have power demands that can complicate design as their core logic generally operates at low voltages, 1 V or below, but other voltage rails need to be supported for I/O and memory accesses. They also tend to have highly-variable energy demands based on how may execution units are in use at any one time.

Weight is a critical factor in UAVs. Anything that can be done to reduce the weight of the power generation and support electronics can be used for larger payloads, longer flight time, allow take-off from shorter runways, or allow the use of alternative power sources. Solar power is a potential source of energy for long-endurance, high-altitude UAVs. Fuel cells may provide a high energy-density option in future designs and lithium-ion or lithium-polymer batteries can act as backup sources or as primary power for smaller UAVs.

The primary power source in current UAVs is likely to be a turbine-based, fuel-powered generator, selected for its relatively high energy density. The generator produces AC power that is generally converted to medium- or high-voltage DC for distribution to the different UAV electronic and electrical subsystems.

The primary voltage can be converted to appropriate voltage levels using a cascade approach, with point-of-load (POL) converters providing the required voltage levels close to the devices that need them. Although the use of low-voltage rails is easier to manage in terms of insulation and handling safety, losses will be lower if rails intended to carry power over longer distances are designed to run at higher voltages. This will minimize the I²R losses, although any improvements here need to be balanced against losses in any POL converters. As a result of the wide range of equipment that the UAV needs to carry, a potentially wide range of voltages will need to be supported; from 1 V or less for advanced image-processing and guidance processors to 24 V for actuators, such as those used to deploy landing wheels, with potentially higher levels used for flight rotors.

Due to the wide range of voltages, a midrange DC value of 24 V or 48 VDC can make the most sense, depending on the size of the UAV and the requirements for high-power motors that may be used to maintain flight. The main distribution bus may be stepped down to an intermediate bus to deliver lower voltages in the 12 VDC range to POL converters, which may use non-isolated designs to reduce cost and size. 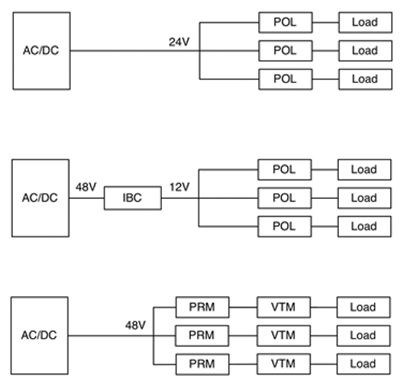 Figure 2: A comparison of the different power-distribution architectures for a generator-driven UAV.

An example of an intermediate bus converter is the Novum NQB-420DWA from CUI, a design based around a digital controller that can provide up to 39 A at 12 V from a 36 V-75 V input voltage. The design uses the compact, industry-standard quarter-brick format. An advantage of the digital control strategies in this type of brick-format converter is high efficiency even at relatively low loads. The NQB-D remains more than 96 percent efficient even at half load, in contrast to older architectures that could only sustain high efficiencies at or close to full load.

For downstream use, a possible choice of POL converter for mobile processors and advanced programmable logic is the TPS84621 from Texas Instruments. To save space, the DC/DC converter pulls power MOSFETs, an inductor, and other passives into a low-profile package to provide up to 6 A with efficiency above 90 percent across much of its output range. Fed from a 12 V source, the converter is more than 90 percent efficient from 1.5 A to just over 5 A. The converter will support voltage rails between 0.6 V to 5.5 V with an accuracy of 1 percent.

The additional complexity of a cascaded power distribution system for an improvement of 5 or 10 percent in efficiency may seem unwise, but that lost energy will be dissipated as heat, which entails the inclusion of larger heatsinks and possibly even more complex cooling arrangement as convection becomes less efficient at high altitudes. These factors add to overall weight and result in shorter flight times or a reduced payload capability.

However, the efficiency calculations need to be made on a case-by-case basis. Improvements in POL converter design have led to the emergence of buck converter topologies that can remove the need for an intermediate bus. For example, the FAN8303 from Fairchild Semiconductor can provide 2 A of output current for smaller processors running close to 1 V or sensors that need voltage supplies up to 20 V from an operating input range of 5 V to 23 V. To save space, the FAN8303 is a monolithic design that incorporates internal power MOSFETs based on a non-synchronous architecture. Using current-mode operation, the device provides fast transient response, allowing use with processors that move between power modes quickly. Safety features include cycle-by-cycle current limiting and thermal shutdown protection in case damage causes shorted connections.

An alternative to traditional intermediate bus architectures is to employ a factorized topology in which regulation and voltage conversion are split and performed by separate modules. Although this appears to be overly complex at first, the technique makes it possible to optimize the internal electronics and simplify the overall power distribution system. By using a factorized power architecture, it becomes possible to support high-current, low-voltage loads without resorting to an intermediate bus architecture. A further benefit of factorized power is that it is highly suited to delivering pulsed power, such as that needed for radar systems.

In radar systems, the emitter and receiver electronics can demand high current levels for very short periods. Such low-duty cycles can be accommodated by a set of smaller factorized-power devices than a conventional power-supply topology. This maintains higher overall efficiency as the POL converters are operated closer to their peak efficiency point for longer and do not need large arrays of decoupling capacitors to provide the rapid transient response that such peak demands imply.

Vicor’s Factorized Power Architecture uses a device called the Voltage Transformation Module (VTM) based on a Sine Amplitude Converter (SAC) to deliver POL current almost instantaneously. The control needed to maintain voltage within tolerance is performed by an upstream buck-boost zero-voltage switching (ZVS) regulator so that its control loop does not impact the delivery of instantaneous current.

Downstream regulation is assured by the use of a fixed voltage ratio between the regulator and the VTM. However, because VTMs perform true voltage division and current multiplication, the factorized-bus voltage may be set to a value that is substantially higher than the bus voltages typically found in intermediate-bus systems, reducing distribution losses and enabling use of narrower distribution bus traces.

The SAC topology itself uses a high-frequency resonant tank circuit internally which helps maintain capacity for pulsed loads that operate for 1 ms or less. By using a high-frequency SAC between a regulated point and the final load, the series impedance of the overall circuit is reduced, allowing energy-storing bulk capacitors to be scaled down by a factor of around double the VIN/VOUT ratio.

The pairing of modules in the Vicor factorized-power architecture offers a single-wire alternative to traditional remote sensing and feedback loops that enable precise control of an isolated POL voltage without the need for either a direct connection to the load or for noise-sensitive, bandwidth-limiting isolation devices in the feedback path.

With battery power, higher overall efficiencies may be obtained using a lower voltage intermediate bus, running at 12 V or so, as a boost converter will be required to convert the low-voltage output of most battery packs to the higher voltage.

The choices facing designers of UAVs will increase as technologies such as fuel cells and solar emerge. For example, experiments using fuel cells have indicated that the choice of power-conversion topology can be crucial to overall efficiency. Researchers from Kansas State University found that ethanol fuel cells present variable, nonlinear impedances that do not exhibit predictable output as a function of the duty cycle alone, making it hard to use conventional conversion topologies based on pulse width modulation (PWM).

Solar systems will rely on the use of the maximum power-point tracking (MPPT) tracking circuitry to ensure that solar energy is harvested at the optimum voltage before conversion to a voltage suitable for topping up a secondary battery, or to the intermediate bus voltage.

As UAVs develop, further high-efficiency power-conversion architectures will emerge to take account of the widening variety of fuel sources and of applications for the aerial vehicles.