Power LEDs are becoming the light source of choice in mission-critical applications such as traffic signals or airfield lighting.

Power LEDs are becoming the light source of choice in mission-critical applications such as traffic signals or airfield lighting. In these systems, it is important to alert the operator immediately when an LED fails. This article describes a highly integrated and low-cost method for implementing automatic failure detection.

When a current is applied to an LED, a voltage drop occurs across the diode. This voltage drop, called forward voltage, is determined by the typical current-vs-voltage characteristic of a diode. The threshold point of the forward voltage is dependent on the type and color of the LED.

Power LEDs create considerable complexity, however, in relation to forward voltage. This is because the characteristics of power LEDs of the same type vary significantly due to variations in the production process. 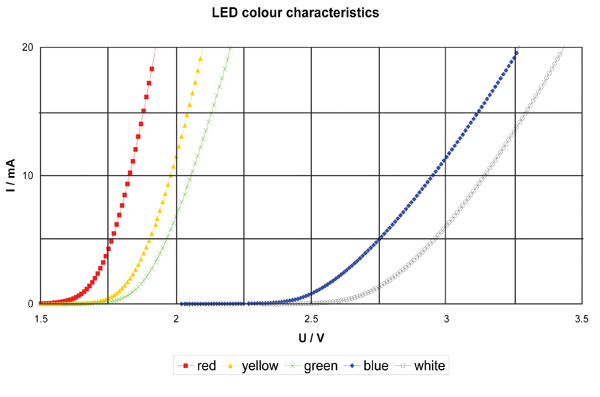 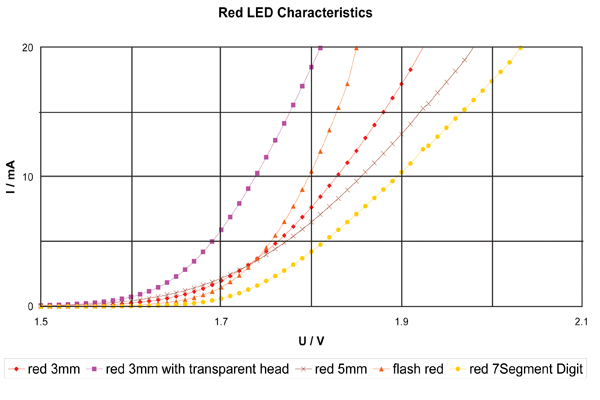 As can be seen, even LEDs of the same type and color have different current-vs-voltage characteristics. As an example, a blue LED has a typical forward voltage of 3.2 V at 20 mA at an ambient temperature of 25°C but this can vary in a range up to 3.85 V at the same temperature (see Figure 2).

It is not surprising, then, that LED drivers are popular with solid-state lighting developers as a way of ensuring that an array of LEDs is fed the same current, to produce the same brightness. 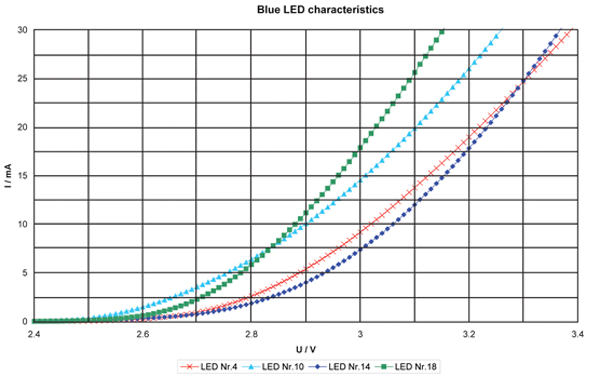 There is also, however, a way to use the driver to implement a failure-detection function.

An LED lighting system can fail in one of two ways. On the one hand, the failure of the LED itself; on the other, the mechanical failure of support systems or the power cable to the LED.

In the case of “failure” of the LED itself, there is today no electronic method of detection. This is because LEDs do not burn out as an incandescent light source does; they simply get dimmer over time. Indeed, there is no distinctive effect that characterizes the end of an LED’s life. There is no standard or definition of lifetime or usable time either.

In mission-critical applications, the extent of the LEDs’ dimming, and an appropriate LED-replacement schedule, can be determined by reference to the LED manufacturer’s data combined with periodic optical tests on the system in operation.

Electronic circuitry can, however, detect failures in a lighting system caused by ‘in-field effects’. Such effects can include mechanical defects in support modules, electrical contact problems caused by failed multi-point connectors, board soldering failures, maintenance mistakes, and faults such as accidental damage to a power cable.

In addition, a module which creates an interface to communicate with the system’s control software is needed. Put together, such a circuit requires a large number of components, which leads to high bill-of-materials and assembly costs (see Figure 3a).

The component count could be somewhat reduced by cutting the number of comparators to two, and adding a multiplexer to connect the driver outputs to the comparators for the defect-testing process.

The solution to this problem is to use an LED driver with integrated diagnostic functionality, such as the AS1109/10/12/13 devices from austriamicrosystems (see Figure 3b). The open-LED and shorted-LED detection functions in such a device are accomplished by comparing each voltage on the Output Current Driver pins and two threshold voltages, which are generated internally in the device. The first threshold voltage used for detection of a broken LED circuit (the open-LED condition) is fixed and cannot be changed. The second threshold voltage used for detecting short-LED failures is directly dependent on the driver’s power supply voltage (the voltage at the driver’s Output pin has to be calculated carefully, taking into account the wide variations in the forward voltage of LEDs).

A shorted LED is detected by comparison of the voltage at the output current driver with the internally generated reference voltage VTHH, which is directly dependent on the driver’s power supply voltage. In order to ensure the detection of a shorted LED, the voltage at the operating LED’s cathode terminal has to be lower than VTHHmin, otherwise a properly functioning LED could be mistaken for a shorted LED.

In both cases the design parameter susceptible to change by the application’s designer is the LED supply voltage.

This method of detecting LED failures due to in-field effects succeeds, then, in reducing component count and system cost by using diagnostic functionality integrated in the LED driver. The designer must, however, account for of the LED’s forward voltage spread in setting the LED’s supply voltage.