"Wireless" encompasses much more than the very visible and glamorous smartphones with their cellular networks and associated complex infrastructure.


"Wireless" encompasses much more than the very visible and glamorous smartphones with their cellular networks and associated complex infrastructure. Advances in low-power circuitry have spurred the replacement of many short-distance wired connections with non-networked wireless ones, as well as enabled new products that can only be implemented effectively if there is a wireless link between data source and receiver (such as in sensor-based systems powered by ambient energy).

Applications are numerous and include data loggers, medical instruments, HVAC/energy management systems, home alarms, automobiles, wireless keyboards, consumer products such as cable boxes and DVRs, and industrial monitoring and control systems. These need only limited-function point-to-point links, often with just unidirectional (simplex) data flow and simple format/protocol, and operating over link distances that range from just a few centimeters to tens of meters.

This article will examine short-distance wireless standards, products, and vendors that engineers can choose from in developing their design solutions. Let us begin with a brief review of propagation basics.

Designers have a wide choice of standards, protocols, and formats, each of which brings different combinations of range, power, data rate, and robustness to the application. Before looking at any specific wireless link implementations, it is a good idea to review the basic propagation physics of any wireless link. The maximum range and associated power parameters are a function of frequency and distance, and is then diminished by losses, noise, and fading.

The fundamental equation for free-space path loss is:

Where f is frequency in megahertz and d is distance in meters (for other units, the "-27.55" changes. The rest remains unchanged). This loss equation is for a direct, line-of-sight path with no obstacles (Figure 1). Unavoidable objects in the path, such as trees (and their leaves), walls, people, and vehicles will increase the loss, often by tens of decibels. 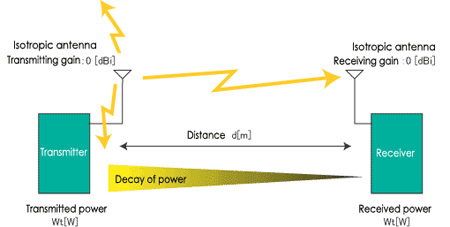 With this estimate of path loss, you can work out required transmitter power to achieve a usable signal at the receiver, again using a basic formula:

Fade margin is the signal variation due to location, “dead zones,” interference, and myriad other problems. In best-case situations, it may be less than 5 dB, but can easily reach 20, 30, or even 40 dB. You can overcome severe fade margin up to a point by using diversity antennas, or lower data rates and more robust protocols (including error correction and re-transmission) but the latter two impose a throughput price.

Representative receiver sensitivities of today’s RF front ends span a wide range, from about -60 dBm to a very sensitive –130 dBm. If the basic analysis shows that the received signal strength will be insufficient, the designer must choose and balance one or more options, including increasing transmit power, or using antennas with gain at one or both ends. How practical these options are depends on the situation. Many installations have mobile transmitting and/or receiving ends, so higher-gain, directional antennas may not be feasible. For example, in some cases it is practical to adjust and flatten the antenna-radiation pattern so less power goes “up” and more goes horizontally.

Obviously, increasing transmitter power will affect battery usage, run time, and even bring regulatory issues into the mix. At the same time, spending more for a more sensitive receiver may not be feasible, since ultimately, SNR (signal to noise ratio) determines if the received signal can be demodulated and the data recovered, regardless of sensitivity. For these reasons, many low-power systems operate in burst modes, where they transmit at the highest practical power and then go into a deep, power-saving sleep state.

There are many available possibilities for low-power links. Some are defined by industry standards, while others are proprietary with proponents who claim they provide superior performance in specific applications. Among the choices (and there are many more) are ANT, Bluetooth (and BT Low Power), ISA 100a, ISM Band Part 15, NFC (Near Field Communications), RFID (Radio Frequency Identification), UWB (Ultra Wide Band), HART (Highway Addressable Remote Transducer), ZigBee, and Z-Wave; IrDA (infrared) is another wireless option, though it is usually not considered to be “RF.”

Since Bluetooth, (see the TechZone articles “Integrating Bluetooth Technology into Embedded System Designs” and “Bluetooth Goes Ultra-Low-Power”) ISM, and ZigBee (see the TechZone article “Zigbee: A Global Wireless Standard”) are relatively well known, we will focus on some of the protocols that have less visibility, but still may be the right choice for your situation.

ANT (and ANT+) is a proprietary protocol targeted low-rate, low-throughput application such as sports monitoring and personal wellness (personal area networks, or PAN). It operates in bursts in the 2.4 GHz ISM band, with long periods in extremely-low-power sleep mode. Range is less than 10 meters, best case.

An ANT system can operate in receive-only mode (no acknowledgement) for basic sensors in non-critical uses, acknowledge mode with a brief response but no retransmission (for low-level control), and a broadcast mode (for networked use). A typical ANT system uses under 100 μA during sleep, 10 to 20 mA during transmission, and 20 mA during receive (if it has a receive mode). ANT+ adds functions for mesh networks and synchronization.

UWB is a very-high-frequency approach that is intended to support high data rates, such as needed for video links, over relatively short distances below 10 m maximum. It uses complex orthogonal modulation (OFDM) in the 3.1 to 10.6 GHz band, with multiple channels each 528 MHz wide. As a result, it can provide data rates between 53 Mbits/sec to 480 Mbit/sec, suitable for linking TV cameras, video monitors with PCs, and set-top boxes. The standard is defined by the WiMedia Alliance as well as the ISO/IEC. Several years ago, UWB was touted as the next big thing in links, but its adoption has been slow for various reasons, and wired/wireless Ethernet seems to have a stronger position.

HART is a bi-directional communication protocol that provides data access between intelligent field instruments and host systems, available in wired and wireless versions. It is widely used in the industry for sensors and transducers in monitoring and control applications with proponents claiming over 30 million nodes in use. Although originally defined in the mid-1980s by a single vendor, it subsequently became an open, non-proprietary standard.

The wireless version is based on the IEEE 802.14.4 standard operating in the 2.4 GHz band; the wired version uses the legacy 4 to 20 mA analog industrial control loop as its path for digital data. Due to the large installed base of wired systems, the wireless version maintains compatibility with the wired version, and adds encryption and error checking/correction for robustness in the electrically challenging and critical process-control environment.

ISA 100A was developed by the International Society of Automation, also as a PAN with a 10 m maximum range. For robustness, it uses the established IEEE 802.15.4 physical (PHY) and media access control (MAC) layers, but adds additional functions to increase reliability, security, and integrity.

NFC is attracting attention for very-short-distance links (below 10 cm), using a smartphone for contactless payment or access control (the maximum is 20 cm, the reality is far less). The underlying principal is magnetic induction using paired loop antennas as an air-core transformer, in contrast to an electric field of an RF signal. Data rates for this link are between 106 to 424 kbits/s, with the standard primarily defined by ISO/IEC 18000-3 and a multi-vendor consortium. The initiate node generates an RF field, which can be used to power a passive target (a sticker or key fob), although the target can be active as well, such as a door-access control. (For more information on NFC, see the TechZone article “Lower-Cost Integrated Solutions Enable New NFC Wireless Apps”).

RFID is a catch-all for tags used for inventory tracking (including shoplifting prevention) and access control for distances up to about 1 m; you can think of it as an electric version of the ubiquitous bar code. The reader unit is powered and the tags are almost always passive; energy from the reader is used to power the tag and read what is in its memory. (For more information, see the TechZone article “Getting Started with RFID”).

Due to the large number of tags in a given installation, low cost per tag is critical. Though most tags have read-only memory, some tags do have read/write capability. Most RFID systems operate in the 13.56 MHz ISM band, but some use 125 kHz, 134.5 kHz, and even 902 to 928 MHz. RFID is covered by an area of open standards from the ISO, but there are proprietary systems in use as well.

It is difficult to create an RF link design on your own. It involves multiple technical disciplines from DC through RF, as well as adherence to regulatory standards and compliance. For this reason, vendors have made a significant effort in providing in-depth design support. Following are some examples. 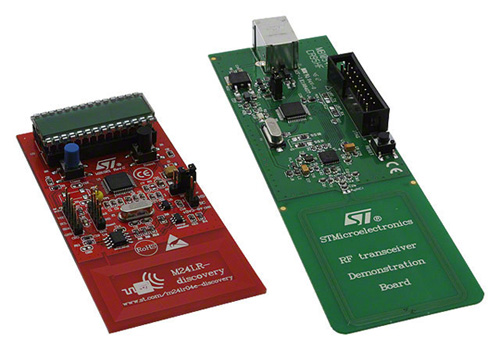 Figure 2: The two-board M24LR-DISCOVERY kit from STMicroelectronics is a complete ISO/IEC 15693 13.56 MHz RFID development system, including PC board antennas.

The M24LR board provides ISO/IEC 15693 RF interfaces, 4 Kbits of EEPROM, and password protection along with the STM8L152C6T6 8-bit microcontroller, 8 Kbytes of Flash memory, and a 20 x 40 mm inductive antenna etched on the PCB. The RF transceiver board provides a multi-protocol contactless transceiver IC with SPI and UART ports, the STM32F103CB has a 32-bit microcontroller, with 128 Kbytes of Flash memory, a 47 x 34 mm 13.56 MHz inductive antenna etched on the PCB, and associated circuitry including USB connector for communication with host PC.

In the even-more challenging NFC arena, NXP Semiconductors has the PREV533D evaluation board for their NFC controller (Figure 3), also a 13.56 MHz system. It connects to a host/test PC via an integral USB connector. 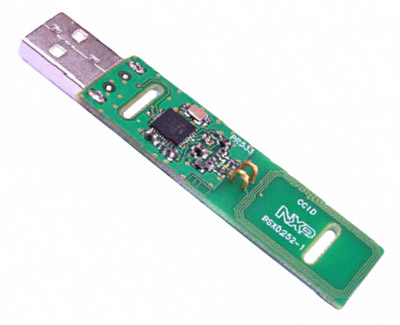 Figure 3: For exploring near field communications, the NXP PREV533D evaluation board provides a simple way to start. 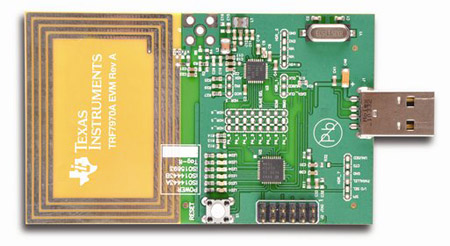 Figure 4: The TRF7970A Transceiver IC from Texas Instruments can be used for either RFID or NFC designs at 13.56 MHz.

For 125 kHz, RFID-targeting auto applications, Melexis offers its MLX90109 transceiver, which requires just an external LC tank and two resistors for use, and supports an efficient antenna design.

Also available to help design engineers are Product Training Modules on the Hotenda website. Within the wireless solution section you will find 50 entries providing a quick way to learn about a device and/or technology, listed by supplier in alphabetical order. These are slideshows (with or without audio) including an introductory page that tells you the objective of the PTM, the number of pages of content, and approximately how long it will take to learn about the products and technologies presented.

This article has presented just some of the many short-distance wireless standards, vendors, and products to consider. While the potential for wireless interfaces will continue to increase as the need for device connectivity in more applications grows, engineers can take comfort in knowing that the tools and resources available to make the right choice in selecting a short-range RF solution continue to grow as well.