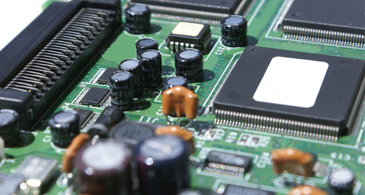 Many large and mid-size electronics manufacturers have abandoned the idea of locating manufacturing in countries that have the lowest-cost labor rates.

Instead, more OEMs and electronics manufacturing services (EMS) providers are taking a regional approach and building products in the regions in which they want to sell them. Electronics manufacturers, especially mid-size companies, are basing outsourcing decisions on total cost rather than just low labor rates.

“There has been a major sea of change. People are looking at the total cost,” said Jennifer Read, co-founder and principal at Barnhart and Associates (CBA), electronics outsourcing consultancy. Labor is just one part of total cost, which includes logistics, quality, exchange rates, and taxes, among other things.

One reason for looking at total cost rather than just labor cost is that the labor advantage of China and some other lower-cost countries has disappeared.

“Labor rates in China are going up one and a half percent per month,” said Read. “That’s pretty dramatic.”

In fact, the labor rate for electronics manufacturing in China is now higher than parts of Mexico, said Read. In the first quarter, the fully burdened average hourly labor rate for box build at an EMS provider in Central Mexico was $8.87, while in China the cost was $11. In the U.S. the rate was $29.95, according to CBA.

Desire to have a global manufacturing footprint and pursuing sales in new markets are the two issues discussed by electronics companies when investigating low-cost regions for manufacturing.“Who would've thought that labor costs in China would go up as fast as they did?” asked Read. “Five years ago everyone was saying there was an unlimited number of workers in China so they will never run out of cheap labor, but that is not the case.”

Industry analysts say it is only natural that wages would increase in China as electronics manufacturing has been growing there for a decade. In addition, the government supports higher wages for workers.

“China wants its people to have more money. They want a middle-class,” said Thomas Dinges, senior consultant global EMS and ODM research practice for researcher IHS. “When you have a very large labor manufacturing base, you have to increase the wages.”

As a result of rising labor rates, some companies are reassessing their presence in China as their low-cost manufacturing area.

“They are taking a look at is how much business they have in facilities in China and how much of it can’t be done anywhere else but China,” said Dinges. Products like cell phones and PCs will likely continue to be produced in China.

“The whole supply food chain for those products is there, and companies just can't rip that out,” he said.

Dinges added that some companies may “double down on the investment in some of those markets and move production from coastal areas of China to inland areas because labor is about 25 percent cheaper.”

While labor rates in China have increased, there are not any other regions of the world that have dirt-cheap labor, said Dinges.

“There are no new low-cost areas. They have all been explored,” he said. “We have not discovered a new country where people are willing to work for $.50 an hour.”

Build where you sell 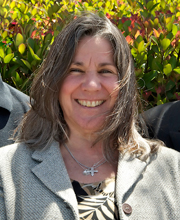 “Who would've thought that labor costs in China would go up as fast as they did?” asked Jennifer Read, principal and co-founder of Charlie Barnhart & Associates.Rather than chasing low labor rates, more companies are taking are taking a total cost approach in deciding where to manufacture and increasingly manufacturing in regions where they can sell their products.

“The idea is to build in the region for the region, and that is really taking hold at this point,” said Read. The decision where to manufacture “depends on the market segment and the product being built. One size does not fit all.”

She added that there are several considerations in deciding where to build, and the labor rate is just one. “How complex are your boards, what's your volume, how many engineering changes will have to be made?" asked Read.

With the price of oil being high, logistics cost is a factor in outsourcing decisions. Other costs that are factored include quality, currency exchange rates, leadtimes of parts in a region, and intellectual property (IP). If a company has its IP pirated, it can cost millions in lost revenue.

Some companies factor in the potential of corruption in certain countries when deciding on where to locate manufacturing. In fact an organization called Transparency International publishes a Corruption Perception Index that rates countries on a 1 to 10 basis. Many emerging countries score poorly on the index, indicating a high perception of corruption.

Read said that while many electronics companies have abandoned the idea of trying to find regions that have lowest cost labor, it does not mean that they do not want to expand into emerging regions.

In fact, many mid-tier companies want to locate manufacturing in the region because they want to have on global manufacturing footprint and want to sell their products in the emerging region.

In a 2010 study by CBA, 72 percent of survey respondents at mid-size electronics companies said they were investigating low-cost regions because they wanted to have a global manufacturing footprint. More than 55 percent said they wanted to tap into new markets for their products and thought that having a local presence would help them sell in those countries.

In some cases, an electronics OEM wanting to sell products in a region may find a low a lower cost country within the region to manufacture. Mexico is a classic example in North America.

“If you're in Western Europe, there are parts of Eastern Europe where companies may go for lower-cost labor. Even within the United States are certain parts of the country that have lower labor costs than others,” said Read. 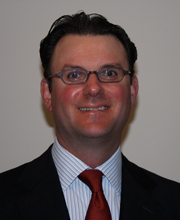 “They are taking a look at is how much business they have in facilities in China, and how much of it can’t be done anywhere else but China,” said Thomas Dinges, senior consultant global EMS & ODM research practice for researcher IHS.While there may not be any new low-cost regions, some OEMs and EMS providers may be expanding their footprints in existing low-cost regions. However, expansion is not on a grand scale.

“There are no real wholesale investments going on anywhere,” noted Dinges. “EMS providers are not saying we’re going to add 7 percent more floor space this year. Expansion is very targeted. If expansion does occur, it is usually at the behest of a couple of OEM customers.”

It is a change of strategy. “Five years ago, the attitude was build it and they will come. An EMS provider would build a facility hoping to attract OEM customers. That era is over," said Dinges.

He added that there are modest expansions occurring in Eastern Europe, Vietnam, India, and Brazil.

Some EMS providers are expanding in Romania, which has “relatively inexpensive labor,” according to Dinges. “The Ukraine has sizable capacity, and Hungary probably has the most capacity in Eastern Europe.”

Some EMS providers are building consumer and industrial products in Vietnam. Jabil and Spartronics have factories there.

Expansion is occurring in Brazil. Most of it involves Foxconn, but other major EMS companies including Flextronics, Sanmina-SCI, Jabil, and Benchmark have facilities there and are discussing expansion, Dinges reported.

When EMS providers expand into a new region, suppliers often follow, at least with warehouses if not production lines.

“Production depends on what kind of product,” said Dinges. “With semiconductors, the answer is no. If it is a supplier that makes plastics, metals, cabling, mechanical items, production will be close by.”

While most electronics companies have abandoned the notion of transitioning manufacturing to countries with the lowest labor rates, some executives believe it is still the way to go.

“There are still a lot of senior C-suite type strategists that think that is the way to save money long-term,” said Read. “It isn’t.”