No Supply Issues Ahead for Inductors

Expect steady prices and short leadtimes for inductors for the rest of the year. 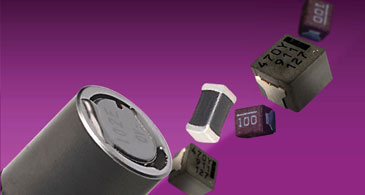 After experiencing extended leadtimes for several chip inductor lines last year, magnetic component manufacturers report that deliveries are back to normal at about four to ten weeks. They also expect pricing to remain stable unless the price of copper, which has the biggest impact on inductor tags, starts to rise again.

The good news for buyers of multilayer and wirewound inductors is that inductor manufacturers are keeping a close eye on their production capacity and supply chain to ensure that there is plenty of supply for the next uptick in demand.

In 2011, some chip inductor deliveries stretched by several weeks to the 12- to 20-week range, either due to high demand or the Japan earthquake and tsunami.

By continuing to add production capacity for power inductors, in particular the IHLP series, leadtimes are stable again at about eight weeks after extending to 12 to 14 weeks last year, according to David J. Valletta, executive vice president worldwide sales for Vishay Intertechnology in Malvern, Pa.

Vishay has experienced double-digit growth for its surface-mount power inductors for several years, primarily due to growth in portable product markets, Valletta noted.

TDK also experienced extended leadtimes in 2011, primarily due to the Japan earthquake and tsunami in March. Although TDK facilities in Japan were not directly impacted, it did effect deliveries and output due to infrastructure issues that caused delays.

"The TDK inductor facilities were hit with rolling power outages, which temporarily extended lead times to 16 to 20 weeks for approximately three to four months," said Joseph Pulomena, director of product marketing, EPCOS Inc., a member of TDK-EPC Corp., Magnetics Business Group in Iselin, N.J. "After that, production went back to normal operation with lead times in the four- to eight-week range."

Like many inductor suppliers, EPCOS does not expect any supply issues in 2012. "All that capacity we added about one year to one-and-a-half years ago is still in place so the pressure on leadtimes has come down quite a bit," said Pulomena.

One area where EPCOS continually adds capacity is for EMC protection devices, particularly common mode chokes used in vehicles. One new series, the ACT1210 CAN bus choke, includes a smaller version of an existing line.

“We're at the point now where everybody is looking to fulfill what they can, and at the same time, have the right capacity in place so we can follow the next uptick," added Pulomena.

Even if demand does not uptick as expected, Broderick expects inventory replenishment to drive sales. "A lot of people were depleting inventories, and you can only go so low before you have to replenish,” she said. 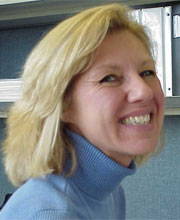 “The biggest challenge is to maintain a supply chain flow if demand upturns suddenly,” said Mia Broderick, marketing manager, API Delevan.If buyers run into a hard to find inductor on their bill of materials, and are looking for an alternative device, inductor suppliers recommend that they first sample the part because no two are the same.

Although chip inductors are easier to cross than choke coils, which do not have standard case sizes or footprints, there could be differences in performance even though they may have the same package size and same basic specs, according to Leonard Metzger, senior application engineer, Panasonic Industrial Devices Sales Company of America, Passive Electronic Components - Circuit Components in Secaucus, N.J.

Buyers should try to dual source as much as possible. "If it's high enough volume, they may be able to get two or three major suppliers to come up with the same devices," said Pulomena.

When demand increases, buyers can expect pricing to stabilize, which generally means prices are unlikely to fall by the typical 2-3 percent range annually for passive components. Buyers also need to factor in the rising cost of raw materials, in particular copper, especially for larger devices that use a lot more material.

In 2012, buyers should not expect price hikes. When the "market and raw materials prices cool a little bit, it puts a little downward pressure on prices," said Valletta. "You definitely won't see any increases this year." 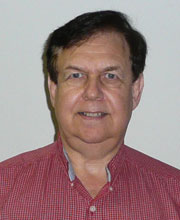 API Delevan had its first price increase in four years in 2011 due to rising materials costs. Broderick said the company had to increase prices slightly in the range of 2 to less than 5 percent, depending on the product line and how much copper is used in the part. "We had been absorbing it, but there comes a point where you can't manage it anymore," she said.

In most cases, the total increases in raw materials costs cannot be passed on to buyer, so inductor manufacturers offset some of those costs by optimizing production.

API Delevan focuses on continuous improvement in manufacturing to help keep prices in check. "As raw materials cost went up, we tried to take costs out of our processes to keep the market prices stable," said Broderick.

Inductor suppliers expect single digit to 10 percent sales growth in 2012, despite a first half slowdown. A good portion of the growth will be driven by high-reliability applications such as automotive that need higher operating temperature and more robust inductors, and consumer electronics that call for smaller and high-power devices.

Emerging markets such as electric vehicles and microinverters for the solar market also could have a positive impact on the magnetics market.

Vishay added the IHLP 6767 series, which could find a home in electric vehicles because of its high power and high operating temperature.

API Delevan is said to be the only inductor manufacturer to be qualified to MIL-PRF-39010 Level "S" failure rate for wirewound RF axial-leaded inductors.