No Changes Ahead for Linear Transformers 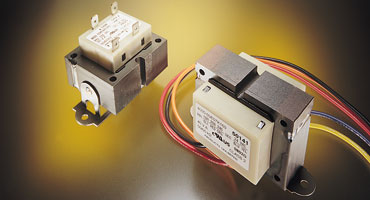 TE Connectivity offers a family of Class 2 panel-mount transformers with a variety of agency approvals.The good news for buyers is that pricing is expected to remain stable for linear transformers, which are typically used in machinery, security systems, medical devices and HVAC systems. Pricing for these power transformers can be greatly affected by raw materials costs, particularly for copper and steel.

“A few years ago, copper and steel prices were going through the roof and it was very unpredictable,” says Sandy Axelrad, general manager, Signal Transformer, Inwood, N.Y. “In today's market, prices are very stable, and we do not see price increases due to commodities. Today, we are fortunate because commodity prices are stable.”

Signal Transformer hasn't increased prices for its standard linear products over the past five years thanks to efficiency improvements at manufacturing locations and negotiating better contracts with raw materials suppliers, says Axelrad. The company's purchasing team works closely with key suppliers on cost reduction and VMI programs based on blanket annual orders. 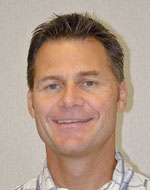 “Pricing has been very stable over the past six to 12 months. I expect prices to remain flat for the coming six months,” says Steve Leitner, product manager at TE Connectivity.“It's also been fortunate that commodity prices didn't fluctuate by as much as prior to 2008 when things were out of control,” says Axelrad.

“Pricing has been very stable over the past six to 12 months,” agrees Steve Leitner, product manager, TE Connectivity, Winston-Salem, N.C. “I expect prices to remain flat for the coming six months.”

Although copper windings “make up a fair amount of the cost in a transformer,” says Leitner, materials costs “have been stable as far as supply and costs over the last six months.”

“Obviously, we have to keep an eye on that and be cognizant of any significant changes up or down, but it's been relatively stable over the last six months,” Leitner adds.

Today, one of the biggest challenges that transformer manufacturers face is the rising labor rate in China.

“The challenges that many manufacturers are facing is that the labor rate in China is going up, and the erosion of the dollar to the RMB [currency of the People's Republic of China]. The dollar erosion is buying us less labor hours in China,” says Axelrad.

In addition to the increasing labor rate, there is also a shortage of labor in the economic zones, which are closer in proximity to Hong Kong, says Axelrad. This is forcing suppliers to move further inland, where there is cheaper labor, but then suppliers are challenged with high transportation costs and a lack of skilled labor workforce, he adds. 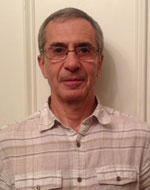 “In today's market, prices are very stable, and we do not see price increases due to commodities. Today, we are fortunate because commodity prices are stable,” says Sandy Axelrad, general manager at Signal Transformer.To offset some of the rising labor and transportation costs, Signal Transformer also has manufacturing locations in the Dominican Republic, which offers duty-free shipping under the Dominican Republic-Central America-United States Free Trade Agreement (CAFTA-DR). These locations primarily manufacture the company's larger, heavier transformers.

“We constantly take advantage of our manufacturing presence in Asia and in the Dominican Republic and wisely shift products and production where we can take appropriate cost advantage,” says Axelrad. “These manufacturing facilities allow us to manage [the] supply chain for our North American and our Asian customers while allowing us to reduce cost of transportation and duties,” he adds.

About five years ago, TE Connectivity made the decision to move its transformer manufacturing from China to Mexico. Lead times are around 12 weeks. Only a small PCB transformer line is manufactured in China.

The linear transformer is a mature commodity-type product line, so there aren't many innovations occurring in this market, say suppliers; however, they are available in different sizes and efficiency values to meet customer requirements.

Despite slow to flat growth for standard catalog items—as customers switch from linear to switching power supplies—Axelrad sees growth for transformers in the over 2 KVA range as utility companies upgrade their systems, as well as for custom designs. Signal Transformer manufactures a variety of transformers, including linear, high frequency and switching devices.

However, suppliers still report demand for Class II transformers because they are still the cheapest solution for HVAC units, says Axelrad.

Leitner says he expects less than 5% growth this year, which is about the same or slightly better than last year.

“Recently, our booking levels have been very good so it's very encouraging,” he says.

“Our biggest challenge is what is going to happen with the housing industry. It has been relatively flat,” Leitner adds. “We anticipate some modest increase over the next six months, and as consumers regain confidence in the economy—and new home and existing home sales grow—then we would see that as a positive factor for our transformers.”

Leitner says there are opportunities in the lighting industry, garage door openers, vending machines and air purifier systems, although the bulk of its business is from HVAC.