Despite the potential hazards of ultraviolet light, which are evident in everyday life by its causing sunburn, the ultraviolet (UV) spectrum offers many beneficial effects in a variety of technical manufacturing and industrial processing areas.


Despite the potential hazards of ultraviolet light, which are evident in everyday life by its causing sunburn, the ultraviolet (UV) spectrum offers many beneficial effects in a variety of technical manufacturing and industrial processing areas. Just as standard visible wavelength LEDs have impacted today’s illumination, signage and display markets, so the advanced deployment of Ultraviolet LEDs is now offering a wide range of advantages to a diverse number of applications, especially in technical and industrial markets.

According to Richard Halliday, director of sales and marketing at Lumex, the benefits of the latest generation of UV LED technologies mean that this market is projected to grow rapidly: he quotes an expected CAGR figure of 31% in the next five years.

Research by Yole Développement bears out this rapid rate of growth. UV LEDs are forecast to account for approximately 28% of the total UV lamp market by 2016.Thanks to their compactness, lower cost of ownership, and environmentally-friendly composition, UV LEDs will continue replacing traditional UV lamps in existing applications, but will also create new applications, especially portable ones. Yole expects the UV LED market to grow from $32.5 million in 2011 to more than $150 million per year by 2016¹.

Between 2011 and 2016, the UV LED market is expected to grow by a factor of five, whereas the market for traditional UV lamps will only grow by a factor of 1.5. In 2011, LEDs continued to be sold mostly in the UV-A/B spectrum (especially in upper wavelengths, between 365 to 400 nm). More than 90% of the UV LED market, outside of research and development applications, was covered by UV curing, counterfeit detection, and medical and instrumentation applications which require UV-A/B sources.

In 2011, UV-C LEDs were mainly sold for research and development and scientific instrumentation purposes. However, 2012 is expected to see the commercialization of the first UV LED-based purification system. UV-A (400-315 nm) business is currently the largest portion of the market and will remain so for at least the next 5 years, making up a 90% share in 2010 and a projected 85% in 2016. 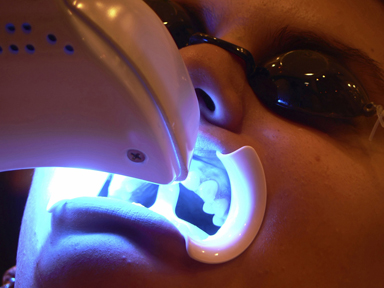 Dental curing instruments and counterfeit detection were relatively early applications of UV LED technology, but performance, cost and durability benefits, combined with recent enhancements in lifespan, are leading to UV LEDs being integrated into a rapidly growing number of applications.

UV LEDs are also much smaller in size and more durable than CCFLs with equivalent optical output. Furthermore, UV LEDs are more resistant to vibration and impact, resulting in less product breakage and reduced waste and maintenance expense.

Over the past ten years or so, UV LED technology has been challenged by a problem – previous generations of component offered insufficient operational lifespan. Despite their many benefits, adoption of UV LED technology was significantly slowed due to the fact that UV rays easily break down older types of LED epoxy, reducing the life span of the resulting UV LEDs to less than 5,000 hours.

More recently, manufacturers moved to the use of hardened or UV-resistant epoxy packages that increased typical lifespans up to 10,000 hours. However, this figure was still insufficient for many otherwise suitable applications. This drawback was often further complicated by the fact that epoxy breakdown is erratic and not linear, potentially resulting in poor performance even during the operational lifespan of the product. 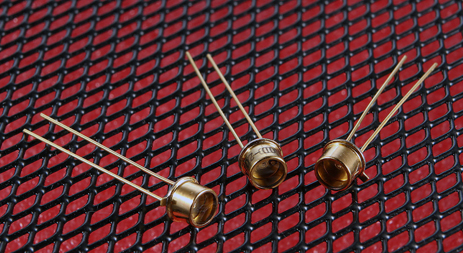 In 2010-2011, a new technology emerged that solves these engineering challenges. For example, in Lumex´s new QuasarBrite UV LED technology³, the epoxy lenses are replaced with a robust TO-46 package with a glass lens, allowing the packaged device to operate effectively for at least ten times longer than previous technologies, providing a typical lifespan of more than 50,000 hours.

Lumex says that with this major engineering challenge resolved, along with other issues related to die stabilization at specific wavelengths, UV LED technology has now become an attractive option for a growing number of applications.

The next major challenge for UV LED technology will come in the area of efficiency, says Lumex’s Richard Halliday. For many applications such as medical light therapy, water sterilization, and polymer curing at wavelengths shorter than 365 nm, the output power of UV LEDs is typically only five to eight percent of input power. At 385 nm and above, the efficiency gradually improves, but only to about fifteen percent. As emerging technology developments tackle these efficiency challenges, even more applications are expected to adopt UV LEDs.

UV LEDs also provide significant performance benefits compared to alternative technologies. For instance, they can provide a tighter beam angle and more uniform beam patterns. Because of the challenges in optical efficiency inherent to UV LEDs, most design engineers are looking for a specific beam angle that maximizes the output over the targeted area. With ordinary UV lamps, an engineer has to rely on flooding the area with enough light to try and achieve the right combination of uniformity and intensity. However, with UV LEDs, their lensing allows for a much tighter emission angle, allowing the majority of the UV LEDs’ output to be focused directly where it is required. To match this performance, rival technologies would require secondary lenses with additional cost and space requirements.

The combination of tight beam angle and uniform beam patterns without the need for a secondary lens, reduced energy consumption, and enhanced durability allows UV LEDs to provide up to 50% cost savings compared to CCFL technology.

It is often more practical from both a cost and performance perspective to design UV LED solutions specifically for a particular application than it is to adapt standard technology to specific applications. In many cases, UV LEDs are used in an array where beam pattern and optical intensity consistency are critical across the entire array. 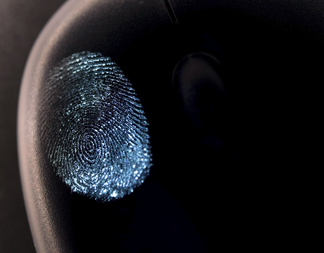 By having a UV LED supplier provide an integrated array specifically for the application, the overall bill of materials (BOM) can be reduced, along with the number of suppliers, and the array can be tested for the specific application before it is released to the design engineer. This reduces overall cost in the engineering and procurement departments by reducing transactions, providing a highly efficient solution that is tailored to match the demands of the end application.

Lumex’s Halliday comments that it is better to consider a supplier that can provide cost-effective, custom-designed UV LED solutions specifically for a particular application. “For example, a supplier partner who has decades of experience with PCB design, custom optics, ray tracing and molding will be able to offer a host of options for the most cost effective and targeted solution,” he said.

In July 2011, Lumex announced the extension of its QuasarBrite UV range of LED technologies to include three extra wavelengths as standard, as well as the availability of “custom” UV LED arrays. Lumex says its QuasarBrite UV LEDs provide up to ten times longer lifespan, with up to 50% cost savings, and up to 70% lower energy consumption.

The RoHS-compliant QuasarBrite UV LEDs are available in standard 355 nm, 365 nm and 377 nm wavelengths in a through-hole format. They are ideally suited for applications such as: security (counterfeit detection for currency, passports and other travel documents); forensics (such as analysis of bodily fluids); and as photo catalysts for air and water purifier applications.

“Previously, widespread use of UV LED technology, especially in the shorter UV wavelengths, was hindered because the materials used in the epoxy LED lens degraded the lifespan of UV LEDs to less than 5,000 hours,” explained Kay Fernandez, Product Technology Manager at Lumex. “Recent technological developments have allowed the epoxy lenses to be replaced by a robust TO-46 package with a glass lens, making it possible for QuasarBrite UVs to last ten times longer, with life spans of more than 50,000 hours.”

In addition to enhanced life span, these UV LEDs provide several key benefits compared to alternative technologies like CCFLs. QuasarBrite UV LEDs provide a uniform beam pattern. To match this performance CCFLs would require a secondary lens resulting in additional cost and space investment. Additionally, Lumex’s UV LEDs do not use the hazardous mercury material found in CCFL technology and are more durable in their design, thereby significantly reducing maintenance costs. Lumex’s UV LEDs also have up to 70% lower energy consumption than CCFLs. These factors combined make for 50% cost savings compared to CCFLs.

“Because of significant cost and performance benefits UV LEDs provide over alternative technologies such as CCFLs, there is a dramatic growth in demand for UV LED technology worldwide,” explained Fernandez. “Lumex now offers a total of six standard UV wavelengths (355, 365, 377, 385, 405 and 415 nm) as well as an almost limitless number of custom options to meet the needs of this growing market.”

The latest 355 nm, 365 nm and 377 nm QuasarBrite UV LEDs feature an 80° viewing angle and operating temperature range from -40°C to 100°C. Samples of these devices are available immediately from stock, and can be ordered by visiting the Hotenda website. Standard and custom production lead times range from 18-20 weeks.