A look at how micromachining optimizes the miniaturization of sensors and reduction of sensor element sizes via standard semiconductor manufacturing technology.


Micromachining has become a key technology for the miniaturization of sensors. Being able to reduce the size of the sensing element by using standard semiconductor manufacturing technology allows a dramatic reduction in size. Integrating the signal processing alongside the sensing element further enhances the opportunities to reduce the size of the system, eliminating the need for extra pins to link to external devices. The choice of micromachining process technology can also determine the limits of miniaturization, but this is often determined by the sensor type. Piezoelectric micromachined elements for pressure sensing have less opportunity to scale than a diaphragm built from CMOS silicon on the surface of a substrate, for example, but can deliver higher performance. 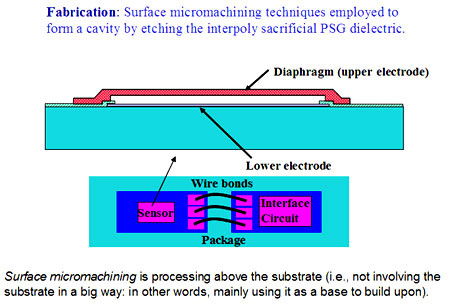 Sensors also suffer from scaling issues that reduce the sensitivity and performance, although this can be mitigated through innovative design of the element structure. This innovative design can also be used to integrate multiple elements into a single sensor. This is most obviously seen in 6-axis accelerometers where the careful design of the element can provide movement data along multiple axes. This also helps with miniaturizing the system, replacing several sensors with one device.

However, this move to integration and miniaturization comes at a cost, usually in the noise and dynamic range. For example, adding filtering and signal processing to determine the different forces acting on a complex sensing element and filtering out the noise from the different elements can lead to a slower response time and limit the overall dynamic range. While this may be acceptable for a small, space-constrained application such as wearable electronics, it may not be suitable for a small, unmanned aerial vehicle (UAV) that has similar space constraints but higher accuracy demands.

The Kionix KXCJ9 is a 3-axis silicon micromachined accelerometer with a range of +/-2 g, +/-4 g or +/-8 g. The sense element is built using Kionix’s proprietary plasma micromachining process technology.

The acceleration sensing is based on the principle of a differential capacitance arising from acceleration-induced motion of the sense element, which uses common mode cancellation from the design of the sensing element to reduce any errors that happen from process variation, temperature, and environmental stress. The sense element is hermetically sealed at the wafer level by bonding a second silicon lid wafer to the device using a glass frit, rather than using a hermetically-sealed package, and this helps reduce the overall size of the device. 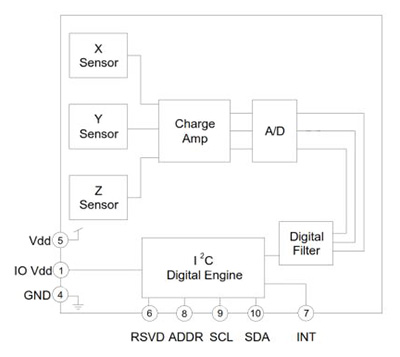 Figure 2: The Kionix KXCJ9 silicon accelerometer is housed in a hermetically-sealed cavity created at the wafer level from second bonded wafer.

A separate signal processing ASIC is packaged with the sense element to further reduce the overall footprint of the sensor, resulting in a 3 x 3 x 0.9 mm LGA plastic package operating from a 1.8 – 3.6 VDC supply. Voltage regulators are used to maintain constant internal operating voltages over the range of input supply voltages. This provides stable operating characteristics over the range of input supply voltages to remove any errors from supply variation and eliminate the need for external power conditioning, further reducing the overall size of the design.

The LPS25H from STMicroelectronics is an ultra-compact absolute pressure sensor using a monolithic piezoresistive element built with a dedicated process developed by ST. This consists of a suspended membrane inside a single mono-silicon substrate, creating an element that is significantly smaller than traditionally built silicon micromachined membranes. Membrane breakage is prevented by an intrinsic mechanical stopper. This provides a range of 260 to 1260 hPa for measuring the absolute pressure for applications from sports watches to weather stations. 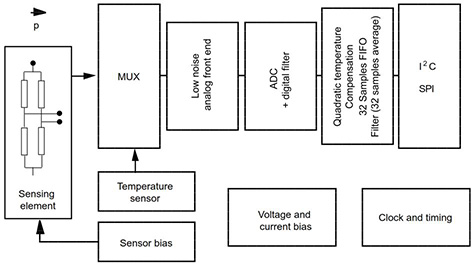 Figure 3: The LPS25H is available in a 10-pin cavity-holed LGA package (HCLGA) that measures 2.5 x 2.5 x 1 mm and is holed to allow external pressure to reach the piezoelectric sensing element.

The interface is manufactured using a standard CMOS process that allows a high level of integration to design a dedicated circuit which is trimmed to better match the sensing element characteristics. The complete measurement chain is composed by a low-noise amplifier, which converts the resistance unbalancing of the MEMS sensors (pressure and temperature) into an analog voltage that is available to the user through an embedded 24-bit analog-to-digital converter (ADC) with an output data rate (ODR) that is selectable from 1 Hz to 25 Hz with a one-shot option. The LPS25H is available in a 10-pin cavity-holed LGA package (HCLGA) that measures 2.5 x 2.5 x 1 mm and is holed to allow external pressure to reach the sensing element. Using a piezoelectric element allows it to operate over a temperature range from -30°C to +105°C.

Combining data from the multiple axes of micromachined accelerometers is often used to alert the main processor that the device is about to be activated, but this approach is also increasingly part of the user interface to support gesture interfaces. Using the combination of data allows system designers to further miniaturize equipment by eliminating keyboards, buttons and other interface technologies.

The MMA8451Q from Freescale Semiconductor is a bulk micromachined three-axis, capacitive accelerometer with 14 bits of resolution in a 3 x 3 x 1 mm QFN package that uses all three axes to provide the data that is needed. The motion-detection function can analyze static acceleration changes or faster jolts. For example, to detect that an object is spinning, all three axes would be enabled with a threshold detection of over 2 g. When the acceleration exceeds a set threshold, either as a fast shake or a slow tilt, a motion interrupt can be triggered, depending on the threshold and timing values configured for the event.

This condition would need to occur for a minimum of 100 ms to ensure that the event was not just noise. The timing value is set by a configurable debounce counter, which acts like a filter to determine whether the condition exists for a configurable set of time (i.e., 100 ms or longer). There is also directional data available in the source register to detect the direction of the motion. This is useful for applications such as directional shake or flick, which assists with the algorithm for various gesture detections.

The MMA8451Q has embedded single/double and directional tap detection supported by several customizable timers that are used to set the pulse time width and the latency time between pulses. There are programmable thresholds for all three axes and the tap detection can be configured to run through the high-pass filter and also through a low-pass filter, providing more customization and tunable tap detection schemes. The status register provides updates on the axes where the event was detected and the direction of the tap.

The different micromachining technologies give the designer different optimization options for miniaturizing a system. These range from integrating the signal processing to reduce the overall footprint of the sensor to combining multiple streams of data to eliminate other, larger devices in the system as another way to reduce the overall size of the system. However, the choice of the underlying sensor technology can restrict the overall range and performance of the devices and so requires careful consideration alongside the move to miniaturization.