Each year, the U.S. Environmental Protection Agency (EPA) puts the marketing muscle of the Energy Star program behind new technologies.

Perhaps more dramatically than any other technology, micro-CHP demonstrates the trend toward decentralization of energy generation and the vital role that the smart grid serves connecting energy consumers and a growing array of diverse energy producers.

Micro-CHP produces both heat and electricity, capturing heat otherwise wasted by an internal combustion electrical generator. By recycling this energy to heat homes or water, typical micro-CHP units operate above 90 percent overall efficiency, while providing both grid-independent electricity and heating at a lower cost than conventional fuel sources.

Residential space heating remains the primary use of energy in U.S. households, according to the U.S. Department of Energy (see Figure 1). Micro-CHP, like any technology that promises lower heating costs, is gaining attention. Beyond its advantages to the individual homeowner, however, local cogeneration of heat and electricity is attractive at regional and national levels for its potential in mitigating inefficiencies inherent in energy production and transmission by conventional electrical power plants. 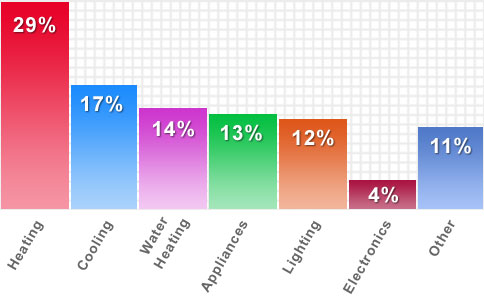 Of all the major energy sources, electricity is one of the most inefficient. Electricity suffers from the steepest difference between the amount of energy delivered at the site and the amount of energy needed to produce and distribute it. The utility industry often cites figures of a three to one disparity between primary energy produced at the plant and energy delivered to the customer. In fact, conventional power stations lose as much as 60 percent efficiency due to heat loss alone. As a result, site-based cogeneration approaches such as micro-CHP represent an immediate advantage in efficiency for primary energy production.

Although the technology has been successfully used in larger applications for many years, micro-CHP systems are only recently finding their way into small scale use in homes, apartments and small office buildings. Even in Japan, where Honda has offered micro-CHP units for residential use since 2003, the total installed base is estimated at fewer than 100,000 units. Elsewhere, installations are only beginning to ramp up.

Decentralized cogeneration will likely expand significantly in Europe following the German government’s CHP Act, which took effect in January 2009. The CHP Act aims to boost the electricity ratio of heat-power cogeneration in Germany from its current 15 percent to 25 percent by 2020.

In North America, the availability of micro-CHP technology is growing slowly ., spurred on by EPA award winners Freewatt micro-CHP system from ECR International (Utica, N.Y.) and the Ecopower micro CHP system from Marathon Engine Systems (East Troy, Wis.). Freewatt leverages Honda’s micro-CHP unit long in use in Japan and re-engineered for its recent introduction in Europe. According to Honda, the micro-CHP is capable of producing 1 kW electrical and 2.5 kW thermal outputs per hour. Along with the Honda micro-CHP and a heat-recovery module, the Freewatt includes a large multi-function storage cylinder and a gas-fired condensing boiler for peak loads at more demanding installations.

Marathon uses its own natural gas- or propane-fed Marathon engine design at the core of its Ecopower family, which delivers in its various configurations 20,000 -47,000 BTU/hr of heat and 2.0 -4.7 kw/hr of electricity used on-site or fed back into the grid.

Although cogeneration mechanisms have existed for years and net metering has been common in the United States since the mid-1990s, rising energy prices for home heating and utility electricity generation have opened the door for small-scale solutions such as micro-CHP. The key to their success, however, lies in efficient inverter designs that maintain the stringent voltage and synchronization requirements of the grid. 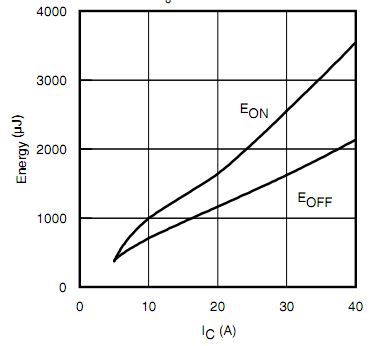 At $20,000 to $40,000 per unit, current micro-CHP systems have a breakeven period of 10 years or more, limiting acceptance to early adopters and customers with special circumstances. As a result, micro-CHP systems today aren’t the most logical alternative energy solution for most consumers. But they point the way toward application of hybrid solutions for decentralized generation of electricity and overall improved efficiencies.