A new generation of microphones is opening up opportunities for new functions, higher quality audio and lower costs.


A new generation of microphones is opening up opportunities for new functions, higher quality audio and lower costs.

Using the same CMOS silicon technology that is used for integrated circuits, the micromachined (MEMS) devices are smaller and more reliable than traditional microphones and can be surface mounted. This allows microphones to be placed in many different places, opening up new features such as noise cancellation, as well as allowing arrays of microphones to be installed for detecting and directing the direction of audio streams.

Micromachining uses variations of standard CMOS process technology to build physical rather than electronic structures in the silicon. These can be different designs for diaphragms in microphones or motion sensors for accelerometers and gyroscopes, and make use of older fabs that are more cost effective.

Using CMOS technology also allows standard interfaces to be implemented on the same silicon, increasing the integration and reducing both the system power consumption, as there are less chip-to-chip connections, and the overall bill of materials. As the reliability has improved, these factors have driven the technology into the consumer market, particularly in mobile phones. The low profile and surface-mount capability that comes from the MEMS approach means the microphones can be mounted easily anywhere in a design and allows the end equipment to be thinner.

These devices are used in high volumes in mobile terminals, laptop and notebook computers as well as voice-over-IP terminals, and digital still and video cameras. Also, they are increasingly being used to provide voice control in gaming and virtual-reality input devices and even for industrial systems, as well as noise cancellation and even antitheft systems.

Noise cancellation is an increasingly interesting application that has been made possible by MEMS microphones and the signal processing that runs alongside them. Surface-mount MEMS microphones can be placed at key locations to capture the frequency profile of the noise. Signal processing then inverts the profile and offsets it, providing the ‘opposite’ of the noise profile. This is then output through a speaker to cancel out the background noise and provide a clearer output or less confused input. MEMS microphones make this easier and more cost effective to implement in a wider range of applications.

Where once it was limited to expensive headphones and cutting down the noise in luxury cars, it is now being used to make mobile phone conversations clearer. This is driving up the volume of MEMS microphones, driving down the cost and opening up new applications areas, particularly in industrial areas. Now noise cancellation can be used where clear input and output is vital to safety, including voice control applications. Using the noise cancellation in an industrial design allows for innovative user interfaces that are easier to use but also helps them be safer. Using beamforming (see below) allows the user’s voice to be targeted to provide even more performance.

MEMS microphones can also help with diagnostic application in industrial designs. The small size and easy placement of the microphones allow them to be used in areas that are difficult to reach, providing key data on the health of an industrial system. By monitoring the frequency of the sound, potential problems with equipment can be picked up earlier and preventative maintenance performed, saving time and money and minimizing the risk of an expensive shutdown that can happen when equipment fails without warning.

For antitheft applications, a MEMS microphone can be used in a number of ways. The obvious one is that once a unit is stolen and the antitheft system activated, the sounds of the environment can be captured and, coupled with a wireless transmitter, sent to a web site or a mobile phone and usually coupled with a location detection system. This can be small and unobtrusive to implement and can provide vital information about the theft. In many cases, it is coupled with the output of a video camera as well, although this requires more bandwidth.

However, the small size and increased sensitivity of MEMS microphones also allow them to be used in motion sensors in anti-theft systems. Once the anti-theft system is activated, any movement creates noise, at specific frequencies, that is picked up by the microphone, filtered with signal processing and triggers an alert that could be an alarm or a message to a mobile phone or web page. Using an array of MEMS microphones provides directional information that security algorithms can use to prevent ‘false positive’ triggers and make the system more accurate. The lower cost and ease of design of the MEMS microphones allows such systems. STMicroelectronics has been concentrating on MEMS for many years and has an 8-inch fab line dedicated to the technology, producing microphones as well as accelerometers and other MEMS sensors.

The MP34DB01 is an ultra-compact, low-power, omnidirectional, digital MEMS microphone with a capacitive sensing element and an IC interface with stereo operation capability. The MEMS microphones from ST use a patent-pending technology that allows designers to place the microphone membrane closer to the acoustic porthole on the top of the package with a substantial increase in performance and no penalty in size. 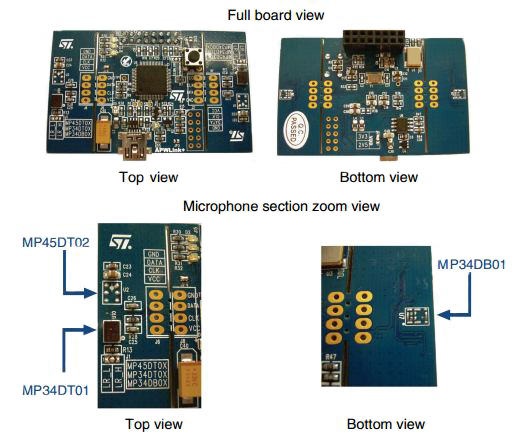 Figure 1: The MP34DB01 MEMS microphone in a USB evaluation board from STMicroelectronics.

The MP34DB01 has an acoustic overload point of 120 dB SPL with a 62.6 dB signal-to-noise ratio with a -26 dB FS sensitivity, is available in a bottom-port surface-mount EMI-shielded package, and is guaranteed to operate over an extended temperature range from -30 °C to +85 °C. It operates from a single supply voltage with the PDM single-bit output with the option for stereo configuration.

This matches the needs of speech-recognition systems for voice-controlled software and electronic-assistant applications being used in new consumer applications, where improving audio intelligibility without increasing the workload on the main processor is a key factor.

In addition to the size, robustness and low-power advantages over traditional condenser microphones, MEMS microphones enable improvements in sound quality in multiple-microphone applications. Such microphone arrays, facilitated by the small form factor, sensitivity matching, and frequency response of a MEMS design enable the implementation of active noise and echo cancellation, as well as beamforming to help isolate a sound and its location. 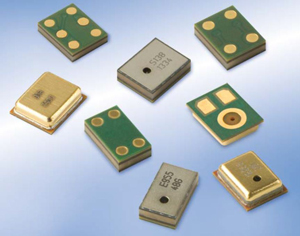 Analog Devices has combined its audio signal processing expertise with its iMEMS technology to give a range of microphones with a signal-to-noise ratio (SNR) of 62 dB A-weighted and power supply rejection ratio of 70 dBV with integrated high-pass filtering. This means equipment makers can develop portable electronic devices that deliver clearer, more intelligible voice quality without the background noise/hiss produced by other microphones with lower SNR.

The ADMP401 is a high quality, high performance, low power, analog output, bottom-ported omnidirectional MEMS microphone. It combines the MEMS microphone element with an impedance converter and an output amplifier and provides enough sensitivity for both near field and far field applications. The ADMP401 has a high SNR and flat wideband frequency response, resulting in natural sound with high intelligibility and the low current consumption enables long battery life for portable applications. 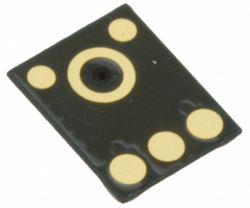 
One of the key applications that Analog Devices sees is beamforming, where a directional beam array can be used to detect the direction of the noise and apply improved noise cancellation in anti-theft systems.

Good performance from a microphone beamfomer requires that the sensitivity and frequency response of the different elements of the array be closely matched. Differences in these two parameters between different array elements result in a breakdown of the array’s desired response. Nulls may not be as sharp and the array’s directionality may not be properly oriented. The sensitivity and frequency response of the MEMS microphones need to be closely matched when they are used in beamforming arrays.

The effects on the SNR depend on the array configuration and processing, and may result in an increase or a decrease of the system SNR for different array topologies. It is important to select microphones with the highest SNR specification to maximize the overall system performance.

On axis, the broadside beamformer’s output is analogous to simply summing two identical signals to improve SNR. In a broadside summing array, the internal, or ‘self,’ noise from multiple microphones is added together in power terms, resulting in a 3 dB increase in noise as the number of microphones doubles.

This case demonstrates the advantage of beamforming in enhancing the performance, as the signal level doubles, giving a 6 dB increase. At the same time, the noise sums for a 3 dB increase in the overall level, resulting in a 3 dB boost to the SNR.

The on-axis frequency response of a 2-microphone differential array beamformer is 6 dB for frequencies with a wavelength twice the microphone spacing (typically about 4.1 kHz). Around this frequency, the difference between the array’s signal output and its noise is higher than each individual microphone’s, but the signal/noise relationship across all frequencies is more difficult to calculate.

The arrays covered here are all linearly spaced, but more advanced, higher-order beamformers can be built with varying spacing between each pair of microphones in the array. This sort of configuration changes the null and aliasing frequencies and signal-to-noise ratio between the different microphones and can potentially result in an array with less noise and a wider usable frequency response.

Using well-established and cost-effective CMOS technology to build microphones with MEMS techniques provides a wide range of advantages to the system designer. The CMOS technology provides both lower cost and efficient manufacturing and also interfaces easily to signal processing that makes the systems more effective.

Smaller devices can be mounted in areas that previously were hard to reach, providing diagnostic data that can save time and money. Noise cancellation can be used in many more applications, bringing reliable voice control to new areas. Being able to mount multiple microphones in an array allows new innovative beamforming technologies to be developed, locking onto a sound or a user’s voice to enhance the performance of the system or the interface.