With sales expected to grow by 8 percent in 2013, microelectromechanical systems make notable inroads in the medical market. 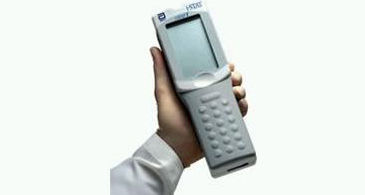 As the utilization of microelectromechanical systems (MEMS) continues to grow across various industry sectors, commercial successes like the use of STMicroelectronics’ PCR chips in drug delivery; Boehringer Ingelheim’s success with MEMS-based inhalers; and the microfluidic chips used in Abbott’s blood gas analyzers are helping to drive a growing demand for MEMS devices in the medical market.

A strong uptake in consumer and mobile devices is expected to drive the market for microelectromechanical systems (MEMS) to solid revenue growth in 2013, with breakthroughs in new sensor applications also expected this year, according to insights from the IHS iSuppli MEMS service at information and analytics provider IHS.

Overall revenue in 2013 for MEMS sensors and actuators is forecast to reach $9.09 billion, up 8.1 percent from $8.41 billion last year. This year’s expansion is perceptibly higher than the 6.1 percent increase of 2012. Growth during the next two years will be even more robust, at double-digit increases. By 2017, MEMS revenue will amount to some $12.21 billion, up more than 50 percent from 2011 levels.

A plethora of opportunities

Karen Lightman, executive director at MEMS Industry Group says the organization’s manufacturer members are involved in a number of MEMS-related medical and health initiatives. She points to drug delivery, diagnostics, sensors and microfluidics (controlling fluids within a small, sub-millimeter-sized geometric space), as some of the most active areas within the space.

“There are a lot of new developments that are on the cusp right now,” says Lightman. “From patch-based drug delivery to help prevent and/or manage heart disease and diabetes to the use of MEMS-based chip and layering processes to grow human organs. The possibilities are limitless.”

Dixon says he hasn’t seen any medical MEMS breakthroughs so far in 2013, but he’s still hopeful. “We see a number of great potential MEMS solutions that are taking much longer to take off than expected,” says Dixon, who points to silicon micro-needles as a potential high-volume application that’s currently waiting in the wings.

The hollow micro-needles can overcome the skin’s barrier layers without penetrating nerves and “therefore could be a great relief for many diabetes sufferers,” says Dixon. “While potentially a vast market—with 1.6 billion vaccinations administered annually—price is a challenge as disposable needles cost $0.15 per vaccination.”

Dixon sees those regulatory requirements as a key challenge for MEMS devices in the medical market, where sufficient scientific evidence of efficacy and acceptance by reimbursement authorities to allow volume deployment must be obtained before the breakthrough products can hit the market. On the technical side, Dixon says sensor packaging—which requires glass, antennas and the packaging itself—is another ongoing obstacle for MEMS manufacturers.

“The challenges are being overcome, albeit slowly,” says Dixon. “Medical electronics has become very interesting to sensor suppliers looking around for new markets, and although the volumes are lower than consumer or automotive, the margins are much higher due to the high chip value.”

Dixon says the business case for MEMS in medical devices is clear because, at high enough volumes, the batch processing of silicon results in lower costs. With the market poised for growth this year, he’s bullish on MEMS’ potential within the space. “There will always be a case for MEMS,” says Dixon, “due to the unique combination of size, cost and functionality in a given volume of material, and integration with other electronics.”