MCUs with New and Different Memory Cells and Memory Architectures

Suppliers including Maxim, Panasonic, and Renesas offer embedded MCUs that claim advantages over competing parts with conventional memory and architectures.


Memory technology does not stand still. Memory architectures change and faster and more efficient structures are created and used in successive generations such as DRAM to SDRAM to DDR to DDR1, 2, 3, and so on.

However, memory evolution is not just limited to structural improvements. The underlying technology of the memory cells themselves have been improving. Specialty processes and designs optimize for lower power, nonvolatility, secure store, or other specialty needs.

This article looks at embedded MCUs that feature different types of memory cells and memory architectures. Several manufacturers offer these MCUs and claim advantages over competing parts with conventional memory and architectures. This article will examine several options available to designers. All parts, datasheets, development kits, and tutorials referenced here can be found on the Hotenda website.

In search of the perfect cell

Van Neumann, Harvard, and RISC architectures all use nonvolatile memory like EPROM and Flash for boot code and firmware. Most boot code is on chip, but ROMless parts also exist and will still use external OTP EPROM or Flash. Both of these technologies provide dense, fairly low-power, low-cost field- and factory-programmable solutions to a microcontroller’s firmware needs.

While legacy EPROM has over decades given way to Flash as the dominant storage technology, the quest has been to eliminate the barrier between volatility and rewriteability. Ultimately, everyone is seeking a single high-speed, nonvolatile, low-power, rewriteable, high-endurance cell that could be used everywhere.

Happily, several good technologies have been developed that could lead to the ideal cell structure we all want. However, it takes time for new memory technologies to find their way into modern microcontroller architectures. This is especially true when a different fabrication process is needed to make these special memory cells. Until yield is high enough, these parts will always cost a bit more.

Security is a driving force

Code is especially valuable when a proprietary algorithm or code block gives a design a distinct advantage. It is hard to enforce a patent on the basis of code infringement when all code is stored inside a microcontroller. Still, tools do allow dumping of core memory so encrypted code can be used.

Encrypted code blocks in external memory do not let stray eyes disassemble it in any usable form. The MCU contains a decryption algorithm with your tailored parameters that seed pseudorandom function generators. Unless you know the seed, you cannot easily decode the data.

That is the approach taken with parts like the Maxim DS5000T-32-16+, which is a secure microcontroller based around an 8-bit legacy 8051 core. At its heart is a battery-backed-up SRAM that creates a “soft” secure design. Even if forced to go through its address sequence, the internal code data is already encrypted. A 10-year data retention specification will hold contents in the absence of power.

Notice how firmware is not held in ROM, EPROM, or Flash. Instead, a 48- or 80-bit random decryption is applied to the incoming encrypted code. The battery-backed-up RAM even has a self-destruct mechanism if tampering is detected.

Other modern flavors of secure micros come in swappable module format such as the Maxim DS2250-64-16# (Figure 1). Note the dual batteries to ensure longevity. The entire microcontroller module, memory, encryption engines, and real-time clocks can retain state and continue to run external to the system. This makes these MCUs ideal for secure key access, secure and critical setup parameters, secret algorithms and processing techniques, filter coefficients, and more. 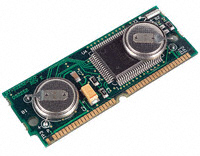 Figure 1: Swappable secure modules with encrypted SRAM have a self-destruct feature to protect the secret code and firmware as well as critical parameters and security settings.

A unique technology comes from Panasonic with its ReRAM cell. The company has developed a new nonvolatile memory structure based around a single transistor-resistor core cell that uses a tantalum-oxide material in a special electroresistive layer. Using a plain vanilla 0.18 µm CMOS process, the ReRAM cells can be reprogrammed with low 1.8 to 3.6 V levels instead of having to use internal charge pumps to boot to higher voltages. Rewrite times are fast, too: 10 ns. Another key benefit is that, unlike many Flash and EEPROM technologies, a cell does not have to be erased before it is rewritten.

A benefit of ReRAM is a 50 percent power reduction compared to Flash technology thanks to reduced leakage current (Figure 2). Unlike Flash or EEPROM, no intermediary data erase cycle is needed, resulting in write times that are five times faster, according to Panasonic. Endurance with ReRAM is also increased to 100 Kcycles compared to typical 10 Kcycles with Flash. 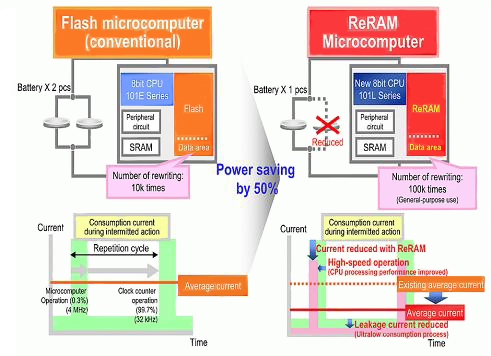 Figure 2: The ReRAM technology reduces average current enough to eliminate one of the batteries, according to Panasonic.

Parts like the MN101LR04DXW, for example, contain 64 Kbytes of ReRAM along with another 4K for scratchpad SRAM. The 8-bit parts have 16-bit internal architectures and include standard peripherals like A/D (6-channel, 12-bit); I²C, UART, and DMA. Note the ReRAM has only 1K write cycles permitted in the program area, but features the full 100K write endurance in the data areas.

Another different technology comes from Renesas, which uses proprietary memory technology inside its microcontrollers to increase flexibility and reduce production times for mask ROM-type processors. An example part is the M37548G3FP#U0 using the company’s 8-bit internal 740 core running at 8 MHz. It is ideally suited for relatively small (20-pin, 15-I/O) uncomplicated (6 Kbytes of QzROM) embedded designs like appliances, toys, and entertainment. A bigger brother, the M37542F8FP#U0, ups this to 64 Kbytes in a larger, 36-pin package with 29 I/O.

The QzROM technology has all but replaced MASK ROM technology and significantly shortens the development period, as well as reducing power (Figure 3). Like OTP and J-Tag in system programming of Flash-based micros, QzROM can be programmed after mounting and also features tamper resistance to prevent unapproved access. Panasonic also uses this technology with their high-volume 4-bit series centered around the 720 core. Both cores are supported by the Segger Flasher series of production tools.

Innovasic has come up with an innovative architecture in its RREM memory types used in the 66 MHz 32-bit Flexible Input Deterministic Output (FIDO) MCUs. Targeted at real-time communications applications and optimized for various communications protocols, parts like the FIDO1100BGB208IR1 use what Innovasic calls Re-locatable Rapid Execution Memory (RREM) memory cells. These are used to speed up critical sections of code by mapping it into higher-speed memory. RREM attaches to the memory bus of a processor and looks like any other peripheral on that bus. The memory cycle for RREM goes down to 20 ns to support the 12.5 µs cycle times. By not having to use wait states or go external for cache-style code blocks, performance levels can be increased.

Not all forms of NovRAM are suitable for code storage and EEPROM is one example of that. EEPROM cells are larger, more complex, and typically have a slower speed that limits its ability to serve code for high-speed microcontrollers. However, there are advantages to using EEPROM inside a microcontroller for non-code-related nonvolatile storage.

Flash, which is a higher-density form of nonvolatile memory, is page oriented and must load in an entire page to read a single byte located anywhere in that page. The same is true when writing and an entire page must be written to change a single byte.

EEPROM, however, is byte-wide accessible and a microcontroller can run its own code to read or write to EEPROM on-chip. Freescale adds 16-bit EEPROM blocks inside some of its microcontrollers such as the MC812A4CPVE8, part of the supplier’s HC12 core series of 16-bit microcontrollers. EEPROM is cleverly used as some registers as well as in control blocks and general-purpose arrays.

While arranged as 16-bit blocks, data can be read and programmed for byte and aligned word access in the single-cycle bus operation. A second cycle is needed for misaligned words. A bulk-erase feature is also provided.

Another novel nonvolatile byte-wide accessible memory technology now available inside an embedded MCU comes from Texas Instruments via its acquisition of FRAM technology. FRAM is ferroelectric RAM and is similar to the original core memories used in early computers. It is reliable, inherently durable, and radiation hardened.

Architecturally it is like a DRAM cell bus, using a layer of ferroelectric material instead of dielectric material to make it nonvolatile, with fast writes and lower power compared to Flash technology. Another key benefit is virtually unlimited write endurances, like SRAM.

TI has placed FRAM blocks inside its popular low-power MSP430 family of parts including small ones such as the 4k MSP430FR5720IRGER and larger 16k parts like the MSP430FR5739IRHAR.

In summary, engineers should be aware that the memory technologies we take for granted in MCUs are not all that is out there. Many microcontrollers have special memory features and architectures that can be used to your advantage, and we have highlighted some of these in this article. In addition, combinations of new types of memory cells and legacy memory in modern microcontrollers can yield novel, secure applications for your designs.