LEDs for Exterior Automotive Lighting are Rated to Take the Heat

Advanced technology allows automotive LEDs to have high performance and be highly reliable to meet the strict standards of the automotive industry.

While one of the most obvious benefits of employing LEDs for exterior automotive applications is the aesthetic appeal afforded by design flexibility, the technology brings a number of more fundamental advantages: enhanced safety, increased reliability and reduced overall costs.  However, there have been, and continue to be, a number of design challenges to overcome.

Automotive exterior lights are considered to be safety devices, and are therefore highly regulated.  Experts at the Society of Automotive Engineers (SAE) have determined that there are three major factors that can induce early failures in LED lamps: temperature, vibration and input voltage.  Thus, product performance reliability standards and test procedures are geared around these factors.

This article will consider how LEDs have evolved to meet the performance and reliability criteria demanded by automotive lamp manufacturers and that meet the stringent automotive standards. 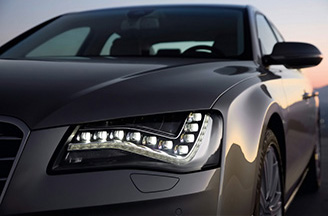 Figure 1: LEDs have allowed designers to unleash their creativity as well as improve performance and safety, as can be seen with the Audi A8.

The small size and variable form factor options of LEDs have allowed automotive designers to unleash their creativity, moving dramatically away from the conventional look of exterior lighting.  Applications include forward illumination devices such as headlamps, daytime running lights and fog lamps, as well as rear lights, signal lights and stop lights. Motor manufacturers have been able to differentiate their vehicles significantly through the use of intricate, curved, exotic and bold LED-based designs.

Yet, at the same time, they are meeting the strict safety and reliability standards that typically constrain all automotive component designs.  Plus, LEDs are not only facilitating improvements in safety, such as reduced glare and improved night vision, they are also enabling the development of new enhanced safety features, such as adaptive lighting and automatic dipping.

Although standards for LED automotive lighting were under consideration in the 1980s, it was the development of AlInGaP (aluminum indium gallium phosphide) in the early 1990s and major advances in white LED technology in the early 2000s that are regarded as the key enablers for LEDs to meet the tough environmental and performance requirements of this sector.  The first exterior LED-based applications, rear stop lamps, came at the beginning of this century, headlamps around 2006.

On first consideration, LEDs look to have an overwhelming number of advantages over existing halogen or xenon technology, particularly for headlights. They are tough, naturally more resistant to vibration, long lasting and use less energy.  However, they cost more, which is why for some years now they have been mostly found only in luxury, high-end models.  However, prices are falling, and they are already being adopted in mid-range and mass-market cars.

The energy efficiency of LEDs over halogen and xenon alternatives reduces fuel consumption and CO2 emissions.  Comparison figures quoted for energy saving range from as much as 55 to 65 Watts for a halogen headlight compared to just 15 to 30 Watts for an LED equivalent.  Xenon bulbs are reportedly more efficient than halogen, requiring typically 35 Watts, and are brighter, but cost more than halogen.  While development on xenon sources is expected to generate still lower power units, the potential for LEDs is expected to widen the gap, with lamps as low as 1 Watt for low beam applications anticipated within a few years.

Longer operating life, effectively to the life of the vehicle, theoretically makes LED lamp replacement unnecessary, saving on maintenance costs.  Halogen bulbs have a lifetime of up to 1000 hours, xenon lamps are quoted at around 2000 hours, while LEDs can be specified with a lifetime of 15,000 hours.

The possibility of cooler color temperatures (5500 to 6000 K) with LEDs, closer to natural daylight, not only enhances contrast but is also reported to be less tiring on the eyes than xenon (4500 K) and halogen (3200 K).

Intelligent electronic control of an LED array-based LED lamp unit, combined with data from sensors and navigation and driver assistance systems, enables light output and patterns to be adjusted automatically depending on climatic conditions, road features, and oncoming traffic, as well as the detection of objects or hazards such as potholes. The latest adaptive lighting systems enable features such as ‘always on’ main beam with automatic adjustment for town or country driving, dynamic cornering, and intersections.

However, it is only relatively recently that LEDs have been able to achieve the light intensity levels required for main beam headlights.  The Audi A8 uses LEDs from Osram Opto Semiconductor for headlights, structured as five light bars, each with five LEDs (see Figure 1 above).  Meanwhile, LEDs are currently most commonly, and increasingly, used for daytime running lights and rear light clusters by most major vehicle manufacturers. For the future, laser diodes are under development for even brighter, further reaching main beam applications.

LEDs are more energy efficient than halogen bulbs because they do not generate light from heat.  However, in order to meet the light output (lumens) necessary for headlights, LEDs have to be driven at power levels high enough to increase the junction temperature significantly.

Automotive standards developed by the SAE International Lighting Committee address the issues that LED light output naturally declines over lifetime, and that the aging process accelerates as junction temperature increases.  For this reason, standards specify a minimum photometric output of 80% of initial light output, in worst-case conditions, over the rated lifetime.  Worst-case conditions, in this context, refer to junction temperature reaching the maximum, or within 10°C of maximum.  It is generally considered that for automotive applications, LEDs are mostly operating at or close to maximum specified junction temperatures.  Standards for testing and measuring performance of LEDs in various automotive applications are continuing to evolve, of course.

Osram offers a wide range of LEDs designed specifically for, and widely used in, automotive applications.  In addition to its specialized Ostar Headlamp Pro range, in 2-, 3-, 4-, and 5-chip versions, the Oslon Compact LEDs deliver high efficiency in a small package to reduce weight for fog light and headlamp applications.  Luminous flux ranges from 580 to 1460 lm at 25°C, driven at 1 A, with a light output of 86 or 88 lm/W.

For daytime running lights, the high efficiency, compact Oslon LX120 and Oslon MX-ECE are recommended. Light output does not need to be so high for DRLs, and the LX parts, for example, are rated at 140 lm, driven at 350 mA, 2.95 V, for a light output of 136 lm/W.  For stoplight, taillight and signaling applications, Osram offers red, amber and yellow LEDs in its Oslon Black Flat, Oslon SX, Power SideLED and MultiLED families.  A typical example is the Oslon SX LA CN5M amber/red LED.  A comprehensive brochure detailing devices, their specification, and applications is available1.

Luminaire designers requiring LEDs that meet automotive specifications should take care in checking the datasheets.  Osram datasheets clearly state whether the device is AEC Q101 automotive qualified.  Noticeably, they also typically specify expected lifetime at close to maximum junction temperature (175°C for short bursts, 150°C typical), as well as relative luminous flux, and they show how it declines as junction temperature increases.  This enables engineers to make informed decisions about how the LEDs will behave in their particular application.

Figure 2: A selection of LEDs manufactured by Everlight for automotive exterior lighting applications.

Another vendor with devices dedicated to automotive exterior lighting applications is Everlight (See Figure 2).  Designed for high brightness, high efficiency and color stability at high temperatures, the Argus range of single-, 2-, 3-, 4-, and 5-chip LEDs are available for headlights, daytime running lights and fog lamps.  Forward voltage is quoted at 6 to 8 V and the operating temperature range is -30 to 140°C.  Meanwhile the Piranha AM EU range, now in PLCC format, running at less than 0.5 W, is aimed at brake lights and signal indicators.

The datasheets for Everlight’s automotive qualified (AEC Q101) parts also state performance characteristics at high operating temperatures, with graphs showing the impact of increased case temperature (25, 55 and 85°C maximum), and various forward currents (350, 700 and 1000 mA) on luminous flux (reportedly decaying by only 15% at 85°C).  Maximum junction temperature is typically 150°C.  Sophisticated heat dissipation techniques and advanced ceramic packaging has enabled some of Everlight’s latest devices to meet the stringent automotive performance and reliability standards, even at 1.2 A forward current and Tj in excess of 150°C.