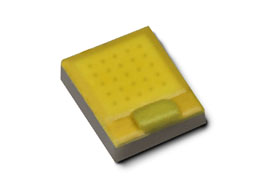 Philips Lumileds' LUXEON Z power LED family is 80 percent smaller than traditional power LEDs for great design flexibility.Prices for all light-emitting diode (LED) types will continue to fall as demand and production capacity continue to increase. This also means buyers won't face any supply issues in the fourth quarter of 2013.

IHS reported in August that there was a "major surplus" in the LED market, and this oversupply is expected to continue over the next few years as leading suppliers continue to increase their capital spending and production to take advantage of government incentives and an “expected boom” in the lighting industry.

“The global market for LED lighting is expected to double during the next three years,” according to Alice Tao, senior analyst, LEDs and lighting for IHS. “The prospect of this massive growth is irresistible to LED suppliers, who don't want to be caught short of supply during this expected boom. But given the rising investments in manufacturing equipment, the acute LED oversupply already in existence is expected to continue through 2016.”

However, there are always exceptions to the rule. Philips Lumileds, a leading LED component manufacturer, continues to add production capacity due to growing demand and tight supply. The company expected to see increased demand in the third quarter, but was surprised when it came earlier in the second quarter.

“We were expecting a lot of demand in the third quarter as usual, but demand came quite early this year, starting to increase in the second quarter,” says Emmanuel Dieppedalle, senior vice president of sales and marketing, Philips Lumileds Lighting Co., San Jose, Calif. “Since the second quarter of this year, we've seen a lot of demand in the market and we've added capacity.”

Dieppedalle says Philips Lumileds has enough capacity to supply all its customers with reasonable lead times, with just a few product areas that have experienced tight supply, particularly for some of the newer products. The company has seen a good response in the market for several new products including the LUXEON M, LUXEON T, and LUXEON Z ES.

“I don't see a real oversupply in high power because you only have a few large suppliers," says Dieppedalle. “We are one of them and we have enough capacity to supply the market. We control the capacity and make sure that we have good utilization in the factories,” he adds.

Still, as pricing continues to fall and hit a price point that is reasonable for consumers, demand continues to rise. But it's not just demand from the consumer market that is driving prices down; outdoor illumination, including streetlight applications, is also driving growth. 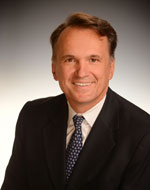 "We were expecting a lot of demand in the third quarter as usual, but demand came quite early this year, starting to increase in the second quarter," says Emmanuel Dieppedalle, senior vice president of sales and marketing, Philips Lumileds.The mid-power LED market has typically experienced a 20% year-on-year drop in pricing, but Dieppedalle expects this will fall to about 10% to 15% year on year.

“There's been quite an oversupply over the past few years, and now it's more stabilized, and it's getting more difficult to reduce costs,” he says.

However, Philips Lumileds only entered the mid-power market in early 2013, which resulted in tight capacity for its mid-power products until recently.

“The market response was very good and we couldn't meet all the demand,” says Dieppedalle. The LED manufacturer has been increasing production capacity over the past few months.

“It's more of a stable, mature market so there is some capacity and I hear from reports that there would be some oversupply, therefore, the expectation is a little more price pressure on mid-power LEDs,” adds Dieppedalle.

“The most important thing is to ensure that you can supply your customers with reasonable lead times,” he says.

Today, Philips Lumileds is quoting lead times between six to eight weeks, which is down from 10 to 12 weeks a year ago. He expects lead times to remain stable for the remainder of 2013.

“We've been able to reduce the lead times because we've been working on our processes and the value chain,” says Dieppedalle.

“As soon as we see lead times going up on one product, we add capacity so we can go back to six to eight weeks,” he adds. “On top of that, we have a strong distribution channel and one of its main jobs is to carry stock. It means customers can have immediate access to products.”

“We monitor the stock in the channel very carefully because this could have an impact on demand and right now we don't have any concerns with stock,” he says.

Philips Lumileds continues to work on reducing lead times even further through improvements in design and manufacturing processes, better alignment with customers, and buffer stock.