However, prices should remain stable to down a few percentage points. 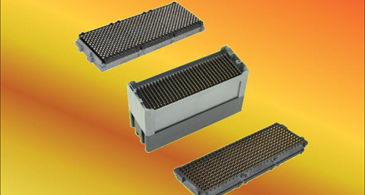 Deliveries of lead-free, high-speed connectors may stretch slightly as large datacom and telecom OEMs transition to lead-free products. The lead (Pb) exemption for compliant pins is set to expire next year.

One factor that helps buyers ensure that they have plenty of supply is the requirement that high-speed connector manufacturers have second sources. "Large OEMs insist that connector manufacturers of high-speed products have a second source, whereas 10 years ago there were a lot of unique products where you'd be the only supplier," said David Sideck, global strategic marketing manager for FCI, based in Etters, Pa.

Hult also noted that large OEMs are starting to insist that they have second sources for mezzanine connectors because they have become more important in the high-speed arena.

In addition to ensuring steady supply, second-source agreements also help to lower prices. "Each one of us is trying to get a majority share of the business, which leads to price competition," said Sideck.

Still, there are two issues that buyers need to keep an eye on that could affect supply. One is the transition from tin/lead to lead-free connectors in the telecommunications industry, as part of the European Union's Restriction of Hazardous Substances (RoHS) Directive. The other is increased demand for high-speed product due to ever increasing data traffic, although demand has generally slowed in the first half of 2012.

"Many connector products have transitioned from using lead to lead-free, due to the compliant pin exemption, which is expiring in January 2013," said Brian Krause, vice president of marketing and communications at Molex Inc., Lisle, Ill. He also noted that "some connector products continue to use lead when used in telecom applications using exemption 7(b)."

Exemption 7(b) lead solder, which is not specific to connectors, applies to Category 3, according to Ken Stanvick, senior vice president at Design Chain Associates LLC in San Francisco, Calif. This refers to lead in solders for servers; storage and storage array systems; network infrastructure equipment for switching, signaling, transmission; and network management for telecommunications.

Stanvick also noted that the 7(b) exemption will automatically expire on July 21, 2016, unless a request for renewal is submitted and accepted for review 18 months prior to the expiration date.

Connector makers are not expecting any serious supply issues with the transition to lead-free connectors. 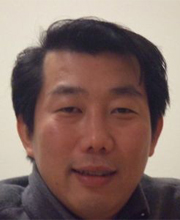 Today's challenge is transitioning production capacity from tin/lead (RoHS 5/6) to lead-free (RoHS 6) ball-grid-array (BGA) products, Tono noted. "Until last year, tin/lead BGA usage was much more than lead-free products, and this year it is a 50/50 ratio for the datacom/telecom market," he said.

Connector manufacturers said there is healthy demand for high-speed connectors. One driver is cloud computing. High speed connectors are used in servers and mass storage equipment in datacenters.

Krause said another driver is the media tablet market, which is driving infrastructure and hardware creation in the storage area. Other drivers include corporation’s Internet analytic tools and the refreshing of IT equipment for both hardware and software, he added.

Despite being a high-demand area, buyers can expect stable pricing for high-speed connectors in 2012. Connector makers do not anticipate raw materials costs for gold, copper or plastics to have a big impact on pricing this year.

Pricing for high-speed connectors will be stable to down by a few percentage points, predicted Sideck.

Like most interconnects, high-speed connectors can use thinner gold plating to help keep prices in check. Many OEMs are specifying 30 microinches of gold thickness as a way to lower prices, Tono said. He added that another option to reduce the total amount of gold is to use palladium with gold flash over nickel. 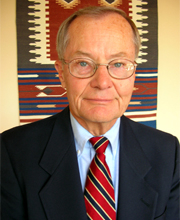 “Twenty-five gigabit per second connectors will be the next major step for connector makers although there will be iterations in between,” said Bob Hult, director of product technology for Bishop & Associates.While many high-speed connectors are pegged in the 6 to 10 gigabits/second (Gbits/s) range, many leading connector manufacturers continue to develop faster backplane and mezzanine connectors to meet future demand. Many already have demonstrated high-speed backplane connectors at 25 to 28 Gbits/s.

"It's not trivial to get to 10 Gig, but companies have been successful, and half a dozen connector makers are capable of providing that kind of bandwidth," noted Hult of Bishop & Associates.

He added that 25 Gigabits will be the next major step, although there will be iterations in between. Hult also noted that 25 Gig may be the tipping point where it is practical to do electrical connections.

"You may start getting to the point where optics is a more economical solution. Everything in the channel from the transmitter to the receiver has to be extremely short and the impedance has to be controlled very tightly, which may be required to get down to +/-2 or +/-3 percent tolerance," said Hult.

The push toward 25 Gbits/s is a real challenge, according to Sideck. "Low crosstalk is the real hot button nowadays. The other complication for connector manufacturers is that it's somewhat difficult to demonstrate acceptable links using our products because the transceivers (SERDES) that drive the signal through the channel aren't commercially available at this time,” he said.

At DesignCon 2012, FCI demonstrated its high-speed Airmax VSe backplane connector system, which it targets for 25 Gbits/s performance with chips, that topped out at 17 Gbits/s. Airmax VSe is now available in limited production. The connector manufacturer is in the process of expanding its production capacity.

Other recent high-speed connector launches include FCI's AirMax VS connectors for CompactPCI Serial applications in industrial computing, and the Mini-SAS HD connectors and cable assemblies for 12 Gbits/s connections between servers and internal or external storage.

Two of Hirose's latest new product developments include the IT5 and IT7, which are both 28 Gbits/s-capable mezzanine connectors. IT7 embeds DC blocking capacitors in the connector itself to help save board real estate.

The IT5 will be released in October. The IT7 is in the engineering study stage and may be available at the beginning of 2013.

Hirose also offers a skinny 2-row SMT mezzanine XG1 and FX10 for data rates up to 12-15 Gbits/s. The FX10 currently covers the 4 to 8 mm stacking height, although the company plans to expand it up to 14 mm high. The XG1 covers the 15 to 44 mm stack height range, and offers internal blade options for 85 ohm, 100 ohm, and power lines.