OEMS and EMS providers say lessons were learned from last year’s devastating quake and some have changed sourcing strategies. 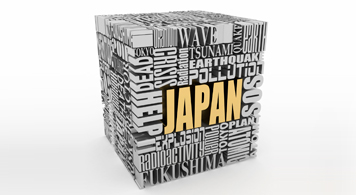 One year ago, Japan was reeling from a massive earthquake and tsunami that slammed into the island nation, killing more than 22,850 people, leveling homes and businesses, and causing meltdowns of three reactors at the Fukushima nuclear power plant.

While the human cost of the natural disaster was enormous, the March 11, 2011 quake in northeastern Japan also had a huge impact on the electronics supply chain. The earthquake destroyed or damaged many fabs and factories that produce semiconductors, passive electronic components, and other materials used in the production of parts and electronics equipment.

Brand-name global companies such as Texas Instruments, Toshiba, and Renesas had fabs that were shut down by the quake. Other electronics companies that had production disrupted included wafer manufacturer Shin-Etsu and SUMCO, aluminum electrolytic capacitor supplier Nichicon, and BT resin supplier Mitsubishi Gas Chemical, among many others. Some facilities were shut down for a few weeks while others were down for months.

As a result of the disruption of production, leadtimes stretched, prices increased, and panic buying by many OEMs and electronics manufacturing services (EMS) providers kicked into high gear.

Among the changes some companies are making:

Supply chain professionals say the Japanese earthquake caused so much disruption to electronics production because the disaster was unique compared to events that impacted supply chain in the past. 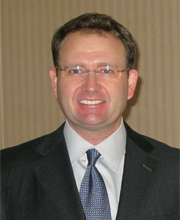 “There was an earthquake, combined with a tsunami, and then combined with the fear, uncertainty, and doubt around the whole nuclear situation,” said Steele. “Who would've guessed that within two or three days not only would we be working to find out which suppliers were shook to the ground, but which ones were underwater and which ones were in a radius of impact from the nuclear situation.” In addition, with the Fukushima power plant shut down, there was “a massive shortfall of electrical capacity across northern Japan," he said.

Steele added that the scale and the scope of the disaster, and inherent impact on the supply chain, were unprecedented. “In the past we had incidents where five suppliers or a single contract manufacturer were shut down. But we had nothing like this before where we had we had 60 to 70 suppliers impacted in some form or fashion. In addition, the supplies affected included a wide range of production materials, including semiconductors, passives, wafers and chemicals,” he said.

Steele noted that for Cisco, the lessons learned were incremental. “I don't think there were any big ‘A-ha’ moments.”

However, the earthquake underscored the need for Cisco to make sure it had a list of high-level executives at suppliers who could be called to provide Cisco the necessary information about the status of suppliers’ facilities following the disaster.

“We did that in the past, but the quake reinforced the notion that we need to continue to maintain that list of our suppliers we can reach out to start having conversations around what's the impact,” said Steele.

Cisco is not the only company that is focusing attention to sub-tier suppliers.

“One of the first questions I got from CEO Tim Main after the quake was how much material do we have at risk,” said Erich Hoch, chief supply chain officer for EMS provider Jabil Circuit, based in St Petersburg, Fla. “

We knew how many direct suppliers we had in Japan and what they were supplying to us.” However, Jabil did not know how many sub-suppliers it had in Japan that may have been impacted by the quake.

“We had never really checked out the second or third tier suppliers,” he said.

As a result, Jabil has now developed software and a database that identifies key tier two and three suppliers. Hoch said Jabil is now better prepared to deal with catastrophic events if they occur in the future.

“If something happens in a particular region, I can tell you immediately the suppliers we have, what's the spend, and how much inventory we have the pipeline," noted Hoch. 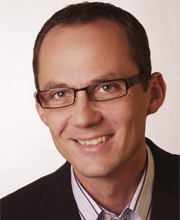 “Jabil has developed software and a database that identifies key tier two and three suppliers,” said Erich Hoch, chief supply officer for Jabil Circuit.Another lesson learned was that OEMs and EMS providers need to know exactly how much inventory they have on hand in with their supply chain partners, according to Thomas Dinges, senior consultant, global EMS and ODM research practice for researcher IHS.

Such information is crucial because when supply is disrupted, companies need to know how many parts they need to source to make up for the shortfall caused by the disaster.

Some EMS companies did not have as robust systems as necessary to determine how much inventory they held for OEM customers. In some cases, OEMs said they were disappointed in some of their EMS providers.

Dinges added that the quake in Japan resulted in some OEMs questioning choices of suppliers based on the location of their factories. He said, during a recent conference call, a CEO of a major electronics OEM questioned why his company sourced critical parts and materials in Japan when the location was known to be the earthquake zone.

He said BT resin is an example. BT resin is used in the production of semiconductor package substrates. “Seventy percent of the world supply of BT resin comes out of Japan,” said Dinges. When the quake hit, resin production shut down. That spurred discussions about the need to have the material produced in other regions, although so far, “no action has taken place," Dinges noted.

Some electronics companies are rethinking their priorities in choosing which suppliers to use, giving more weight to risk in supplier sourcing decisions.

“When we made sourcing decisions in the past, it was really all about lowest component price,” said Hoch of Jabil. Now, it has become much more about double sourcing and alternative sourcing.

“If a supplier in Japan tells us he has the lowest price and the part is made in one plant, that's not good enough anymore for us,” said Hoch. “The lowest unit price doesn't give us the lowest risk profile for something anymore.” 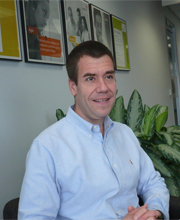 “Do your homework up front and qualify multiple suppliers. It does not mean you have to buy from all of them,” said Jim Simpson, senior director, corporate commodity manager for EMS provider at Celestica in Toronto.Many companies learned that effective communications is also important in reducing risk. “It is important to communicating internally very quickly as well, as with customers and supply partners,” when a disaster hits, said Simpson of Celestica.

“If the product is well designed from a supply chain standpoint, you're going to be able to weather disasters or other supply chain issues much better,” said Simpson. “But do it as part of your product development process, not as a reaction to another tsunami. Make it a systemic, robust process to de-risk your product beforehand.”

Simpson went on to say that this may conflict with the notion of using as few suppliers as possible so that purchases with a supplier can be leveraged.

“Obviously you want to consolidate your purchases with one or two key suppliers as much as possible, but that does not mean you don't qualify everyone who makes a part using a similar technology,” said Simpson.

Having multiple suppliers qualified for certain part gives an OEM or EMS provider alternatives if disaster strikes a certain region and knocks out production of the part.

“The lesson is: do your homework up front, qualify multiple suppliers. It does not mean you have to buy from all of them but it gives you flexibility in the event there's a shock to the supply chain,” said Simpson.

He added, simply put, “it comes back to the old adage: don't put all your eggs in one basket.”