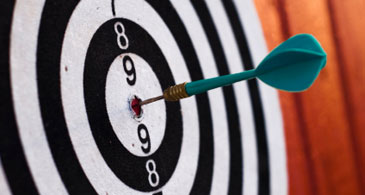 When it comes to managing supplier quality, electronics manufacturing services (EMS) providers are on the front line. After all, EMS providers build the equipment on behalf of OEM customers and have the responsibility of purchasing quality components and materials from suppliers.

As a result, many EMS providers set strict quality targets for suppliers, and some have developed best practices in evaluating suppliers for product quality, delivery, cost and service. One such company is Jabil Circuit, based in St. Petersburg, Fla.

“Our quality expectations have to be in line or be more stringent than our OEM customers in order for us to deliver the quality level that our customers expect," says Erick Prause, senior director of supplier development at Jabil.

Jabil manufactures a variety of equipment for OEMs, including medical equipment, instrumentation, defense and aerospace systems, networking and telecommunication equipment, and automotive systems among others.

He says Jabil sets parts per million (ppm) defect levels for components, which suppliers must meet in order to achieve a high rating on Jabil’s quality scorecard. Jabil suppliers can achieve a rating of 1 to 100.

“To get 100% for the quality section, a supplier has to have zero defects per million. We do the same for the other metrics" including delivery, cost and service, he explains.

Targets vary by commodity, but Jabil has seen marked improvement in product quality across most components over the past several years.

“If we have a customer expectation of 1,000 defects per million (dpm), we can’t accept 1,000 dpm at a component level,” says Erick Prause, senior director of supplier development at Jabil.For instance, with semiconductors and passives, suppliers deliver components with ppm defect levels of less than 20, he says. With some capacitors and resistors, ppm defects are in the single-digit range, very close to the Six-Sigma level of 3.4 ppm.

That is a big improvement over just three years ago when defect levels were two or three times higher depending on the commodity, says Prause.

Defect levels are determined by failures in the field or defects found in the manufacturing process or at receiving and inspection.

“For many components we do dimensional inspection or part number verification to verify that we have” the parts that we ordered, says Prause. “We also do contamination checks on printed circuit boards.”

Defect levels have decreased because suppliers have improved their manufacturing processes due in part to collaboration with Jabil. Jabil shares quality data with suppliers and drives suppliers to “share with us on an annual basis their continuous improvement initiatives,” says Prause.

He adds that major component manufacturers take quality seriously and are focused on continuous improvement, trying to achieve ppm defect rates in parts per billion rather than parts per million.

Prause notes that components such as semiconductors, resistors and capacitors are made in high volumes. As a result, once a manufacturing process is perfected, millions of parts are produced with the same consistent process, resulting in large volumes of high-quality parts.

“Semiconductors are typically lower defect per million devices. They are made in massive quantities and are very consistent in terms of how they are made,” he says. The same is true with capacitors and resistors, but it’s a different story with plastic, mechanical or metal parts.

Such parts may be unique and “have an appearance criteria and very tight dimensions,” says Prause. Those parts tend to have higher dpm levels because of their complexity and because “they are not run in the same volume or at the same frequency” as electronic components, he says.

“In some cases we have products that we might buy 25 pieces per year,” says Prause.

Though product quality is paramount, so is delivery. Suppliers are measured on how well they deliver parts to the dates that Jabil specified as well as to the date for which the supplier committed.

“We work hard to align what we're asking for and what suppliers will commit to,” says Prause. “And then we measure within a three-day early, two-day late window.”

Prause said there has not been as much improvement with delivery as product quality.

“Part of that has to do with changes in schedule when there is an upside in demand," he says. “As a new product ramps, we tend to see some challenges in delivery. Suppliers do everything they can do to help us, and the overall number has improved but there are still some challenges.”

Because of those challenges, Prause says Jabil has more consignment arrangements and vendor managed inventory programs with suppliers in order to manage upsides in demand and improve delivery.

“We have price targets on commodities and we do a comparison of suppliers to their peers. Where they have competition we look at them head-to-head with what are they quoting,” he says.

How well they meet cost targets and how they rank versus their competition are factored in their cost score.

“We do annual quoting with a number of the key suppliers. We talk to them about their pricing and their performance in meeting cost targets,” says Prause.

Data concerning a supplier’s scorecard is uploaded every week.