Interfacing Energy-Harvesting Sources to Power the Internet of Things

A look at ways energy from the environment can be harvested to power sensor nodes for the Internet of Things by using evaluation kits from EnOcean and CUI.


This article looks at the different ways energy from the environment can be harvested to power sensor nodes for the Internet of Things. It looks at different technologies from vibration to thermal power and the way the energy can be provided to sensors and wireless nodes to link the data back to the Internet, and the evaluation kits that can help develop such systems from companies such as EnOcean, Advanced Linear Devices, Cymbet and CUI.

Power is a critical commodity for the Internet of Things. Lower power consumption means smaller size so that sensor nodes and gateways can be placed in more convenient locations, lower cost from smaller batteries, and less cooling.

With millions of sensor nodes, the time and costs of replacing batteries are substantial, and any power reduction yields benefits in extending the replacement cycle. This has been one of the key limitations to the roll out of the wireless sensor nodes that connect together to create the Internet of Things.

Energy-harvesting technologies can help extend the time between battery changes by topping up rechargeable storage devices or even eliminate them all together, merely using them to smooth out the delivery of power to the electronics.

The move to energy harvesting has been boosted by developments in several areas. The power consumption of sensors, microcontrollers and wireless transceivers has fallen dramatically over the last few years as more efficient silicon technology has been available and more efficient wireless protocols such as ultra-low-power ZigBee with lower duty cycles have been more widely available.

At the same time, the efficiency of certain energy-harvesting technologies such as solar cells has improved considerably, and the costs have come down, allowing them to be used in high volume applications such as the Internet of Things. A key element of the increasing penetration of energy harvesting into these applications is the use of a new generation of power controllers such as the EH4205 step-up low-voltage booster module from Advanced Linear Devices, which can handle the low currents from the energy sources and manage the fluctuations to provide a reliable power flow to the electronics. 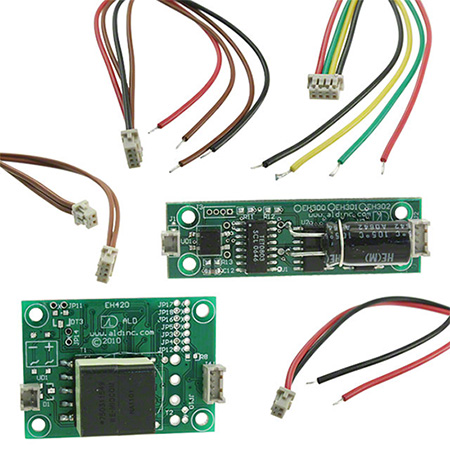 Figure 1: The EH300 evaluation kit from Advanced Linear Devices uses a new generation of power management chip to smooth out the power fluctuations from energy-harvesting sources.

There are many different ways to harvest energy from the environment, and some are more appropriate in certain environments, such as the industrial factory floor rather than the home. This leads to a series of tradeoffs on the energy-harvesting technology, the microcontroller and wireless link, and the energy converters. The advantages of energy harvesting are most apparent at the sensor node as it allows flexibility in the placement of the nodes and minimizes maintenance operations. These individually addressable nodes usually feed back to a wireless gateway that consolidates the data, performance and local actions that are needed, and feeds the data back into the cloud, as well as providing security for the sensor network. This then provides data from the sensors anywhere in the world to a central management system that can itself be accessed from anywhere around the world.

The power envelope of the wireless sensor node is key. Within this envelope, a microcontroller has to be woken from a sleep state, take a sensor reading, feed this to the RF front-end and transmit the data to the network before shutting down again. It will also have to periodically wake to check the network for messages and for diagnostic checks. These elements all draw power at different rates that have to be handled by the power management system, and the type of energy-harvesting source can determine how these operations are handled, particularly if the aim is to eliminate the battery all together and just use a capacitor to store power temporarily.

Solar power is of course an obvious option, and that can work in both the home and factory environments, even under artificial lights. With the EnerChip energy harvesting evaluation kit from Cymbet, the power from a solar cell can be stored and managed to provide the required current for a sensor node. This management of the source is a key element of the IoT node design as the power requirement peaks when the sensor takes a reading and when the wireless link relays the data back to the gateway. These pulse discharge currents place special demands on batteries. Repeated delivery of pulse currents exceeding the recommended load current of battery reduces its operational life, and this can have a dramatic effect on the reliability of the sensor node. Pulse currents of tens of milliamps are common in wireless sensor systems during transmit and receive modes, and the internal impedance of the cell often results in an internal voltage drop that prevents the battery actually delivering the power that is needed.

Figure 2: The power management in the EnerChip evaluation kit has to handle a wide range of power issues for energy-harvesting sources.

Using a solar cell to charge up a battery, even from artificial light, that can deliver the peak power requirement is an increasingly popular approach. The ability to handle the lower currents allows smaller solar cells to be used to reduce the overall size of the IoT sensor node. This combination allows the kit to power a wireless node for up to ten years.

Figure 3: Using a solar cell with the EnerChip evaluation kit to power a sensor node in the Internet of Things for ten years.

Electrical and RF power are one of the key opportunities that have not really been tapped for powering IoT sensor networks. There is a lot of electrical and RF noise, particularly in industrial environments. In an effort to capture this power, Enocean has pioneered the harvesting of RF energy to power its own low-power wireless links and a wide range of sensors such as a moisture monitor in industrial applications. The RF capture uses a coil tuned to the dominant RF frequencies – often the 2.4 GHz of ZigBee and Wi-Fi, or 900 MHz for the other unlicensed band – to trickle charge a battery. While this technology is more often used as wireless charging with the source and coil close together, researchers such as those at the Holst Research Centre in Eindhoven are working on ways to use the ambient RF energy to power devices.

Vibration energy can also be tapped in an industrial environment using piezoelectric devices such as the V25W from Mide Technology. This is tuned to the resonant frequency of a piece of equipment by adding small weights, and can then generate a small but constant supply of power. Using power management and storage of systems, such as the EH300, can power a node with other sensors such as temperature or humidity, or even a separate vibrational sensor. This can then provide early warning of problems with equipment and allow pre-emptive maintenance to fix problems before the equipment fails. 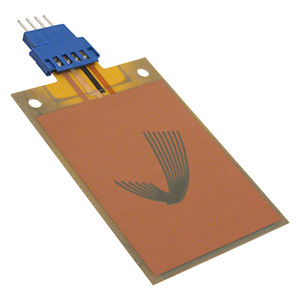 Figure 4: The V25W from Mide Technology can be tuned to the resonant frequency of a piece of equipment to power a wireless sensor node for the Internet of Things.

The Internet of Things brings a unique set of challenges for wireless sensor nodes that are driving the adoption of a wide range of energy-harvesting implementations. There is no one solution for powering these nodes, but a wide range of sources from solar and thermal to vibrational and even ambient RF is being enabled by a new generation of flexible power management devices. Coupled with ultra-low-power microcontrollers and low duty cycle, low-power wireless transceivers in advanced silicon technologies can now allow sensor nodes to be powered without the need to replace any batteries for a decade. With millions, if not billions, of such nodes being deployed around the world, this saves billions of dollars in operational expenses and makes the Internet of Things more cost effective.