However, image sensors will post double-digit revenue growth through 2017 as they are designed into more equipment. 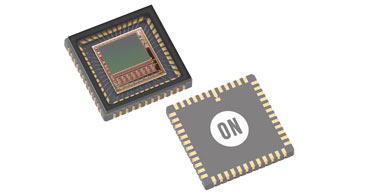 Buyers can expect prices for CMOS image sensors to drop about 2% per year for the next four years, although demand for sensors will rise and the market will increase 12% annually through 2017, according to market researcher IC Insights.

“We are pretty bullish on image sensors,” says Rob Lineback, senior analyst for the Scottsdale Ariz.-based researcher. “In 2013, we see revenue increasing 11% to $7.9 billion and units increasing 12% to 2.4 billion.”

The good news for buyers is that despite strong growth in demand for image sensors, the average price for all image sensors will decline 2% per year through 2017, according to IC Insights.

In 2012 there was an 8% increase in the average price of image sensors, says Lineback. 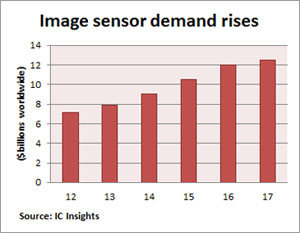 Mobile phones, especially smart phones, and media tablets will continue to be major drivers of image sensor growth for the next several years, says Marc Vasseur, general manager of the imaging division of STMicroelectronics, based in Geneva, Switzerland.

The number of smart phones continues to rise and each smart phone has two cameras, which require image sensors, he explains. Regular cell phones are usually equipped with one camera.

Vasseur adds that media tablets will also boost image sensor demand over the next several years.

“There is an explosion in tablet demand," says Vasseur, noting that tablets often have two image sensors.

Image sensors convert an optical image into an electrical signal.

Meanwhile, the percentage of image shipments for automotive systems will rise from less than 1% in 2012 to 8% in 2017, while scientific and medical applications will account for 5% of image sensor usage in 2017 compared to 3% in 2012.

Automotive systems are using more image sensors because more cameras are being designed into vehicles. There is a potential for 12 image sensors to be used in a car, according to Lineback. 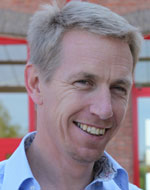 “Our main activity with image sensors is the specialty market segment,” says Joost Seijnaeve, product marketing manager for ON.“They're putting cameras in front of the car, on the side and back, and even inside the car to see who is sitting in what seat," he says. “The camera may be watching the driver to make sure he is not falling asleep.”

He adds that image sensors are also being designed into airbags to detect if there is a package on the seat—or a child or an adult.

Buyers that work for companies that make medical equipment, barcode scanners, machine vision systems or intelligent traffic systems can expect to see more image sensors on bills of materials for newly designed equipment. One supplier that focuses on such segments is ON Semiconductor, based in Phoenix, Ariz.

“Our main activity with image sensors is the specialty market segment,” says Joost Seijnaeve, product marketing manager for ON. “We supply more high-end type of image sensors in lower volume types of markets.”

Seijnaeve says image sensor demand was sluggish in the first half of the year, but will recover in the second half.

“We see higher demand coming up for the next two quarters,” he says, adding that demand will improve from various segments, including machine vision, which is a fairly stable market growing about 10% per year. Last year, image sensor demand from that segment fell as customers “worked off their inventories, and now the market is picking up slowly again. Customers are building up their inventories,” says Seijnaeve.

Seijnaeve says ON’s forecast is based on new orders placed by customers for the second half of the year.