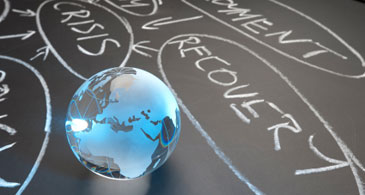 Natural disasters such as the 2011 earthquake and tsunami in Japan and the flooding in Thailand that shut down electronics production are dramatic examples of the need to identify, avoid and eliminate risk in the electronics supply chain.

However, such catastrophes are not the only risks that electronics purchasers and others in the electronics supply chain face, says Lou Ferretti, project executive, business integration and transformation for IBM Integrated Supply Chain. Ferretti heads up IBM’s supply chain risk management efforts.

IBM buys about $12 billion of production materials per year from suppliers around the world. As its electronics supply chain has grown more global, risk has increased, he says.

“We are doing more and more sourcing in growth market countries including India, China, other southeast Asian countries, Eastern Europe and South American countries,” says Ferretti. He notes there are many “good sources of supply” in those regions, but there is also more risk that IBM did not have before.

“One big supply chain risk is financial, the credit worthiness of suppliers," he explains, adding that smaller companies may have cash flow trouble, which increases the risk in doing business with suppliers.

“We do a rigorous supplier financial risk assessment of both publicly and privately held companies,” says Ferretti. “We are trying to detect the level of financial risk and we have a rating scale that determines that level.”

However, even if IBM determines there is a high level of financial risk with a supplier, it does not mean Big Blue will not do business with the supplier. If the supplier has a unique technology or product that IBM needs, it will buy from the supplier, but have contingency plans in place. 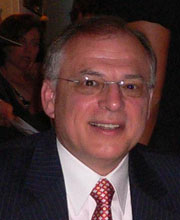 “We do a rigorous supplier financial risk assessment of both publicly and privately held companies,” says Louis Ferretti, project executive, business integration and transformation for IBM Integrated Supply Chain.Of course, climate and natural disasters may pose the biggest risk management challenges because they can be unpredictable, strike quickly and wreak havoc on electronics production and shipment of parts.

Other global supply chain risks include:

To help identify and manage such risks, IBM developed its own Total Risk Assessment (TRA) software tool, which provides automated alerts to commodity managers, purchasers and others at IBM about potential risks in the supply chain.

For instance, when the devastating earthquake and tsunami hit Japan in 2011 and knocked out a lot of electronics component production, the TRA tool identified the risks that IBM faced with it suppliers in Japan. The tool named all the suppliers IBM had in the affected area, what parts IBM bought from them, how much it spent with them and what parts were on order, says Ferretti.

Because of the tool, "we had access to this information [and] we knew where our shortages would be," he adds. Armed with the information, “our executive team called the suppliers and found out if their factories were up and running or if production was being moved to other facilities," he says.

IBM purchasing managers and executives formulated alternative sourcing plans to guarantee continuity of supply of key production materials. As a result, IBM was able to get all the parts needed, leadtimes of its products never increased, and it did not miss any delivery dates to customers, Ferretti says.

Although the strategies needed to manage supply chain risk vary depending on the issue, there are some strategies that can address multiple risks.

“If you have suppliers hold an additional five days of inventory so you have 10 days in their kanban,” that can be very helpful, says Ferretti. “It is, of course, a short-term solution."

He says IBM has a number of vendor managed inventory (VMI) programs with suppliers that help reduce risk.

“VMI is not a panacea, but in times of high demand, if you have a forecast to a supplier’s stocking hub, you can pull against the forecast. So if you need more parts in week one, you can pull the parts from week two,” he said.

Having multiple sources or sources in different regions of the world for the same part can also help reduce risk.

“We try to limit our sole sources, but sometimes we can't because the part may have a unique technology” and there is only one supplier that makes the part, he says.