Involvement of suppliers and purchasers in design and development are part of IBM's purchasing transformation.

That's because IBM buys billions of dollars of semiconductors and other electronic components for the servers, mainframe computers and mass storage devices that Big Blue designs and builds. Clarke, IBM's vice president of worldwide production procurement sourcing, oversees that spend. 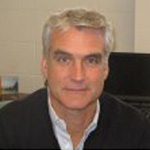 "Purchasers are right there with design helping to make decisions about which suppliers should be designed in," said Ron Clarke, IBM's vice president of worldwide production procurement sourcing.Clarke said that the spending is for microprocessors, memory ICs, logic, connectors, and other production materials and manufacturing services. Incredibly, about 90 percent of IBM's spending for production materials is with 20 suppliers.

As a result, IBM is very dependent on its suppliers, not just to build parts, but to develop the technologies that IBM needs for its high-end computers and storage units. Suppliers also help design and build subsystems, and sometimes entire systems, within IBM products.

Purchasers are also involved in design and development and are helping determine which suppliers are best equipped to handle development work.

The high level of involvement with suppliers and purchasers in design and development is indicative of the transformation that has occurred in IBM's purchasing organization.

"In the past, procurement at IBM was largely an administrative function, born of IBM's history of being a vertically integrated company," said John Paterson, IBM's chief procurement officer, who has worked at Big Blue for more than 40 years. "Dependency on outside suppliers in the past had been relatively low."

Back then, IBM engineers would write a specification for a product and the supplier would make it. "That is not today's model," said Paterson. "Today, large multinational, sophisticated suppliers are making a lot of research and development investments in their technologies and we find ourselves increasingly embracing those supplier capabilities and using them in the products we bring to market."

Clarke noted that IBM now is much more "interconnected, interdependent, and reliant" on suppliers and has formed strong partnerships with them.

Of course, IBM relies on Intel to develop microprocessors for its servers; memory IC suppliers to develop the latest dynamic random access memory chips and other semiconductor suppliers to build customized chips.

But the company is also reliant on electronics manufacturing services (EMS) providers to develop and build key assemblies in its lower-end servers, and in some cases, the entire server.

"We are bringing in suppliers that are designing big portions of our portfolio," including x86 systems, said Clarke. X86 systems are lower-end servers that are based on Intel's x86 microprocessors.

The EMS provider will also build the mechanical assembly, which is then shipped to IBM's facility. "Then we add the planar card (motherboard), the processor, memory, and hard drive," said Clarke.

For some products, the EMS provider would also install the planar card before it was shipped to the IBM facility where other key components were added.

In some cases, the EMS supplier will build the whole box. "It is ready to go to the customer. We might just add software and ship it directly to the customer," said Clarke. However, in most cases, IBM will add the key components because customers "tend to dictate at the last minute what they want from a processor, memory, and hard drive so we typically do that at our manufacturing site," Clarke said.

With IBM mainframes, IBM handles all the development work.

Whether IBM is designing and building a mainframe or outsourcing the mechanical part of a server, Big Blue buyers control the sourcing of key commodities such as processor, memory, logic, and hard drives. Those parts are high value, higher technology, and IBM needs to maintain relationships with the suppliers of those components.

However, for commodity items such as resistors, capacitors, and other lower-value parts, IBM allows its EMS providers to buy those parts on its behalf.

With higher-value parts such as processors, memory and chipsets, IBM uses a "buy-sell" technique to get the best prices from its strategic semiconductor suppliers. With buy-sell, IBM purchases the parts from suppliers and then sells the parts to its EMS providers at a higher price. The buy price is masked from the EMS providers.

Clarke said this is necessary because Intel and other suppliers don't want their strategic pricing known out in the marketplace.

While IBM is dependent on its suppliers for design work, it also involves purchasers in design. "Purchasing is interconnected with development," said Clarke. "Purchasers are right there with design helping to make decisions about which suppliers should be designed in, based on our knowledge of what is available in the industry, who is the most cost-effective supplier, and what is the smarter supply chain solution."

Purchasing also helps determine which design and development work should be outsourced to suppliers, and which suppliers can be trusted to do the work.

Examples of development that either are or could be outsourced are connectors and cables, sheet metal and mechanical parts. "In those areas we are getting development guys out of that business and getting our supplier partners to develop that up front based on what the goal of that product is going to be. That is a big change for us," said Clarke.

One reason that IBM can involve suppliers deeply in development efforts is because it has reduced its supplier base over the years and awarded more business to fewer suppliers.

"We have consolidated suppliers and have a core set that we have long and trusted relationships with. We ask suppliers to do a lot more for us than we have asked before," said Clarke.

Suppliers are willing to invest resources to support IBM because of the size of IBM's spending with them. Ninety percent of IBM's $12 billion spending is with less than two dozen suppliers. 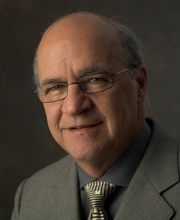 "We as a procurement community need to be proactively bringing supplier capabilities to the table," said IBM chief procurement officer John Paterson.While IBM has reduced its number of suppliers, it does add a supplier if the vendor has a technology that IBM needs for its products.

"We are a technology company," said Clarke. "If a supplier can bring us a technology that gives us advantage in the marketplace, we will engage with that supplier."

Clarke went on to add that interconnect and switching are areas that IBM has brought in new suppliers because they offered new technology.

Purchasing's role in finding suppliers of new technology is an important one if IBM is to continue to be successful in the marketplace, according to Paterson.

"We as a procurement community need to be proactively bringing supplier capabilities to the table," Paterson said. The mission of procurement is "not to wait for someone to ask for something and then source it. If IBM buyers do that, they will not deliver the value to IBM that IBM needs to compete," said Paterson.

"We have a unique position in procurement in that we have visibility of what is going on in the marketplace. We understand what suppliers are ordering, what they are investing in and where they see the business moving," Paterson said.

Buyers need to use that knowledge to make the right sourcing decisions that bring value to IBM and its customers, according to Paterson.

Paterson added that while purchasing at IBM has evolved and has become more strategic to the company, it needs to continue to change.

"The day that we in purchasing stop evolving is the day we shut up shop," said Paterson. "IBM's business continues to evolve. The marketplace and our competitors continue to evolve, so we need to stay on this evolutionary path to insure that we continue to deliver a competitive advantage to IBM," Paterson said.