How to Use Energy Harvesting in High Reliability Industrial Control Environments

This article looks at the design challenges of using energy harvesting sources to power nodes in industrial automation where high reliability is key. It explores how to combine energy sources such as temperature and vibration with battery systems and wireless links to ensure that sensor nodes can be placed in exactly the right position and with the highest possible reliability.

Energy-harvesting technologies can be used to enhance the reliability and availability of industrial systems. Being able to locate sensor nodes in the place they are needed regardless of the power or communication links can provide higher quality data. This in turn can deliver the trend data for techniques such as the Kalman algorithm that identify problems before they occur and allow for preventive maintenance or alternative equipment brought on-stream before a failure occurs.

These energy-harvesting technologies overcome the challenges of simple battery backed sensor nodes. With thousands of nodes across a factory floor, maintaining and changing batteries can be an expensive and time-consuming task. However, energy harvesting is seen as an unreliable source that can vary dramatically and so is often not considered for such applications. Combining an energy-harvesting source such as vibration, heat or solar with a rechargeable battery brings the best of both worlds. Standalone sensor nodes can be easily placed in difficult-to-reach places, and the rechargeable battery systems can last for thousands of cycles, dramatically extending the lifetime of the nodes.

However, this combination requires a new class of power management device that can provide reliable power from an irregular, low-current source. These devices use buck-boost architectures to specifically manage the power from the sources

Harvesting the energy from vibrations, with devices such as Midé’s Volture V25W, is a valuable source of power in factory automation. . 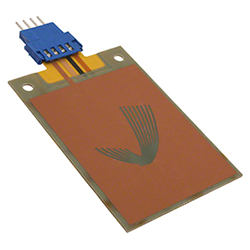 This is a hermetically-sealed piezoelectric device that is designed for use in harsh environments. It can be used as a sensor, but it can also directly integrate with power management chips and thin film batteries to provide a reliable power source. It is aimed specifically at powering sensor nodes in industrial networks as well as wireless High Voltage Air Conditioning sensors in industrial automation settings by tapping the vibrations of the motors. Being able to monitor the status of the HVAC is vital to ensure that the temperature on the factory floor is tightly controlled for reliability.

The V25W can then connect to a power management device such as the MAX17710 from Maxim. This is a complete system for charging and protecting micropower storage cells from energy harvesting sources. It manages poorly regulated sources with output levels ranging from 1 fW to 100 mW. The device also includes a boost regulator circuit for charging the cell from a source as low as 0.75 V (typ). 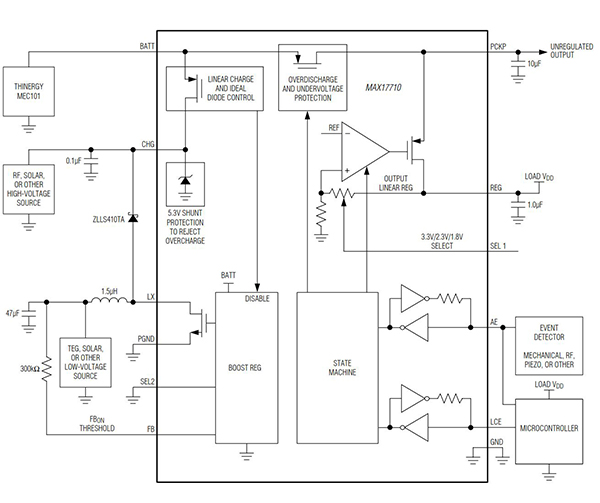 Figure 2: The MAX17710 is specifically tuned to the power of energy-harvesting sources.

Solar cells are a possible source of power even indoors on the factory floor. The MB39C831 from Spansion is a high-efficiency synchronous rectification boost DC/DC converter which efficiently supplies energy getting from the solar cell with the single cell or multiple cells, or from a thermoelectric generator (TEG), to a Li-ion battery.

It controls the DC/DC converter output following the maximum power point of the solar cell using a Maximum Power Point Tracking (MPPT) algorithm and the protection function to charge the Li-ion battery safely. 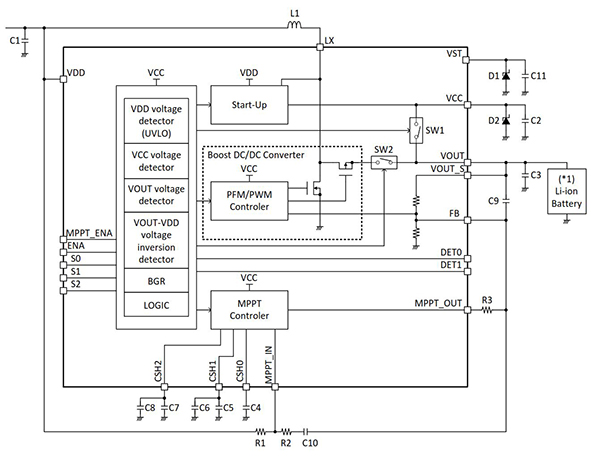 Figure 3: The MB39C831 tracks the optimum power point of the source for the most efficient energy conversion.

It is possible to start-up from 0.35 V using the low-voltage design (Figure 3). The device adapts to the applications where a single-cell solar cell is treated as the input, and supplies an output of 3.0 V to 5.0 V to power the sensor node with a quiescent current of 41 µA. A key feature of the device is that it optimizes the efficiency of the power conversion during the low-output power by automatically switching between using pulse frequency mode (PFM) and pulse width mode (PWM) conversion.

This adaptive approach also helps with other power sources such as thermal energy. This can be used on the factory floor to generate power from thermal differences. Heat engines such as the Laird WPG-1  can provide up to 1.5 mW of usable output power and can handle a wide range of load resistances (Figure 4). An ultra-low-voltage step-up converter is incorporated to provide usable output power at low temperature differentials of under 20°K. The output power can be regulated to accommodate three voltage set points: 3.3 V, 4.1 V or 5.0 V to power the sensor node or even larger equipment.

Figure 4: The current output of the Laird WPG-1 heat engine depending on the temperature difference.

One way to further enhance the reliability of an energy-harvesting source is to use a capacitor bank to collect the energy before it is either used or stored in a local battery. The EH300/EH301 Series EPAD Energy Harvesting Modules from Advanced Linear Devices can accept energy from many sources to deliver conventional 3.3 V and 5.0 V outputs for applications with low power intermittent duty cycle sampled data or condition-based monitoring, as well as extreme lifespan requirements. The modules are completely self-powered and always in the active mode so they can accept instantaneous input voltages ranging from 0.0 V to +/-500 VAC or DC, and input currents from 200 nA to 400 mA from energy-harvesting sources that produce electrical energy in either a steady or an intermittent and irregular manner with varying source impedances. 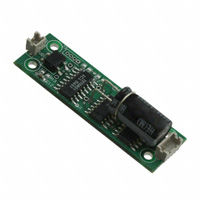 Figure 5: The EH300 module from Advanced Linear Devices uses a capacitor bank to provide an always-on power management from a variety of energy-harvesting sources.

Each module is set to operate between two supply voltage thresholds, +V_low DC and +V_high DC, corresponding to the minimum (VL) and maximum (VH) supply voltages for the sensor node.

When an energy source starts to inject energy into the inputs of a module as charge impulses, these charge packets are collected, accumulated and stored onto an internal storage capacitor bank. For most common energy-harvesting applications, the electrical energy charge packets arrive in the form of input voltage spikes that are uncontrolled and unpredictable. Often these cover a wide range of voltages, currents and timing waveforms, which can be hard to handle. As an example, an EH300 module can cycle within 4 minutes at an average input current of 10 µA and within 40 minutes at an average input current of just 1.0 µA.

Energy harvesting can be an effective way to deliver power to a sensor network without being limited by power cables. Placing the sensors in the place where they are needed, and powered by the vibration of equipment or the lights above can be an innovative way to get very useful data to ensure that factory systems operate reliably. Adding rechargeable batteries extends the maintenance and replacement cycle dramatically and provides a flexible and effective way to reliably monitor equipment via a wireless sensor network.