How to Integrate Inertial Sensing into Wearable Equipment

Review of accelerometers with digital interfaces that are an ideal fit for wearable applications that require motion sensing.


Accelerometers are a key technology for wearable designs. Almost every piece of equipment can benefit from knowing its orientation, and adding an accelerometer provides new ways to implement a sophisticated user interface. If the system knows how it is moving, it can respond in different ways, from changing a screen to reflect position or orientation to supporting gesture controls. The processing power that is already packaged in an accelerometer to provide the position data is also being tapped to provide a sensor fusion hub for such designs. This can save space, weight and power by allowing other sensors to be attached to the accelerometer without having to use the processing cycles in the central controller or applications processor.

All this has been pioneered by the mobile phone industry, but accelerometers are moving into many more designs, from fitness systems to smart watches. The interface is also changing, moving from an analog interface to a simple digital link to a controller with data from other sensors included. Accelerometers for wearables range from 2- and 3-axis devices up to 6-axis with integrated temperature and even magnetic sensors to provide more functions in the design.

The MMA3202 series of dual axis (X and Y) silicon capacitive, micromachined accelerometers from Freescale Semiconductor features signal conditioning, a 4-pole low-pass filter and temperature compensation and separate outputs for the two axes. The zero-g offset full-scale span and filter cut-off are factory set and require no external devices, making it easier to include in a design as tweaks are not needed in the manufacturing line. Similarly, a full system self-test capability verifies system functionality.

Figure 1: The MMA3202 dual-axis accelerometer has different sensitivities on the X and Y axes.

The accelerometer is a surface-micromachined capacitive sensing cell (g-cell) and a CMOS signal conditioning ASIC contained in a single package that is sealed hermetically at the wafer level using a bulk micromachined “cap'' wafer.

The g-cell is a mechanical polysilicon structure that can be thought of as two stationary plates with a moveable plate in-between. The center plate can be deflected from its rest position by subjecting the system to an acceleration, and this change is captured as the change in capacitance between the plates. The CMOS ASIC uses switched capacitor techniques to measure the g-cell capacitors and extract the acceleration data from the difference between the two capacitors. The ASIC also signal conditions and filters (switched capacitor) the signal, providing a high-level output voltage that is proportional to acceleration with different sensitivities of 100 g on the X-axis and 50 g in the Y-axis. 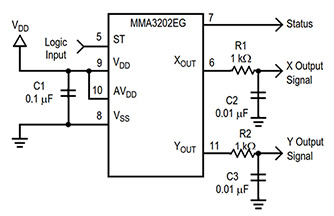 Figure 2: Integrating the MMA3202 dual-axis accelerometer into a design.

The 2-axis device can be easily connected as part of a wearable design as close as possible to the central microcontroller with a 0.1 μF capacitor on the power line to decouple the power source. Ensuring there is a ground plane beneath the accelerometer will help to reduce noise, and this ground plane should be attached to all open-ended terminals in the interface.

An RC filter of 1 kΩ and 0.01 μF on the output of the accelerometer will help to minimize clock noise from the switched capacitor filter circuit. Additionally, it is important to ensure that the PCB layout of power and ground does not couple power supply noise and that the accelerometer and microcontroller are not a high-current path. Selecting the switching frequency of the A/D sampling rate and any external power supply so that they do not interfere with the internal accelerometer sampling frequency will prevent aliasing errors that can give incorrect results from the sensor and provide spurious responses from the system.

Accelerometers can also be used for navigation in premium wearable designs, and the ADIS16305 iSensor, now from Invensys, provides a complete inertial system that includes a gyroscope and triaxis accelerometer. Each sensor combines iMEMS technology with signal conditioning that optimizes dynamic performance and the factory calibration characterizes each sensor for sensitivity, bias, alignment, and linear acceleration. As a result, each sensor has its own dynamic compensation formulas that provide accurate sensor measurements over a variety of conditions.

The ADIS16305 provides a simple, cost-effective method for integrating accurate, multiaxis inertial sensing, as all the necessary motion testing and calibration are part of the production process at the factory, greatly reducing system integration time.

An improved SPI interface and register structure provide faster data collection and configuration control and the ADIS16305 uses a pinout that is compatible with the ADIS1635x, ADIS1636x, and ADIS1640x families when used with an interface flex connector.

The user registers provide addressing for all input/output operations on the SPI interface. Each 16-bit register has two 7-bit addresses: one for its upper byte and one for its lower byte. Although the ADIS16305 produces data independently, it operates as an SPI slave device that communicates with the system processor as the master using the 16-bit segments. Individual register reads require two of these 16-bit sequences, with the first providing the read command bit (R/W = 0) and the target register address (A6 to A0). The second sequence transmits the register contents (D15 to D0) on the data OUT (DOUT) line. The SPI operates in full-duplex mode, which means that the master processor can read the output data from DOUT while using the same system clock pulses to transmit the next target address on DIN.

Meanwhile, the A3G4250D from STMicroelectronics is a low-power 3-axis angular rate sensor with high levels of stability at zero rate level and sensitivity over temperature and time. The sensing element is combined with an interface chip that provides the measured angular rate to the external world through a standard SPI digital interface to simplify the integration with a controller. An I²C-compatible interface is also available. The sensing element is manufactured using a dedicated micro-machining process developed by STMicroelectronics to produce inertial sensors and actuators on silicon wafers. The A3G4250D has a full scale of ±245 dps and can measure rates with a user-selectable bandwidth so that only the power needed for the application is used. 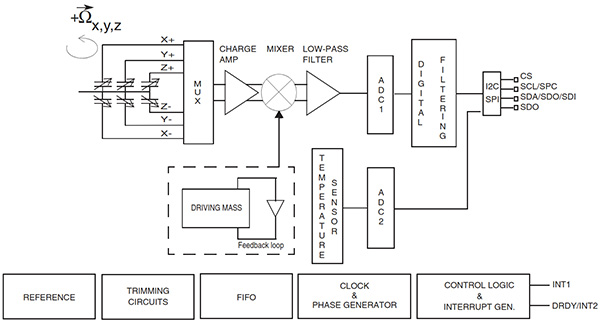 Figure 3: The structure of the A3G4250D 3-axis accelerometer from STMicroelectronics.

The FXOS8700CQ has dynamically selectable acceleration full-scale ranges of ±2 g/±4 g/±8 g and a fixed magnetic measurement range of ±1200 μT. The output data rates (ODR) range from 1.563 Hz to 800 Hz and are selectable by the user for each sensor. Interleaved magnetic and acceleration data is available at ODR rates of up to 400 Hz. The programmable automatic ODR change also uses an Auto-Wake and return to Sleep function to save power, and this works with both magnetic and acceleration event interrupt sources. 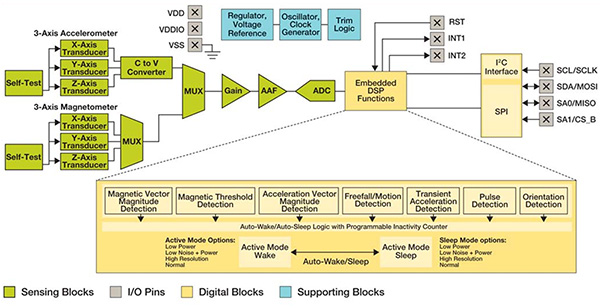 Figure 4: The Xtrinsic FXO8700CQ 6-axis accelerometer and magnetic sensor can be used to build an e-compass for wearable systems.

Many of today’s accelerometers provide a simple SPI or I²C interface from the accelerometer to the central processor, making integration simpler for the designer of a wearable system whether a 2-, 3- or 6-axis sensor is used. However, attention has to be paid to the placement of the sensor. Avoiding high current paths and ensuring that sampling rates are selected to avoid anti-aliasing with switched-mode power supplies and making sure the data is as accurate as possible. This allows the designer to add a wide range of new user interface techniques and positioning functions for the latest wearable equipment.