Home Lighting Links Up with the Internet of Things

Smart control of household lighting as part of home automation and the smart home has been a dream and even an awkward reality for over 50 years, beginning with the use of the BSR X10 series of controllers around 1975. Due to incredible advances in low-power, low-cost control and connectivity technologies, and availability of web-enabled networking and management interfaces, it is becoming a more realistic, flexible, and cost-effective application. Although it begins with basic smart-house control, the obvious next stage is to implement remote control via the Internet and a smartphone or PC, as it is a natural fit with the technical perspectives and momentum of the Internet of Things (IoT).

The good news is that the technology to provide the “home lighting meets IoT” solution is available, but there are also many practical implementation questions. Plus, there is an interesting twist: for many other IoT installations such as remote monitoring, the lack of a convenient and sufficient operating power source is a priority consideration. However, that is not a concern here at all, as home and office lights are obviously connected to an AC power line.

On the other side, there are many possible on-site choices for the network connectivity and access needed, and each has pros and cons. Further, given the large number of lighting-control nodes needed in a typical home, cost per node is a major IoT concern. Finally, if remote access via the Internet is also implemented, there are issues of security that must be addressed at multiple levels of the network protocol, down to the hardware of the physical layer.

In a smart-home-lighting system, each lighting fixture (called a luminaire in the trade) would interface via a wired or wireless link to a central controller which would know the on/off/dimming status of the fixture, as well as be able to control these parameters. In a typical home, there could be dozens of such luminaire nodes to be monitored and controlled; in an office, there could be many more. Therefore, the choice made for the physical interface is the first and most crucial, as all other layers of the interconnect model build-up from that decision. While providing smart, network-friendly control of home lighting seems both an obvious “to do” and easy to implement, it is not, especially when factors of cost and compatibility are factored into the decision.

Choices include using the AC line, a dedicated wired link, or wireless links. The obvious option for the network interconnect to each luminaire is to use the already connected power line itself, and this has been used with mixed results (again, look at BSR X10). Although the power line is a challenging communications medium due to noise, interference, transients, brownouts, and many other issues, the required data rate is very low, so modest latency and retransmission in case of errors is acceptable. However, the AC line also can be very erratic in performance, and even a home installation can be frustrating. Also, any interconnect between the AC line as a source of power, and the AC line as a network medium, will require some sort of isolation between power and data signals, which adds to cost and bulk.

Another option is to use a separate, dedicated wired link to connect all nodes. This can be low cost and effective for new installations, but has a high retrofit cost. It is attractive since the hardware at each node will also be low cost, and there will be no issues of performance degradation due to wireless interference from the many other users of the chosen band.

A wireless, RF-based link is the third alternative, and this has been the area of the most vendor activity and confusion in recent years. Among the choices are proprietary links, Wi-Fi (IEEE 802.11) links, ZigBee-compatible (IEEE 802.15.4) links, and ZigBee-derived links, plus others. This diversity highlights one of the biggest smart-home-lighting control issues: incompatible implementations starting at the physical layer, and moving up the layer stack. Issues of interoperability and incompatibility, combined with some older and legacy approaches, are among the considerations designers must take into account.

Providers of appropriate ICs and node designs know that meeting the requirements for the physical interfaced hardware and connectivity constitutes a huge potential market. Some vendors support the legacy Digital Addressable Lighting Interface (DALI) standard, IEC62386, targeted at home, office, and professional applications (theater lighting, for example). This standard uses a single pair of low-voltage wires to connect up to 64 devices (via 6-bit addressing) including incandescent bulbs, fluorescent lamps and their ballasts, and even LEDs, all on a single loop called a network group. For connecting additional device nodes beyond the 64 maximum, DALI supports up to 16 groups which can be linked together. Daisy-chain, star topology, and multi-drop configurations are all allowed, and these topologies can be mixed (Figure 1).

Figure 1: The DALI wired network uses a simple two-wire interconnect, and can be configured with one or more topologies, mixing daisy-chain, star, and multi-drop approaches (courtesy of Microchip Technology).

The DALI standard uses Manchester encoding at 1200 baud (slow, but sufficient for the application), and operates from a 16 V/250 mA supply. It allows for monitoring, control, dimming, and “group” functions (where a predefined cluster of luminaires simultaneously receives the same directive), with up to 300 meter reach. The wiring is ordinary solid or stranded #18 AWG lighting wire, which can be used due to the low-data rates, along with low-cost screw-terminal connectors.

For example, Microchip uses a low-power PIC16F1947 microcontroller in their DV160214-1 DALI controller evaluation board. The design includes optocoupler-based galvanic isolation between the DALI bus and the microcontroller, a prerequisite for both user safety and reliable operation of the electronics (Figure 2). 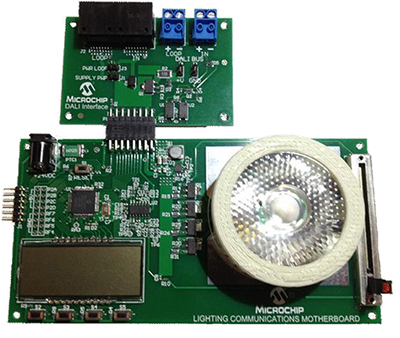 Figure 2: Microchip's demo/evaluation board for DALI and lighting management includes interface, operating power, and sense and control functions, as well as galvanic isolation between the power line and the unit.

By itself, a DALI-based lighting-control system cannot be directly connected to an Internet access point to provide IoT connectivity. However, the DALI controller node can be used as a gateway to an Internet-compatible interface, and so meets the requirements of network interconnection Layer 1 (PHY) and Layer 2 (MAC). 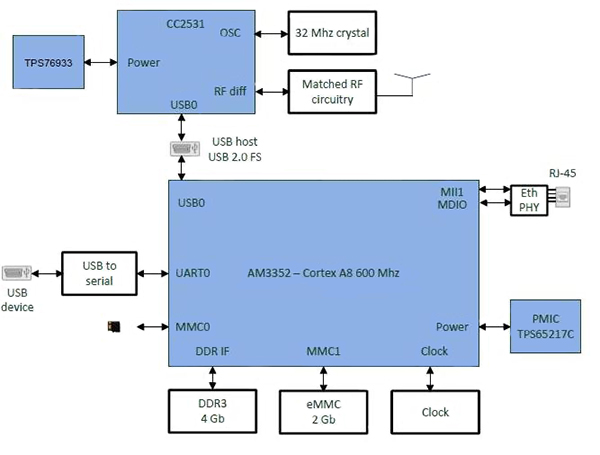 Figure 3: The residential lighting gateway reference system from Texas Instruments is a complete hardware, software, and development system, with detailed schematics and development documentation, including support for MAC and PHY layers, and for the higher layers of the interconnect model.

Figure 4: For the TI system, a USB-based dongle is the key to a low-cost ZigBee interconnect node and target development tool.

The TI CC2531 IC which provides the PHY control and connectivity is USB-enabled SoC (system-on-chip) supporting ZigBee and RF4CE standards, and provides two critical functions. It combines an RF transceiver along with an enhanced, industry-standard 8051 MCU, in-system programmable Flash memory, 8 KB RAM, and many other features. It also features very low dissipation, aided by short transition times between operating modes to further ensure low amounts of energy consumption. (Although operating power certainly is available, it is important to keep dissipation low since the outlet switch box itself is small and often has poor heat flow.)

In addition, the reference design has Linux-based network and GUI applications to control and monitor the ZigBee lighting nodes (Figure 5). The complete kit includes the hardware, plus a simple API (application programming interface) for lighting control which incorporates a TCP/IP to ZigBee bridge, which is needed for development of applications, as well as for the integration of connectivity solutions. It also comes with software examples for local and remote control of ZigBee nodes, including using Android-based systems such as phones, tablets, and set-top boxes. 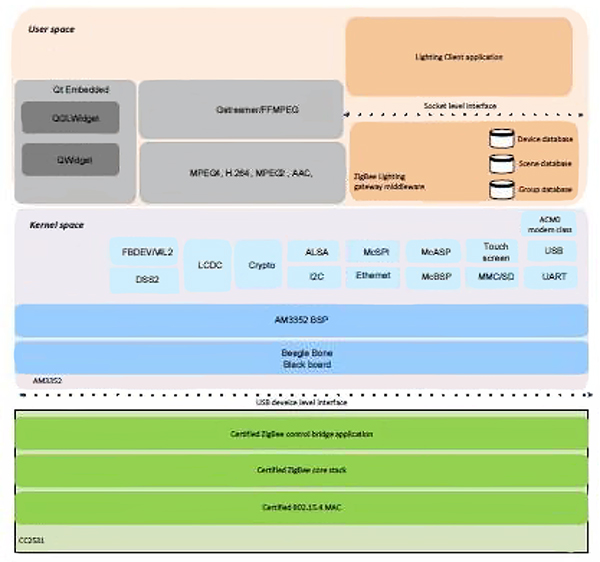 Figure 5: The schematic of the software of the TI system shows the depth and breadth of support provided, indicative of the complexity of a complete lighting-control system and the many options which OEMs may want to include.

Due to huge market opportunity, almost all vendors with mixed-signal, power, and wired/wireless connectivity expertise are addressing this application from at least one perspective. Designers at OEMs must consider not only the available components, but also the applications support at the basic PHY/MAC layers, as well as low-level applications software, basic development interfaces, and higher-level application development and debug tools, evaluation boards, plus the safety and regulatory approvals needed, since these installations involve line-voltage AC power.

The long-held dream of the automated house is becoming a reality, using technology associated with the Internet of Things (IoT). One obvious place to start is with smart home lighting, via monitoring and control of the many fixtures (luminaires) using incandescent, fluorescent, and LED-based illumination sources. This article has examined some of the ways to achieve wired and wireless control and IoT connectivity, as well as some of the technical issues that are challenges and perhaps impediments, such as new versus retrofit installations, industry standards and interoperability concerns, and cost.