Harvesting Energy from the Environment to Power Medical Systems

Learn about the different environmental energy harvesting technologies that can be used to power medical systems and how to integrate them into a design.

Many medical applications want to be able to generate power from the local environment to avoid the challenges of battery charging and boost their connectivity.

Flat batteries can mean lost data and systems that are unresponsive when they are needed most. Having to plug in equipment to charge is inconvenient and means the equipment may not be available when it is needed, which can be a major problem.

The increasing focus on security is also presenting more of a challenge for system designers who want to harvest energy from the environment to power wearable medical monitors to overcome this battery challenge. There are also key power management issues to consider with such designs, but a range of development boards can help combine an energy harvesting source, low power microcontroller and wireless link.

Solar power is an increasingly popular way of providing power for both the sensors and the wireless links in wearable medical equipment. At the heart of using a solar cell in a design is an ultra-low-power microcontroller such as the MSP430 from Texas Instruments. This is used in the eZ430-RF2500-SEH Solar Energy Harvesting development kit to help create a perpetually powered wireless sensor network. The module includes a high-efficiency solar cell for operating indoors under low-intensity florescent lights, which provides enough power to run a wireless sensor application with no additional batteries. Inputs are also available for external energy harvesters such as piezoelectric power.

The system also manages and stores additional energy in a pair of thin-film rechargeable batteries that are capable of delivering enough power for over 400 transmissions without any external power. This ensures that medical data can be reliably captured and transmitted without having to worry about recharging the batteries, as they act as an energy buffer that stores the energy while the application is sleeping and has light available to harvest. They also have a very low self-discharge, which is vital for a no-power, energy harvesting system.

The eZ430-RF2500 is used to run the energy harvesting application. It is a complete USB-based MSP430 wireless development tool and provides all the hardware and software necessary to use the 16 MHz MSP430F2274 microcontroller and CC2500 wireless transceiver. The transceiver operates in the unlicensed 2.4 GHz band with TI’s SimpliciTI low-power communications protocol, linking back to a hub that can either be a PC or an embedded data collection hub, and it is here that the security elements of the design would be implemented. 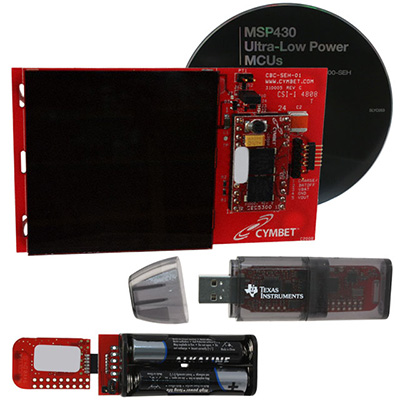 Figure 1: The eZ430-RF2500 development systems from Texas Instruments use a solar cell to power a 2.4 GHz wireless link to deliver medical sensor data to a hub.

This approach ensures that the sensors and wireless link have enough power from the energy harvesting, as high current pulses place special demands on batteries, and repeated delivery of pulse currents exceeding the recommended load current of a given battery can reduce the useful life of the cell. Pulse currents of tens of milliamperes are common in wireless sensor systems during transmit and receive modes. Unfortunately, the internal impedance of the cell often results in an internal voltage drop that stops the cell from delivering the pulse current at the voltage necessary to operate the external circuit.

One method of mitigating such effects is to place a low equivalent series resistance (ESR) capacitor across the battery. The battery charges the capacitor between discharge pulses, and the capacitor delivers the pulse current to the load. Specifying the capacitance for a given battery in an application is a straightforward procedure once a few key parameters are known, including the battery impedance and voltage, the operating temperature, and the pulse current amplitude and duration.

The eZ430-RF2500-SEH development board includes firmware for the MSP430 that takes into consideration these constraints, as well as a PC application that can display all connected wireless nodes and the data being delivered.

Silicon Labs has also combined an ultra-low-power wireless sensor, powered from an energy harvesting source, with a suitable microcontroller, for medical systems which wake periodically to measure and transmit results. As it is powered from an energy harvesting source, no batteries need to be replaced for the life of the system, which has a life expectancy of 15 years (or 7 Ah) with a thin battery that is just 0.17 mm high.

The Sensor Node uses a Silicon Labs Si1012 wireless MCU that operates at 919.84 MHz and is powered by a solar energy harvesting power supply. When the node is not transmitting data, the controller can remain in a low-power state where it only consumes 50 nA. The leakage current of the energy harvesting supply, when enabled, is approximately 3 µA and is cancelled out by as little as 50 lux shining into the solar cell. This allows the energy harvesting supply to power the system for approximately 7 days even in the dark and works effectively in both in indoor lighting with illumination of 200 lx and outdoor lighting with 10,000 lx. 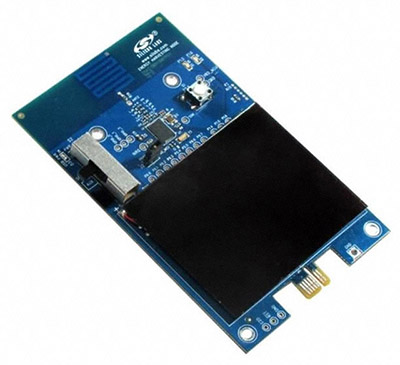 Figure 2: The energy harvesting RD development board from Silicon Labs can operate its 919 MHz wireless link for days in the dark.

The node consists of a solar cell to provide the energy, a rectifier that can be used to convert AC vibration energy into a DC current, and a power manager from Linear Technology that takes in DC energy and regulates it to a constant 4.1 V. This also protects the battery from over-discharge by disconnecting it from the circuit if its voltage gets too low.

The energy management circuitry then converts the 4.1 V output of the thin film battery to a regulated 2.7 V for use by the wireless controller. The main components of this circuit are an ultra-low-power low dropout (LDO) regulator, a brownout detector, and a 100 µF tantalum capacitor to supply the peak currents required for RF transmission. The LDO’s shutdown pin is tied to the output of the brownout detector, so that the system is not powered until the 100 µF capacitor is charged up to at least 3.0 V. This ensures that the system will not attempt to power up unless it has enough stored energy to get it through the power up sequence. However, the system requires approximately 3 µA to operate, which is easily supplied by just 50 lux light shining on the solar cell.

When the controller wakes from sleep mode, it samples the current temperature using the on-chip temperature sensor, the remaining charge in the thin film battery, and the amount of ambient light at the solar cell, which can be used to manage the system operation.

One of the key features is the very-low power consumption both in sleep and active modes. Figure 3 shows the activity profile with an RF packet sent once a second. The peak current is 29 mA when the RF transmitter is enabled and the average current over the three-minute time interval is 51 µA. This is sent over a 128 kbit/s link using GFSK modulation with an output power of +13 dB.

Figure 3: The activity profile of the low power wireless link in the RD development board shows how energy harvesting can support data transfers.

Both these development boards use dedicated wireless protocols at 2.4 GHz and 919 MHz, and any security would have to be added.

Bluetooth Smart devices can be used to provide a 2.4 GHz wireless link with encryption to a smartphone with security of the signal built-in, but this comes at a cost to the power consumption and presents a bigger challenge for the energy harvesting system. Bluetooth devices such as the BLE112 module from Silicon Labs (previously BlueGiga) in the DKBLE development kit can be used to develop heart rate monitors with dedicated, optimized software.  With a power consumption of 27 mA in transmit mode and just 0.4 µA in sleep mode, it can be combined with a power management sub-system to harvest its energy from a solar cell with a rechargeable battery. 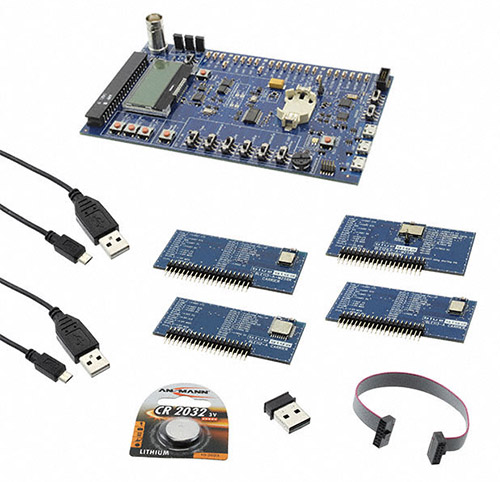 Figure 4: The DKBLE development kit from Silicon Labs can be used to develop a heart rate monitor with a Bluetooth Smart wireless link.

There is a range of technologies that can be used to harvest energy from the environment for wearable medical monitors. Piezoelectric devices and solar cells can generate sufficient power to ensure that data capture is uninterrupted by the need to charge batteries, and comprehensive development boards provide the power management, low-power microcontrollers and software to implement such systems. The latest technologies such as Bluetooth Smart are now adding security to the links alongside dedicated software that makes such developments even easier.