Home » Media Library » Articles Library » Getting in the Mood for LEDs: High Brightness for High Flyers

Getting in the Mood for LEDs: High Brightness for High Flyers

A review of the two allied technology trends that are contributing to the expanding use of LEDs in mood lighting for aircraft and light therapy products.


That rude awakening towards the end of a long-haul flight, when the attendants turn on the cabin lights before breakfast and landing, may soon be just a bad memory. Dimmable LED lighting is now being installed into aircraft cabins in virtually every new build, and is increasingly retrofitted into existing platforms as they are refurbished.

Meanwhile, in space, astronauts suffer from sleep deprivation, as well as Seasonal Affective Disorder (SAD), due to too little sunlight. To counter the effects, the International Space Station’s US section is being equipped with LED lighting to simulate daylight. Back on earth, SAD sufferers have access to a growing range of LED light pads and light boxes widely used to provide light therapy.

This article will review the two allied technology trends that are contributing to the expanding use of LEDs in mood lighting for aircraft and light-therapy products: higher power, higher brightness LEDs, and multichip (chip on board) packaging. In addition, it will explore recent chip and module introductions targeted at this market. Examples include recent additions to the Osram Topled series, the Cree CXA family of high-performance LED chips and arrays for high lumen applications, the Bridgelux Vero series COB LED modules that deliver more light in smaller packages, and examples of the high-quality blue LEDS in the Philips Lumileds Rebel ES range for simulating sunlight in RGB white lighting systems.

The favorable reception of LED lighting in aircraft cabins is spurring greater take-up in the retrofit market too, as competitive elements come into play. Airlines are beginning to exploit the fleet livery and branding opportunities that the design flexibility of programmable color LEDs can deliver.

Easy control and programmability are major benefits of LED lighting in aircraft cabin and similar mood-lighting applications. LEDs can be set up for gradual brightening and dimming, with an appropriate color temperature change. This ability to simulate sunset and sunrise, as well as to provide daylight-like lighting, makes LEDs ideal for ‘chronobiologically adapted’ lighting. Extensive research underway in Europe¹ is showing that this technique not only leads to medically measurable improvements in sleep, but also enhanced well-being that can promote higher alertness on arrival. Ultimately, chronobiologically adapted lighting may reduce or even eliminate jetlag, the researchers maintain.

Bergische Universität Wuppertal, the Fraunhofer Institute for Building Physics (IBP), Airbus, Diehl Aerospace, and Osram joined forces in a project to study the impact of chronobiological lighting on airline passengers. Light controls key bodily functions, including the sleep/wake rhythm, body temperature, and hormone production. The sleep hormone melatonin promotes sleep and the stress hormone cortisol supports alertness. The key to intelligent lighting in a ‘wellbeing’ application, therefore, is to adjust light intensity, such that the brightness and color spectra are selected in accordance with the time of day to support the circadian rhythm.

Warm, white light at the beginning of an overnight flight was found to contribute to relaxation, promoting melatonin production and a slower heart rate, thereby making the flight more relaxing for passengers and encouraging better sleep. In the morning, a cooler, white light (high blue component) helps passengers become more alert by suppressing melatonin excretion. Among businesspeople, for example, this is reported to lead to better performance at their first business meeting the morning after a flight, and among tourists to a more rested start to their holiday.

Light therapy has been used to treat Seasonal Affective Disorder (SAD) for some years. Now officially recognized by doctors and psychiatrists as a medical condition, it affects millions of people every year, predominantly in the higher latitudes of the northern hemisphere during winter months. Insufficient natural sunlight, particularly first thing in the morning, can prevent our bodies triggering our circadian rhythms, which produce the hormones required to feel wide awake. During the day, if we do not receive enough sunlight we feel sluggish, lethargic and low in energy. Staying awake long after darkness can result in lack of sleep, disrupted sleep patterns and mood swings.

SAD is particularly prevalent among astronauts, and NASA has conducted extensive research² into the problem. Fatigue can result in poor decision making, which has to be avoided, not only for the astronauts themselves, but for the mission controllers who work with manned (and unmanned) flights, adjusting their hours to the ‘day time’ experienced by the craft they are following.

Light therapy has been used for two decades to help astronauts prepare for their flights and the change in circadian rhythm. Simulated sunlight suppresses the release of melatonin and prepares the subjects for the ‘day’ ahead. However, more recently, NASA researchers, among others, discovered the presence of melanopsin, a blue-light-sensitive photo pigment in the eye, which forms a light-detecting network that reacts to indirect light.

Being more responsive to blue light, and twice as effective as green at shifting the circadian clock and alerting the brain, light therapy has become more targeted and tolerable. While white light boxes may still have their place in light therapy treatments, just having the right light color in the room can be therapeutically effective: blue-enriched light to suppress melatonin production and blue-depleted light to prepare for sleep.

Coincidentally, LED lighting technology has matured to the extent that it can be used to exploit the researchers’ findings extremely well. Fixtures can be constructed that mix a wide variety of colors within a single source to produce specific shades of white, and importantly, can be easily and effectively controlled. This, together with low power operation and long life, makes LED-based lighting the obvious choice for applications such as the International Space Station.

NASA is so convinced of the importance of enough restful sleep for its astronauts that it is installing programmable LED lights as part of its upgrade in the ISS, starting this year. The system will allow the astronauts to maintain a regular day–night cycle by shifting lights from blue and green to red as the day progresses.

The research is also finding its way into other applications. Lighting systems can be designed to help shift workers such as medical and emergency staff to adjust to shift patterns. Schools and hospitals are prime targets for programmable LED lighting to better support activities such as learning and healing, respectively. In hospitals especially, LED lighting is being used to help long-term patient recovery and to treat dementia. Meanwhile, simple, portable light boxes are available as consumer products, designed to provide light therapy for SAD sufferers in the home.

A wide range of SAD therapy lamps and light boxes are designed to deliver a full spectrum white light at 10,000 lux at a specified distance, much brighter than standard incandescent luminaires. With the advent of LEDs, light boxes have become smaller and more convenient. The findings that the addition of blue wavelengths can be as effective as high-intensity white, has opened up yet further opportunities for LEDs in this market segment. A number of organizations recommend both blue and white light therapy devices. 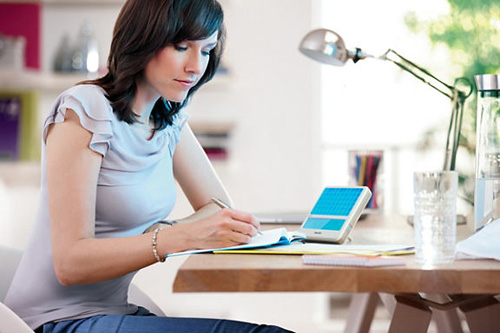 In terms of performance for aircraft cabin lighting, it is only in the last couple of years that LEDs have been capable of generating sufficient light within an aircraft’s physical and power constraints. Physical constraints include the overhead bins and sidewall structures. This is where the flexibility and wide choice of form-factor can be a significant advantage. Not only are efficient, high-brightness LEDs desirable, but also the way in which they can be packaged can be just as important.

Osram Opto Semiconductor has long been a supplier of LEDs to the transport sector, including avionics. Its latest range of mini and classic Topled devices provides a particularly high quality of light: high brightness but with a ‘pleasant’ white light, ideal for aircraft cabin lighting. Long life, rated at more than 50,000 hours, and low power consumption, measured at less than 0.1 W, make them an economical choice.

In terms of packaging, chip-on-board (COB) arrays provide a convenient means of assembling multiple die into a small module for high-brightness lighting applications. An assembly might contain all the same devices or a mix of devices (multi-emitter array) that can then be programmed to produce different lighting effects. A typical COB array can generate 1000 lm over a source area of 100 mm2. COB modules are particularly suited to directional lighting, such as for reading lights and spotlights.

Bridgelux offers its Vero COB optical packaging system for LEDs, designed specifically for high lumen density applications, optimizing the amount of light emitted by a specific form-factor. The Vero series has industry-leading performance (4000 to 16,000 lumens) and is available in four different light emitting surface (LES) configurations with color temperatures from 2700K to 5000K and a wide variety of CRI options. Form-factors include circular, square, and star shapes.

A typical module from the top of the range Vero 29 series, for example, the BRXC-40E, delivers 9590 lm at a CCT of 4000K from a LES of less than 30 mm2, in a compact module just 50 mm in diameter. These modules are designed for applications requiring good beam control and precise, consistent, uniform lighting. Modules are available delivering a lumen output up to an impressive 16300 lm, and with CCT versions for warm, neutral, and cool white light.

Chip-on-board modules from Cree have recently been extended with yet higher performing versions. Certain applications that previously required hundreds of LEDs to achieve the required efficacy can now be achieved with just a few devices. The CXA family now extends to the 3590 COB module, delivering 16,225 lm and capable of replacing a 250 W metal halide lamp. Its 23 mm family has been expanded with the CXA3070 module, increasing performance to 11,000 lm at 85oC, and providing a drop-in replacement for the existing CXA3050 devices, which, themselves, reach 10,000 lm performance at the top of the range. Color temperature ranges from 2700 to 6500K, and CRI from 70 (minimum) to 95 (typical). A typical mid-range 5000K device, the CXA3050-0000, comes in a square configuration delivering 6536 lm. 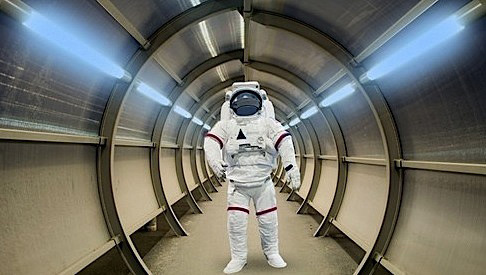 Figure 3: NASA is installing LED lighting in the International Space Station which will recreate natural daylight, with a bluer light in the morning, graduating through neutral white during the day, and a blue-depleted light in the evening to prepare astronauts for sleep.

For light therapy and daylight simulation systems, a blue element at around 470 nm is added. Some of the highest efficacy and light output blue LEDs available can be found in the Luxeon Rebel ES range from Philips Lumileds. The devices are claimed to be ideal for RGB mixing to deliver the required color temperatures for various applications. They operate up to 80oC for color consistency, making them a good choice for the livery and branding applications that the airlines are exploiting for their cabin lighting. With higher output fewer devices are needed, thereby keeping power requirements to a minimum.

A typical device in the range is the Luxeon LXML-PB02 blue (470 nm) LED producing an output of 48 to 70 lm and efficacy of 28 to 40 lm/W. The series includes a wide range of colors in the portfolio, giving lighting designers choice and flexibility to create innovative scenarios.

LED lighting is extensively used today in aircraft cabin lighting. The ability to combine a wide range of high-efficiency colors in a single, programmable module gives designers the flexibility to provide a more comfortable, less fatiguing environment, as well as reducing power and maintenance requirements and improving aesthetics.

By using RGB mixing, lighting systems can be developed to simulate natural daylight to help airline passengers, astronauts, and mission control staff to adjust their circadian rhythms as necessary.