Flooding in Thailand Will Lead to Shortages, Higher Prices for Hard Disk Drives

Monsoon rains and flooding which submerged about one third of Thailand killing more than 380 people has also shut down production of hard disk drives and drive components, as well as production of some semiconductors and passive components.

The flooding has inundated many electronics factories and will result in a 30 percent reduction of HDD production in the fourth quarter. That means buyers can expect drive shortages and higher prices, according to industry analysts.

Final assembly of drives and production of motors, heads, and media substrates used in drives were halted as floodwaters submerged production lines and factory floors. Facilities will likely remain flooded for weeks because more heavy rain is forecast.

Flooding of facilities also shut down production of some semiconductors and passive components including resistors and capacitors. Production floors at some electronics manufacturing services (EMS) providers were also under water.

The hard disk drive industry appears to be most affected by the flooding as floodwaters shut down production facilities of Western Digital and Toshiba, two major drive makers. Some facilities have three to four feet of water in them.

Fang Zhang, storage analyst for researcher IHS iSuppli, said Western Digital has about 60 percent of its total drive capacity in Thailand. The company has two flooded facilities in Thailand. Toshiba also has two manufacturing plants that are flooded. Seagate has production in Thailand, but its facility is not in the flood zone.

"Western Digital provides about 95 percent of their own heads, so you can imagine the impact the flooding has had on the company," said Zhang.

Zhang noted that hard drive production will be reduced by about 30 percent in the fourth quarter. That reduction will result in shortages in the first quarter of 2012, but will not have much impact on drive supply for the rest of the year.

"All the companies have inventory and PC manufacturers have their own inventory. Usually about two weeks of inventory," Zhang said. "This quarter there won’t be a major impact, although by the end of December there may be some problems."

While serious drive shortages may not occur until the first quarter, drive prices have already been impacted by reduced production. "Drive prices have increased," said Zhang. She noted that two weeks ago prices went up 10 percent and last week prices increased 20 percent.

"Some of the Western Digital hard drives have even doubled in price," added Zhang.

Disk drive manufacturers are not the only companies impacted by the flooding. Two semiconductor companies – ON Semiconductor and Microsemi – have facilities in Thailand that have been closed because of flooding.

Microsemi has two facilities that shut down. One is near Bangkok, while the other is in Ayutthaya, which is north of Bangkok. 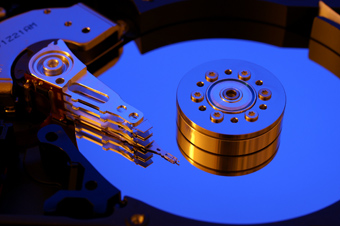 "The disaster in Thailand continues to negatively affect our operations in the region," said James Peterson, Microsemi's president and chief executive officer. "The Ayutthaya and Bangkok facilities together can account for as much as five percent of total quarterly revenues.

ON Semiconductor SANYO Semiconductor division’s wafer probe and assembly and test operations plant at the Rojana Industrial Park north of Bangkok was also shut down due to flooding.

ON Semiconductor also has operations located in Bang Pa, Thailand, which have not been impacted by the flooding to date. ON makes power and signal management, logic, and discrete semiconductors. ON is based in Phoenix.

Other component manufacturers have also been impacted by the flooding. For instance, ROHM Integrated Systems’ facility in Pathumthani, Thailand was closed. Resistors, tantalum capacitors, diodes and other components are manufactured at the facility.

ROHM’s facility at the Rojana Industrial Park also shut down because of flooding. That facility makes integrated circuits.

NEC Tokin Electronics facility in Pathumthani, Thailand is currently shut down because of flooding. The facility makes tantalum capacitors and electric double layer capacitors. It is not known when production at the plant will resume.

Some component manufacturers have received more inquiries and orders for parts because of the flooding.

"We are seeing some increase in demand from our customers in Asia because of the impact on an NEC and ROHM," said Dan Persico, vice president, strategic marketing and business development for Kemet, based in Simpsonville, S.C.. "We don't have any production in Thailand."

"They have a broad mix of products which a fair portion of them we are capable of backing up," added Persico.

Dave Valletta, executive vice president, worldwide sales for Vishay Intertechnology headquartered in Malvern, Pa., said his company has also seen an increase in orders for some chip resistors and capacitors. "There a lot of customers calling saying ‘I need parts.’ There seems little more immediate concern for customers than there was following the Japan earthquake," he said.

The EMS industry has been negatively impacted by the flooding. CalComp, a large supplier of printed circuit board assemblies to the drive industry, has several facilities in the flood zone that are shut down, according to Thomas Dinges, senior consultant global EMS & ODM research practice for IHS iSuppli.

EMS provider Benchmark, headquartered In Angleton, Texas, will lose about 20 percent of its production in the fourth quarter because of the flooding, Dinges noted.

"Its buildings are flooded and they've moved equipment to the upper floors," said Dinges.

Benchmark builds products for telecommunications equipment and industrial controls OEMs among others.

CTS Corp. has one facility, and they have water in their facility. They will be out of commission 10-12 weeks, according to Dinges.

Some suppliers and analysts in the electronics supply chain say that the flooding in Thailand could have more of a longer-term impact on parts of the supply chain than the earthquake in Japan in March.

The earthquake and tsunami in Japan in March were more tragic because there was a much greater loss of human life, said Dinges. However, the flooding in Thailand will likely continue for several more weeks and plants that have shut down will not reopen any time soon.

"With the water in the sites right now you can’t even assess the damage. They can’t even get into the sites to figure it out," Dinges noted.

Thailand flood shuts down many chip assembly and test operations