Suppliers have restored production capacity and eased resistor lead times back to 8-10 weeks.

The good news for buyers of resistors, resistor networks, and arrays is that prices will be mostly stable for much of the year. Unfortunately, that is also the bad news because resistor prices usually decline five percent or so per year, according to suppliers.

However, the slowdown in demand growth coupled with an increase in production capacity means that lead times for most resistors will be shorter than last year. In 2010, lead times stretched to 12-16 weeks for many manufacturers, although some reported lead times as long as six months. 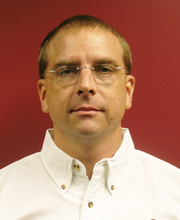 "With capacity back in place or a little bit, we don't anticipate any lead time issues," Valletta added.

Prices should stay stable unless…

There also shouldn't be any serious pricing issues, although the wildcard is raw materials cost. If prices for copper, palladium, and ceramics rise significantly, resistor manufacturers may try to pass the increases on to buyers in the form of higher resistor prices. In other cases, higher materials cost prevents suppliers from reducing prices.

"Last year, there were a few cases where we had to raise prices," said Schroeder. "We didn't have any choice because we couldn't get materials for anywhere near the same price for what we could in the past."

Barring any spikes in raw materials prices, resistor prices should be mostly stable this year, Schroeder noted. "Usually there is a five to seven percent decrease each year with resistors. And that's kind of the accepted way of business. But pricing is flat for the most part," Schroeder said.

With stable prices and inventories replenished for the most part, resistor manufacturers are expecting single-digit revenue growth in 2011.

"Last year's growth was 40-50 percent over 2009," said Cathal Sheehan, product line manager resistive products division for Bourns, based in Riverside, Calif. He noted that resistor demand now is back to 2008 levels. "Business is pretty stable compared to 2010," said Sheehan, and single-digit growth is likely.

Sheehan went on to add that the computing market and memory IC market will help drive business in 2011.

"DRAM boards use a lot of resistor chips," said Sheehan. He noted that the resistor business started to slow down last year because towards the second half of 2010, there wasn't DRAM wafer capacity available to keep up with demand. If there was, "we could've sold a lot more resistor chips." 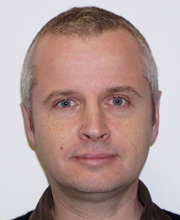 "These are very hot business opportunities that we have right now," Schroeder said. These opportunities are driving demand for a variety of resistors.

Smart meter manufacturers use fusible, failsafe, wire-wound resistors. LED lighting applications require "current sensing so they use low resistance value resistors." Schroeder noted that LED lighting does not have a "whole lot of extravagant requirements, but each time you put an LED into a light fixture, you need to have a circuit board along with it to drive it," and the board always contains resistors.

"In passive components, smaller is always better," said Valletta. "Customers want the same amount of performance in a smaller package because they want to squeeze in more functionality."

A smart phone may be equipped to handle web browsing, email, GPS texting, and other functionality, but OEMs don't want to increase the form factor of the phone, Valletta said.

Miniaturization with resistors is not a new trend, but manufacturers may be hitting the wall in terms of how small they can make resistors, according to Schroeder.

"In my opinion we are definitely reaching the limit," said Schroeder. "We are working on a 01005 chi resistor and there are issues that need to be addressed." One is the placement rate.

"It is my understanding that the folks that are using a lot of 01005 resistors have a successful chip placement rate of about 90 percent. That means you're losing ten percent of the parts just because you can't handle the small size. That's horrible," Schroeder said.

Schroeder said Stackpole is developing the same size part, but is trying to make it more "manufacturing friendly before it comes out."

Capacitor manufacturers are trying to develop parts in even smaller packages than the 01005, Schroeder added. "However, for a resistor it really doesn't make sense." 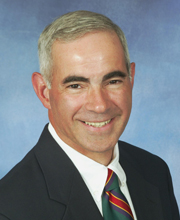 "Our business is about 50-50 right now," said Sheehan. "Several years ago it would have been predominantly resistor networks."

Sheehan said the shift is occurring because resistor networks are "legacy type of products." Increasingly, board designs are "calling for voltage protection and current sensing which need discrete resistors."

Valletta said that "discretes seem to win in design over networks and arrays.

"Arrays have an application. They are used when a design is "absolutely super tight on space" and the functionality in a small space is needed such as a high-end cell phone, Valletta added.

"But most of the time discrete components win out. It is something we talked about in the industry for years. There is a niche for them, but they haven't taken off as we thought they would years ago," said Valletta.

Valletta noted cost as the main reason. Discrete resistors are less expensive than arrays and networks, although placement costs are less.