Prices for some capacitors will decline, while others may increase depending on raw material costs.

Weaker demand and high inventory levels mean buyers can expect capacitor leadtimes to remain stable through at least the first quarter of next year.

Prices are also stable, but that could change. Despite weaker demand and high inventory levels, prices for capacitors could still increase if prices for raw materials rise, according to suppliers. However, prices for some capacitors such as multilayer ceramic capacitors (MLCCs) will likely decline because of oversupply.

Capacitor supply conditions are more favorable to buyers than they were in 2010. Lead times for many capacitors had increased 20 weeks or more last year and prices increased as well. Now lead times are back to normal – 6-10 weeks for most parts, according to capacitor makers. For the rest of the year and into early 2012, it is unlikely that lead times will stretch because suppliers added production capacity last year and current demand is weaker than in the first half.

There is an abundance of capacitor inventory in the supply chain, including at distributors.

“With the rebound last year, there was a significant amount of inventory put into the distribution channel,” said Dan Persico, vice president of strategic marketing and business development for Kemet, headquartered in Simpsonville, S.C. “Distributors have been trying to work off some of that inventory.” As a result, they are not buying as much from capacitor manufacturers.

“Across the industry in general, there has been a drop in demand. There is over inventory and now we have to manage that,” added Persico.

For instance, aluminum electrolytic capacitor demand had slowed as the “PC and handset markets have cooled off,” said Rick Pierson, senior semiconductor analyst at researcher IHS, who also follows the capacitor industry. However, he added that demand remains healthy from the automotive market.

“One reason why inventories for aluminum electrolytic capacitors for consumer applications are high is that a lot of capacitor production in Japan that was disrupted by the Japan earthquake in March is now back online,” said Pierson

A good first half

While capacitor demand dropped off in the second half, capacitor suppliers said business was robust in the first two quarters of 2011.

“Business In the first half of the year was really stronger than anyone expected," said Dave Valletta, executive president of worldwide sales for Vishay Intertechnology, headquartered in Malvern, Pa. He noted that 2010 was a boom year for many component makers. For most suppliers, business would normally be slow the first half.

“But business kept on going gangbusters. We had a great first half,” said Valletta. 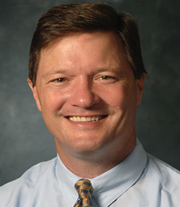 “We all expect to see some slowdown through this quarter and a flattening off in first quarter 2012. Hopefully things will start picking up again,” said Dan Persico, vice president of strategic marketing and business development for Kemet. One reason that business was strong was that some OEMs and electronics manufacturing services providers were still concerned about the component shortages of 2010 and were worried they might carry over into 2011. As a result, some companies increased inventory levels in the first half.

In March, the Japan earthquake hit and "that led to a buildup of inventory. This was true in capacitors and other components,” said Valletta.

Valletta added that capacitor business in the first half was strong across many segments, including automotive telecommunications and industrial controls.

Valletta noted that Vishay is a major supplier of tantalum and film capacitors, but is more of a niche supplier of ceramic and aluminum electrolytic capacitors.

“Demand for tantalum has eased. It tends to flow in conjunction with what's going on in the market," said Valletta. He said there is enough capacity to meet existing demand and as a result, "we don't expect any issues with tantalum like what we experienced last year, so there shouldn't be any shortages.”

In fact, lead times are running 6 to 10 weeks. Last year tantalum capacitor lead times were 20 weeks or more, according to Valletta. He expects lead times to remain normal for the rest of the year.

One reason lead times will not stretch is that there appears to be enough supply of tantalum ore and powder at least in the short term, according to Pierson. He went on to say that prices for raw have stabilized “but long term they will inch upward again minimizing any potential price take down of tantalum capacitors.”

Valletta noted that there has been softening in demand for multilayer ceramic capacitors. “Our big customers for MLCCs are automotive customers. After a very good first half, demand has started to cool,” said Valletta.

Other capacitor suppliers report slowing demand for MLCCs from PC and mobile handset manufacturers. As a result, inventories are rising and will be able to absorb any future uptick in demand.

Pierson said that lead times and prices for MLCCs will fall for most case sizes and capacitance values. 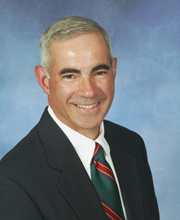 “Business In the first half of the year was really stronger than anyone expected," said Dave Valletta, executive president of worldwide sales for Vishay Intertechnology.Valletta said there has been a resurgence of demand for film capacitors because of the alternative energy industry. Demand for film capacitors has been decreasing for years, but there has been more demand for them because of alternative energy and electric vehicle technology.

“We had a heck of an increase in demand last year that led to an allocation situation which continued into the first quarter of this year,” said Valletta. “We have been adding capacity and demand has stabilized a little bit, so we are seeing a normal supply and demand level.”

Valletta added that film capacitors business had declined for years. Film capacitors had been used in motor applications in the telecom industry, but “those segments just started to fade away” in terms of use of film caps.

“A few years ago, the industry generally saw it as a business that was really in its final stages,” said Valletta.

Inverter applications in electric vehicles, solar inverters, and wind generators utilize film capacitors to deliver stability in high-voltage applications. “Film capacitors give you a high stability and a lot of capacitance voltage. Film provides an optimal C/V capability when you need capacitance and voltage and stability,” said Valletta.

He added that film caps will find their way into a lot of new higher power applications.

“We all expect to see some slowdown through this quarter and a flattening off in first quarter 2012,” said Persico of Kemet. “Hopefully, things will start picking up again.”

Persico noted that despite the slowdown in the fourth quarter, “there are certain segments that continue to be fairly solid. Industrial automation seems to be healthy and automotive continues to be strong.” Those segments will also be strong in 2012.