The engineering challenges associated with energy harvesting technologies in wearable device applications will be explored.


A wide range of wearable electronic products has emerged over the last few years, and one of the common themes is that of battery life. Many smart watches have to be charged every day, while more dedicated fitness devices have a longer operational time but less functions and less connectivity. As there are more demands for connectivity to the Internet and to other devices in the Internet of Things, there are more demands on power for both the wireless and the computational elements of the design. Similarly there are advances in screen technologies that reduce power, but the increasing need for a richer user interface is driving up the power requirements of such devices.

One of the ways to address this challenge is the increasing use of energy-harvesting technologies that gather energy from the environment. This can be used to supply a regular trickle of current to the battery so that the wearable device can go longer between charges and so boost the appeal of the end design.

However, there are four engineering challenges to using these technologies: the power generated; the management and storage of that power; the size of the harvesting elements; and the cost. Lots of research has been done over the years on new ways to harvest energy, but much of this has yet to reach the market as commercial devices.

Wearable devices have some key advantages, as their inherent proximity to the body provides access to several sources of power.

There are several ways of generating power from the environment for wearable devices, all with different engineering advantages and challenges. One of the most well established is solar energy which has been used for many years to power traditional watches. Solar cells such as Amorton from Panasonic BSG and devices from IXYS provide a ready source of power for daylight and now from indoor lighting. These can generate enough power to drive a wireless link for up to fifteen years using a low duty cycle, as demonstrated by the Silicon Labs development kit. 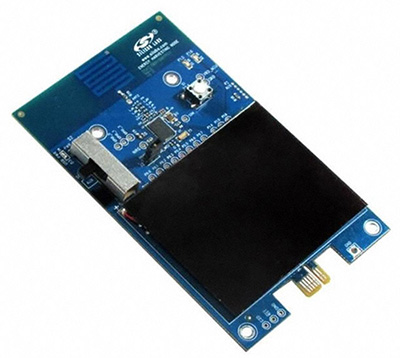 Figure 1: The Silicon Labs energy-harvesting evaluation board with a solar cell source.

This also has a very thin profile with a battery height of just 0.17 mm, which is another key consideration for a wearable design. Here a low-power controller is vital – the Si1012 wireless MCU can remain in a low-power state where it only consumes 50 nA. The leakage current of the energy-harvesting supply, when enabled, is approximately 3 µA and is cancelled out by as little as 50 lux shining into the solar cell. This allows the energy-harvesting supply to power the system for up to seven days in the dark or indefinitely if there is a periodic light source that replenishes the lost energy. The system works with both indoor lighting of 200 lx and outdoor lighting of 10,000 lx.

However, this is focused purely on the wireless connection rather than the overall system power demands. For a fitness device that is taking regular measurements and feeding them back to a central hub, this is an ideal approach with a long lifetime.

The central hub such as a smartwatch is demanding higher currents, and other technologies are being evaluated. One of these is thermal energy harvesting from body heat. As a watch is close to the skin, power can be generated from the temperature difference using the Peltier and Seebeck effects. Commercial thermoelectric devices are now able to generate 10 to 20 μW/cm² of power from a temperature difference of 5 degrees when in contact with the body. Two or three such devices can meet the power requirements of a health monitoring system.

A team of researchers at the KAIST research institute in South Korea has developed a thermoelectric generator that is extremely light and flexible by combining inorganic materials on an organic substrate. The fabric substrate is extremely flexible with a bend radius of up to 20 mm, which allows it to be used in a wearable design next to the skin, and there is no change in performance as the substrate is flexed. 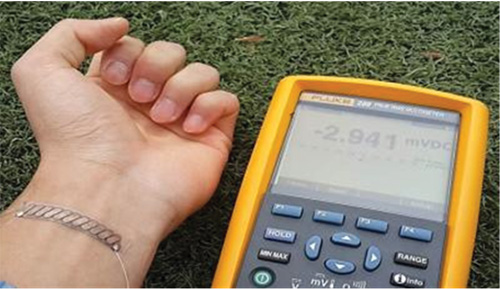 The generator uses special pastes of n-type (Bi2Te3) and p-type (Sb2Te3) thermoelectric materials that are printed onto a fabric. The pastes cover the fibers in the fabric and form films of TE materials in a range of thickness of several hundreds of microns. This creates hundreds of thermoelectric dots that generate the power and enabled the researchers to significantly reduce the weight of the generator to around 0.13 g/cm². A prototype generator measuring 10 cm x 10 cm in a wristband produces around 40 mW of power.

Wearable devices are also often in motion, offering new ways to generate power for re-charging a battery in different ways. The movement of the device itself can be harnessed to provide power using piezoelectric vibration sensors such as the MSP1006 from Measurement Specialties. When the sensor is tuned to the resonant frequency of the movement of the user – usually around 100 Hz – it can be tapped to deliver power. This idea is not new – it has been used for self-winding watches for decades – but using the flexing of the piezoelectric crystal can generate power. New ways of using movement for energy harvesting are also being investigated, including capturing the electric charge created by the movement of fibers in a material. 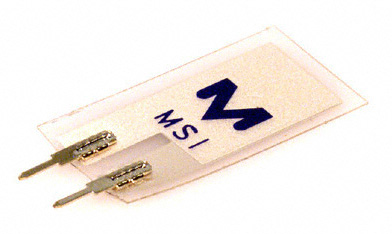 Still in the research labs is the potential to use the electric fields generated by radio transmissions to harvest power. As wireless networks become ubiquitous, there is the opportunity to harvest this power for portable and wearable devices. However, this is still in its early stages, and much of the opportunity for wireless power is in removing the need for a charging cable and allowing the wearable device to be recharged by simply placing it on a charging plate.

There are several challenges still to overcome even after power has been generated by a solar cell or vibration sensor. The currents generated can be very low and intermittent and need to be collected before they can be used. Similarly, the current from a battery has to be managed to supply the silicon in the wearable design. This requires a combination of storage elements – from supercapacitors to batteries – with a new generation of power management chips optimized for energy-harvesting applications which themselves can be used with such low currents.

New higher-density battery technologies are being developed for wearable systems that can use the trickle charging of energy-harvesting sources without wearing down the battery chemistry and still provide power in a small form-factor.

Linear Technologies has developed a versatile energy-harvesting demonstration board that allows the wearable system developer to assess all the different kinds of energy-harvesting sources and how the power management varies with each. The DC2048A can use piezoelectric, solar, thermal-powered energy sources or any high impedance AC or DC source in the early stages of a design.

The evaluation board contains four independent chips to handle the different sources and management. The LTC3588-1 Piezoelectric Energy Harvesting Power Supply integrates a low-loss full-wave bridge rectifier with a high-efficiency buck converter for a high output impedance energy source such as piezoelectric or solar. It includes an ultra-low quiescent current under-voltage lockout (UVLO) mode with a wide hysteresis window so that charge can accumulate on an input capacitor until the buck converter can efficiently transfer a portion of the stored charge to the power manager. Four output voltages, 1.8 V, 2.5 V, 3.3 V and 3.6 V, are pin selectable with up to 100 mA of continuous output current, but the output capacitor may be chosen to match a higher output current burst for higher performance designs such as a smartwatch. An input protective shunt set at 20 V enables greater energy storage for a given amount of input capacitance.

The LTC3108 on the other hand is an ultra-low voltage DC/DC step-up converter that can be used for thermoelectric generators. The step-up topology operates from input voltages as low as 20 mV and uses a 2.2 V LDO to power an external microprocessor, while the main output is programmed to one of four fixed voltages to power a wireless link. A storage capacitor provides power when the input voltage source is unavailable and the design ensures a fast charge time of the output reservoir capacitor to smooth out the supply. 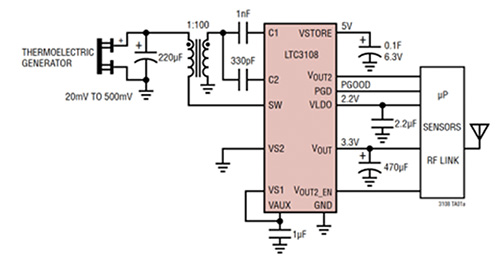 Other devices on the evaluation board include the LTC3105 step-up DC/DC converter with power point control and LDO regulator, the LTC3459 10 V micropower synchronous boost converter and the LTC2935-2/LTC2935-4 ultra-low power supervisor, which includes selectable thresholds for the power-fail output to allow the developer to closely monitor the supply. All of these allow various power management schemes to be assessed with the different energy-harvesting sources.

There are several interfaces and a transducer header to make it easy to connect transducers to the board, and there are jumpers that allow the board to be configured in various ways. The standard build for the board has three jumpers installed out of the possible ten.

These technologies are reasonably well established, but the challenge for wearable designs has been to reduce the form-factor while increasing the capacity without increasing the cost. New battery chemistries are allowing thinner batteries with higher capacity, which help extend the battery life in wearable designs that are severely restricted in size and weight. Peltier and Seebeck effect thermoelectric generators are reducing in size as new materials and manufacturing techniques are applied, while solar cell technology is also improving in efficiency and reducing in weight to allow more cells to be used in a design and so provide more power.

The silicon devices at the heart of the design are also reducing in size and power. The microprocessors, wireless nodes and power management chips are all reducing in die area as the power consumption and voltage falls, allowing the designer to fit more into a wearable design.

There are many sources available for developers of wearable equipment to harvest energy from the environment, and the demands of battery life and high performance are driving researchers to explore new approaches. Using solar, thermal or vibrational energy can provide new ways to extend the battery life of a wearable design, from a simple fitness sensor to a full-featured smartwatch that acts as a hub for many other devices. However, this is only half the story. Developments in battery technology and power management are matched to these sources to provide a power source that can be optimized throughout the whole design. This is set to deliver days, weeks or months between battery charges without compromising on the features of the wearable technology.