Rare earth elements such as dysprosium, neodymium, samarium, and terbium are critical ingredients of the magnets used in high-efficiency permanent magnet electric motors (PMMs). The efficiency, excellent torque characteristics, and compact form factors that these motors offer has made them increasingly popular in applications such as air conditioning compressors, blowers, fans, pumps, and electric vehicles (EVs). However, after several supply disruptions, and the potential for more severe ones in the future, many electrical equipment and EV makers are scrambling to find alternative motor technologies that do not rely on materials whose availability is limited, either by actual scarcity or political issues in the countries where they are mined.¹ This represents both a challenge and an opportunity for the electronics industry, which will supply the drive and control components that will power these new motors (Figures 1 and 2). 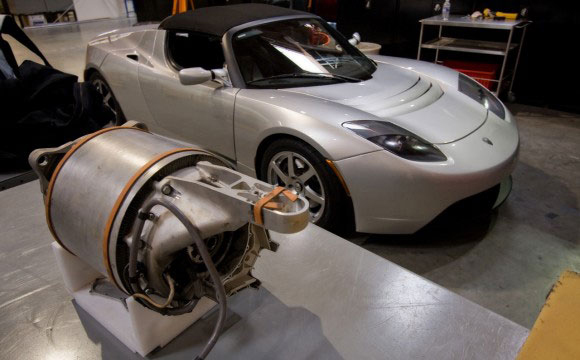 Figure 1: The Tesla Roadster was an early adopter of the new generation of advanced AC induction motors that offer an alternative to permanent magnet motors which use rare earth materials in their construction. A bit smaller than a quarter keg of beer, the 115-lb, 300-hp motor can propel the Roadster from 0 to 60 mph in an eyeball-flattening 3.9 seconds. 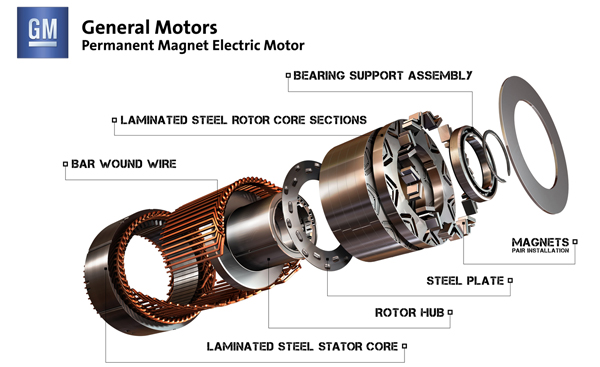 Figure 2: General Motors will use an 85-kW (115-hp) advanced permanent magnet motor to power the electric version of their Spark minicar, scheduled to enter pilot production in the U.S. during 2014. If shortages of rare earths continue, GM may need to seek new magnetic materials for its powerful magnets (or alternative motor technologies) as production rates grow. (Courtesy of General Motors.)

Switched Reluctance Motors (SRMs) – The switched reluctance motor (Figure 3) uses a stator similar to a brushless DC motor, but its rotor consists of iron laminates. Their simple construction, low cost, and ability to survive abuse has made them popular in many industrial and other non-vehicular applications. Although they are not quite as efficient as equivalent PMMs at low speeds, they enjoy an edge at higher speeds (20 to 50,000 rpm) because they do not need the “flux-weakening” current injection that PMMs need to counter the rotor’s back-EMF that increases as a function of its rotational speed. 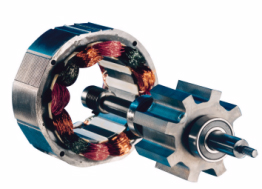 Figure 3: This exploded view of a switched reluctance motor’s rotor and stator illustrates its simple construction.

In addition to being immune to de-magnetization from over-current or other shocks, SRMs fail gracefully, and can limp along after losing one or more phases of their windings or drive electronics. But SRMs are still struggling to overcome the high levels of torque ripple they tend to produce as the motor’s frame is flexed by the huge electromagnets in the stator. SRMs also produce an unpleasant-sounding “growl” under certain operating conditions, another issue that has kept them from being more widely adopted and standardized.

Asynchronous Induction Motors (ACIMs) - Originally developed by Nicola Tesla, induction motors’ simple construction (Figure 4), rugged and well-characterized topology has made them the workhorse of choice for many large industrial applications and HVAC systems where the efficiency of larger motors can approach PMMs.

Although ACIMs tend to be larger and deliver lower performance than an equivalent PMM, they are used in some EVs because they are rugged, inexpensive and, like SRMs, have no magnets that can demagnetize if they overheat. Recent improvements in motor architecture and drive system electronics has narrowed the performance gap and, in some cases, eliminated it. IDTechEx reports that since 2011 up to 50 percent of new car-sized vehicle designs use ACIMs, including Tesla Motors whose Ferrari-performance-level Roadster uses a 115-lb, 300-hp AC induction motor which delivers up to 295 lbs.-ft. of torque.

Synchronous Motors With Reformulated Magnets - Until recently, the only alternatives to rare-earth magnets were ferrite and alnico materials, which have much lower flux densities, but there are several initiatives to develop other formulations with much higher flux densities. The U.S. DOE has recently funded several initiatives to investigate the development of other non-rare-earth magnets for use in wind generators (one of the largest markets per volume of rare earth magnets).

Japan’s New Energy and Industrial Technology Development Organization (NEDO) also has a similar program for developing alternate motor materials and technologies which has supported industrial efforts like the corporate-wide initiative Hitachi Industries launched in 2008 to eliminate rare earths in its PM motors. Some of the first fruits of Hitachi’s program have come to market in the form of an 11-kW PMSM traction motor that employs technologies such as structural optimization and loss minimization to achieve efficiencies of over 90 percent using an iron-based amorphous metal core. However, it will be several years (or more) before designers enjoy widespread availability of high-performance rare-earth-free PMM/PMSMs.

Each of the alternative motors has several technical challenges that must be overcome to improve the cost and performance of EVs, industrial and commercial equipment as well as wind turbines and other power generation systems. Most of these issues can be overcome with some combination of advanced motor architecture and improvements in the electronics that drive them. Motor manufacturers are already working with IC makers such as Freescale, Infineon , STMicroelectronics, and Texas Instruments to develop solutions that meet the challenges posed by these new motor technologies.

With the exception of the SRM, the basic architecture of electric motor drive electronics is practically identical with the six transistor inverter (bridge) used as a virtual standard – although the control technique used to drive the bridge varies with each motor. For lower-power drives (< 2 hp), power FETs are often used. For higher applications up to several thousand horsepower, IGBTs or IGBT modules are used. Thyristors are still commonly used in applications requiring even more horsepower.

High-efficiency switched reluctance motors (SRMs) require innovative mechanical design to maintain a protective air gap between the rotor and stator that’s as thin as possible without allowing them to touch, as the motor’s frame dimensions vary due to the high torques. Electronics will play an important role in reducing the torque ripple in SRMs that is produced when the square waveforms that simple motor controllers use to energize the motor’s huge stator coils produce sharp mechanical stresses that cause its frame to flex. Developers are now using the powerful DSPs and 32-bit microcontrollers found in many advanced digital motor controllers such as Texas Instrument’s Stellaris MCU and TMS570 Hercules auto-grade safety MCU to shape the drive waveforms to help smooth out the non-linear mechanical response of the frame. These microcontrollers may also play a part in taming the SRM’s unpleasant “growl” by running algorithms that add harmonics to the drive waveform to make the motor’s acoustic emissions softer and less unpleasant to the human ear. Motor control development kits for both the Stellaris and the Hercules MCUs are available from TI (Figure 5). 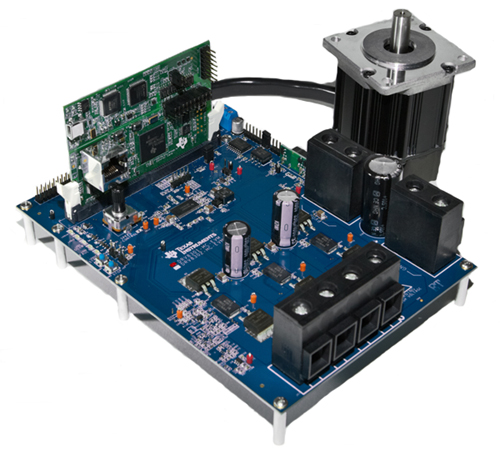 Figure 5: This development kit based on Texas Instruments’ TMS570 Hercules auto-grade safety MCU enables the development of motor control systems that support advanced algorithms. This improves the efficiency and performance of electrical equipment and EVs. (Courtesy of Texas Instruments.)

Perhaps the biggest challenge for Induction motors (ACIMs) is to achieve power density and efficiency that is comparable to a PMM. One of the more promising motor architectures employs a rotor design that improves efficiency by using copper bars as its rotor conductors. Other improvements can significantly improve ACIM efficiency by lowering the rotor flux when idling, but may also result in unacceptable delays in torque response (up to a half a second) that could compromise a vehicle’s ability to accelerate quickly.

Another technique already used to improve efficiency in traction applications is to drive the inverter with a variable DC bus voltage. This permits bus voltages to exceed the battery voltage, enabling higher speed operation before field weakening must be used. This technique also allows the bus voltage to be reduced as the motor slows down to mitigate transistor switching losses. All these approaches can be implemented as part of a field-oriented control (FOC) system that enables more precise placement of the drive waveform than earlier low cost ACIM drives which utilize open-loop scalar control or slip control. FOC is being rapidly adopted as high levels of integration in today’s MCUs help reduce the cost differential between these topologies to nearly zero.