This article explains why functionally diverse MCUs are key to the designs of devices using IoT. Components from Freescale and Nordic are also discussed.


Consumer desire for mobile electronic products carries a tacit expectation for longer battery life regardless of any feature enhancements. Energy-harvesting techniques can help engineers dramatically extend the life of primary batteries. For designers, the task of building battery-extender circuits has become significantly easier with the availability of specialized ICs from Analog Devices, Cymbet, Linear Technology, and Texas Instruments, among others.

For other applications, however, more complex application requirements can tip the power generation/consumption ratio away from zero-power solutions and instead dictate a need for one or more primary batteries. Even in these cases, designers can nevertheless find themselves facing a growing gap between power requirements and total-battery capacity. When the gap grows too large, consumers become dissatisfied with the product, perceiving it as too frequently requiring battery replacement or recharging.

While designers can employ diverse power-saving techniques, the fundamental method for extending battery life lies in reducing its average-output current. Higher-current loads mean shorter battery life, even dropping from several years to only several months as current loads rise from 1 μA to 10 μA in typical non-rechargeable primary batteries, such as the Panasonic BR1225, BR1632, BR2330, and BR3032 lithium coin-cell batteries (Figure 1). By providing an alternate power source, energy-harvesting techniques can enable designers to reduce average-current output from the primary battery, and thus extend its life. 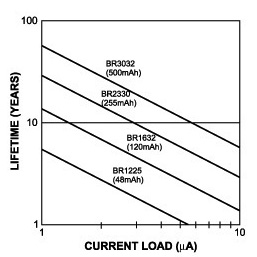 Figure 1: A small change in average-current load can result in a large change in the lifetime of non-rechargeable primary-coin batteries (Courtesy of Maxim Integrated).

Underlying most energy-harvesting designs, sophisticated power-management ICs manage energy output from ambient-energy transducers, handle charging of energy-storage devices such as thin-film batteries or supercapacitors and deliver required supply voltages to the load. In some cases, designers can build simple battery-extender circuits using a combination of power-management devices and analog switches.

In a simple battery-extender circuit (Figure 2), an Analog Devices ADG719 analog switch would be used to switch supply to the load between a primary battery and a storage device such as the Cymbet CBC3150. At the heart of this circuit, a power-supervisor IC (such as the Analog Devices ADM6316) is used to detect a good voltage output from the CBC3150 storage device. In that situation, the power-supervisor IC would both activate the ADG719 analog switch and enable a low drop-out (LDO) regulator, such as the Texas Instruments TPS780330220DDCR, to deliver a regulated-output voltage to the load.

Figure 2: An analog switch and power-management IC provide the basis for a simple-battery extender by switching the output load to a storage device whenever possible (Courtesy of Cymbet).

Some energy-harvesting devices are designed specifically to support battery-life extension. For example, the Linear Technology LTC3107 is designed to fit seamlessly into existing applications that run from a primary battery (Figure 3). The LTC3107 uses energy harvested from a thermoelectric generator (TEG) to reduce the load on the primary battery, and thus extend its life.

Using its internal-boost converter, the LTC3107 can harvest energy from TEGs providing voltage levels as low as 20 mV. Along with a 2.2 V LDO output for powering an external MCU, the device provides a main-output voltage that automatically adapts to match the voltage of the primary battery. Whenever harvested energy is available, the LTC3107 seamlessly transitions from battery power to harvested power, extending the life of the battery. The device can also be used to trickle charge a standard capacitor or supercapacitor to store excess harvested energy, further extending battery life.

Linear Technology's LTC3330 provides even more sophisticated features for extending primary battery life. The device includes an on-chip buck-boost DC/DC converter for powering the load from an external primary-battery cell. In addition, the device includes a complete energy-harvesting supply—comprising an integrated full-wave bridge rectifier and a high-voltage buck converter to power the load from diverse forms of ambient energy, including piezoelectric, solar or magnetic sources. 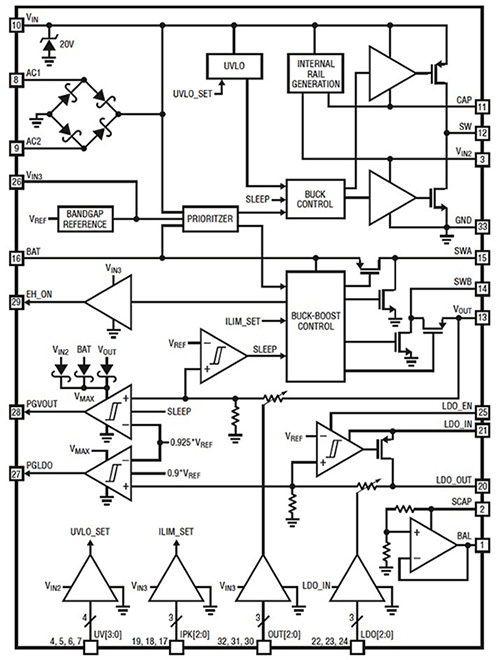 Figure 4: The Linear Technology LTC3330 uses an on-chip prioritizer circuit to switch output from a primary battery to an energy-harvesting source when sufficient harvested power is available (Courtesy of Linear Technology).