Energy harvesting options, including solar, thermal and vibrational sources, for telecom base stations in remote areas.


Energy harvesting can be used to provide power in many elements of a telecom network, saving considerable costs in electricity supply and providing low maintenance monitoring. Powering mobile phone base stations with wind or solar power allows telecom networks to expand beyond the limits of the power grid. While harvesting, the internal thermal energy can power sensors around the system. Energy harvesting is also being used to charge the phone handsets, using solar power and even kinetic energy from a bicycle.

The GSMA trade body for the mobile phone industry estimates that 600 million mobile subscribers live in off-grid areas today, mostly in two regions, South Asia and sub-Saharan Africa, where the rural percentage of population remains high. The lack of access to electricity represents a major hurdle for subscribers living off the grid when it comes to contacting their relatives, calling the doctor when someone is sick and many other services such as mobile banking, weather and price information for farmers. These services are seen as vital to reducing poverty and narrowing the ‘digital divide’, which is most acute in rural areas, and using energy harvesting is seen as a key way to provide digital information infrastructure with minimum capital and operations costs.

To create momentum and foster innovation around solar phones and off-grid handset chargers, the GSMA is currently working on a project with operators to address these off-grid charging issues. Amongst other objectives, this project aims to build a knowledge-sharing platform accessible to all operators and provide them with advisory services on how to tackle off-grid charging issues.

Kinetic charging is widely used in developing countries as a cheap and easy solution for charging mobile phones. In East Africa, where the number of bicycles is high, it is easy to set up a dynamo system to charge a small battery. On average, 10 minutes of cycling at roughly 10 km/h would provide enough power to produce around 28 minutes of talk time for a low-end phone. The bikes are usually connected to a larger battery (car battery or smaller), so that power can subsequently be distributed to several phones at the same time.

Powering the base station

The base station is one of the first places that attracted attention for energy harvesting. Around the world, solar and wind power are increasingly being used to power base stations and their backhaul links, eliminating the need for power and telecom cabling that is often dug up for the copper.

Equipment makers have been focused on reducing the power consumed by base stations over the last few years, mainly to reduce the cost of the electricity used, as this represents 85 percent of the cost of running a network. Any savings here can save operators millions of dollars every year. However, this also brings down the overall power requirement and means existing energy harvesting solutions become more viable. Solar power enjoys a strategic advantage over wind turbine technology in its ability to be deployed with a less onerous and technical pre-feasibility analysis requirement compared to wind.

Existing solar maps provided by sources such as NASA are precise enough to predict solar resources to ensure sites are economically viable and countries such as India receive good solar radiation (4-7 kWh/m2) to make the technology cost effective. As the efficiency of solar cells increases, the economics of using energy harvesting to power telecom infrastructure becomes even more positive.

Figure 1: A solar powered base station in Indonesia (Source: ESA).

Telecom operator Digicel used a combination of energy harvesting and a diesel generator to roll out a mobile phone network that had to cover 85 percent of the population across the 82 islands of Vanuatu in the South Pacific.

The network includes 24 remote sites that use energy harvesting to power the base stations through a combination of photovoltaic (PV) arrays, wind turbines, batteries and specialist power controllers, coupled with a remote monitoring software package. Each site is different, so there were different power requirements, ranging from 576 W to nearly 1400 W.

A typical base station sees a load of 1400 W and uses 3 KW from a wind turbine with 7.35 kW from solar panels, generated from 42 arrays each generating 175 W. This is backed up by 4000 Ah of rechargeable batteries and an 11 kVA generator, all controlled by a purpose designed telecom-grade controller. This uses an integrated wind turbine power controller offering higher efficiency, 1+1 power and control system redundancy for high availability, and optimized battery-conditioning algorithms. In addition, it offers two independently controlled power supplies, allowing autonomy between the RF and transmission systems on site. By way of example, this might allow a backbone site to have one week’s battery autonomy on the transmission subsystem, but only twenty-four hours battery autonomy for the RF system (as the RF system has substantially less revenue at risk).

The opportunity to use renewable energy to power base stations is increasing thanks to several factors. The key reason for the rapid expansion in markets such as India is the move into lower margin rural markets as a way to increase subscribers, as average revenue per user has dwindled over the past few years in more mature markets. At the same time, solar feed-in tariffs created by the Indian government are raising awareness of renewable energy solutions for electricity demands, raising awareness of energy harvesting through solar cells.

Another important difference in the Indian market compared with other off-grid mobile telecom markets is the mutualization of power sources at the tower site. This allows the infrastructure to be shared by multiple operators, so tower companies can install solar sites with loads in the 5-6 kW range and still make the systems economical for customers.

Over 60 percent of the power required for telecom towers in India is currently provided by diesel generators. Consuming more than 2 billion liters of diesel per year, India’s Ministry of New and Renewable Energy has asked telecom companies to consider cleaner, more efficient alternatives and ways to cut their dependency on conventional fuels, and this is also driving the move to solar energy harvesting.

American Tower Corporation ran pilot tests in Pune, Maharashtra, and found it could reduce its monthly costs of diesel generators by half. For companies like Viom Networks, which runs more than 38,000 towers, this translates to a substantial saving in operating costs.

Solar powered base stations across Africa are increasingly being used and coupled with satellite technology to provide telecom services. The technology makes intelligent use of satellite bandwidth and has shown that a tough business case can work even with low revenue per user. The base station, integrated into a single board, includes local switching of calls and intelligent handover to other nodes in the public mobile network. 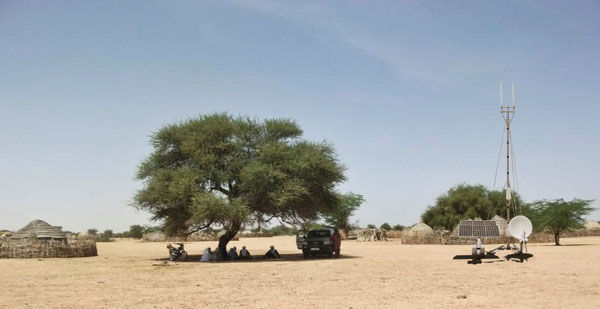 Figure 2: A solar powered base station in Niger (source: ESA). 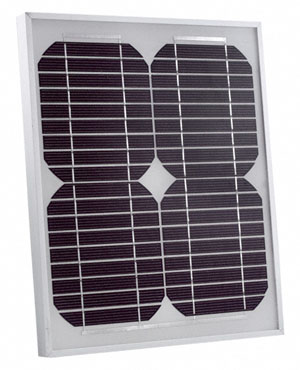 Figure 3: The panels from the Parallax Solar Panel Kit.

Where power from the grid is not available, a range of energy harvesting technologies can be used to provide power for monitoring the equipment. Being able to monitor both temperature and humidity centrally can highlight problems before they occur and allow maintenance teams to travel to the base stations, often in remote regions, before they fail.

To convert power from the thermal energy generated in a base station, EnOcean’s EDK312 development kit contains a low power RF transmitter module coupled with a Peltier-effect sensor to capture the heat energy. This can be particularly effective in areas where solar power is also used, as the temperature difference between shaded and unshaded areas can be significant.

The STM 312 RF module operates at 868 MHz and supports a wide range of wireless and thermo-powered sensors for temperature and humidity, both of which are important in off-grid installations. The ECT310 provides a 20 mV voltage from a 2 Kelvin temperature difference using the low-cost standard Peltier element. A temperature difference between the two plates of a Peltier element generates electrical power and an ultra low-voltage DC/DC converter is required to boost the small output voltages to a voltage > 3 V as required for standard electronic circuits.

The efficiency of the energy generation depends on the thermal transfer resistance between the hot and cold sides of the Peltier element, so it is necessary to ensure good thermal insulation of the two ceramic wafers, for instance by using suitable plastic or styrofoam. 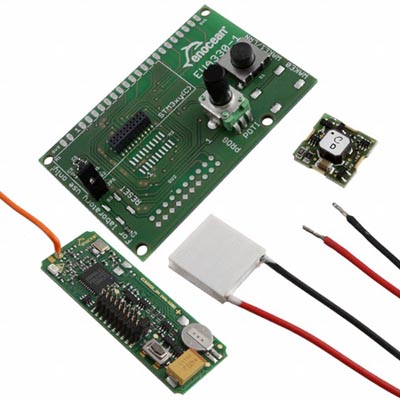 Harvesting vibrational energy is ideal for providing the power to monitor wind-based systems in off-grid telecom applications. Although the rotational speeds can be variable, the design specifications of the turbines provide a range of frequencies that can be matched to provide power to sensors and wireless links.

The Midé Volture V21 vibration energy harvester transducer generates power from frequencies between 45 Hz and 155 Hz to suit the vibrations that occur through the system from using a wind turbine. Through a proprietary manufacturing process, the Volture packages piezoelectric materials in a protective skin with pre-attached electrical leads, producing a robust component with no soldered wires. The protective skin also provides electrical insulation and defense against humidity and harsh contaminants that can be found in base station environments. 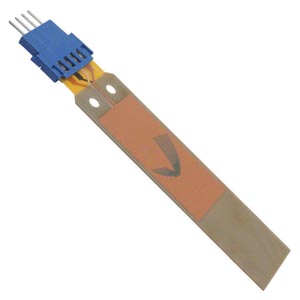 
The harvester can be tuned to the resonant frequency of a particular piece of equipment by adding small weights to the cantilever sensor, and this provides the optimum power output. It is often difficult to make use of low-voltage energy scavenging sources, such as piezo energy harvesters at low vibration amplitudes, as most RF chips need minimum voltages of 1.8 V or greater to operate.

Using these sources requires a voltage boost converter with a minimum start-up voltage, low start-up current requirement, and graceful handling of under voltage and slow input voltage rise times, which can be provided by a charge pump chip that provides bursts of power starting at approximately 2.4 VDC from input voltages as low as approximately 380 mV. This provides boosting using small on-chip switched capacitors, rather than inductive boost conversion. This means the initial input current requirements are reduced compared to a typical boost converter, requiring only a small power-supply bypass capacitance to reliably start up. This is ideal for directly powering small sensors that can perform their function such as recording and transmitting a measurement in a known amount of time and power for monitoring base station equipment.

Bridging the digital divide and bringing mobile communications to millions of people around the world is a key objective of many governments. Using energy harvesting techniques such as solar and wind power allows base stations to be installed in remote regions that do not have access to the power grid. Providing a wider range of services alongside voice, many more people are looking to use mobile phone technology in more regions of the world. Energy harvesting is also being used to charge the handsets, from simple solar chargers to rugged kinetic energy dynamos shared by different people and powered by a bicycle.

As equipment makers have dramatically reduced the power consumption of base station electronics, so these energy harvesting techniques become viable. Harvesting energy using other technologies such as thermal and vibrations inside the base station can provide a low cost technique to provide early warning of problems and give maintenance teams the time they need to get to the installations before they fail, providing much higher levels of service.

Energy harvesting can be used in a wide range of ways to power the expanding telecom infrastructure around the world and bring new opportunities to millions of people.