Scrutinizing the use of conflict minerals and human trafficking in the electronics supply chain as they evaluate corporate social responsibility issues. 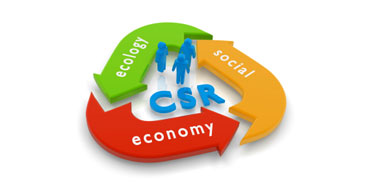 Excessive overtime, employees’ working and living conditions, and use of underage workers are often the focus of corporate social responsibility (CSR) audits conducted by electronics companies. However, there is also growing scrutiny of other CSR issues in the electronics supply chain, including conflict minerals, environmental regulations and recruitment efforts involving human trafficking from one country to another.

Conflict minerals is getting more attention as a CSR issue after it was added to the Electronic Industry Citizen Coalition’s (EICC) code of conduct last year. Many major electronics OEMs, electronics manufacturing services (EMS) providers and semiconductor manufacturers are members of the EICC and use the EICC code in an effort to do business in a socially responsible manner.

Concerning conflict minerals, the code says that EICC members must have a policy to assure that if minerals, including tantalum, tungsten, tin and gold, are used in their products, purchase of those minerals did not finance or benefit armed groups in Democratic Republic of Congo (DRC). Rebels in the country have illegally mined minerals and used the proceeds to finance their war efforts.

The code also established standards to ensure that working conditions for employees are safe, that workers are treated with respect and that business operations are environmentally responsible and conducted ethically.

The code of conduct prohibits electronics companies from making employees work more than 60 hours per week including overtime and requires all employees take at least one day off a week. It also forbids the use of workers under age 15.

What’s good for the goose… 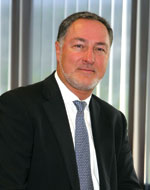 “We require all our key suppliers to commit to the code, and more than 80% of them have completed risk-assessment” developed by the EICC,” says Alain Denielle, corporate sustainable development group vice president, STMicroelectronics.Many major electronics companies that have embraced the code want their suppliers to use it as well.

“We require all our key suppliers to commit to the code, and more than 80% of them have completed risk-assessment” developed by the EICC,” says Alain Denielle, corporate sustainable development group vice president, STMicroelectronics, headquartered in Geneva, Switzerland. “We challenge our suppliers regularly on the weaknesses that we identify and ask our major suppliers to be audited against the code of conduct.”

With audits, a company or a third-party auditor hired by the company will visit a supplier’s production site, evaluate the supplier’s operations and business processes and interview workers. If there are code of conduct violations, suppliers are required to correct them or risk losing business.

Audits show that one of the biggest CSR challenges electronics companies face is excessive overtime, according to Gary Niekerk, director, corporate citizenship at Intel Corp., which audits its suppliers concerning code of conduct.

“There have been cases where 75% of employees at a company work more than 60 hours per week,” he says.

“It’s is a pervasive problem, but we are not talking about forced overtime. People want the hours,” he says. Employees want to work long hours to “save up the money and go back to their village” and provide for their families, he says.

Niekerk added that employers are happy to “give them the extra hours because they don't have to hire new workers and train them.”

He notes that an argument could be made that if workers were paid more money, they “would not need to work the extra hours. That might be the case, but my guess is if you pay people more, they would continue to want to work more hours because it means even more money.

He said Intel works with its suppliers to help them solve the overtime problem.

“You have to look at what you are demanding of the supplier,” he explains. “Maybe we have not given them enough lead time to build a product resulting in excessive overtime.” 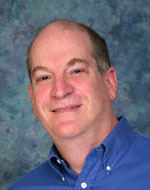 “There have been cases where 75% of employees at a company work more than 60 hours per week,” says Gary Niekerk, director, corporate citizenship at Intel Corp.For instance, a cell phone company may be about to launch a new phone and tell its EMS provider it needs to build 500,000 new units in the next month. The supplier may not have enough time to build the new phones without having employees work longer hours.

Niekerk says sometimes suppliers need help to comply with the overtime requirement of the code of conduct.

“You can help the supplier build the capacity, capability and the skills to better manage workflow fluctuations,” says Niekerk. For instance, workers can often be “cross-trained” to work on more than one product. If the supplier gets a big order, the supplier can “pull people from another production line and work on the order.”

Excess overtime is often an issue for small startup suppliers, according to David Reid, ethics director for Texas Instruments, based in Dallas.

Small suppliers may get large orders from several companies and then "discover they don't have enough employees, so their employees have to work a lot of overtime to get the shipments out," says Reid.

"In fact, they may see this as a good problem because it means they have a lot of business," he says. “They may not have comprehended that they needed to have a certain number of direct employees working on the products, and perhaps add a second or third shift for production.”

However, excessive overtime is not just an issue for small electronics companies. Large ones are affected as well.

“We have reinforced our monitoring and control on the working hours issue by raising awareness to top management and developing tools to ease sites’ overtime control,” says Denielle, adding that most of ST’s sites closely monitor their compliance to the maximum 60 hours of work per week required by the EICC code. 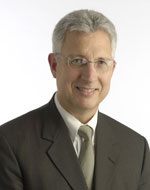 “I think we are finding fewer repeat CSR problems. I think the whole push in the area has improved performance,” says David Reid, ethics director for Texas Instruments.“Some of our sites, in ST Muar in Malaysia and in ST Calamba in the Philippines for example, where action plans have been deployed, are now demonstrating a level of compliance close to 100%,” he says.

Recruiting at its worst

Another CSR issue that is garnering attention in the electronics industry is human trafficking.

“This is something that you would not have thought of as an issue three or four years ago,” says Niekerk.

Malaysia has a shortage of workers, for instance.

“So there is an influx of immigrants that they're pulling from Bangladesh and other countries,” says Niekerk. “Often these workers are taken advantage of. Recruiters charge excessive fees and take workers’ passports, denying them free movement.”

Environmental issues are also coming under more scrutiny. One reason is that improving compliance to environmental regulations is part of China's five-year plan, and a lot of electronics manufacturing occurs in China.

Environmental issues include the storage and handling of chemicals at a production site and treatment of wastewater that is discharged from a manufacturing site.

Niekerk says such issues require suppliers to have “pretty sophisticated training to identify those things. Understanding the treatment of different chemical contaminants in the waste stream takes a higher level of sophistication and a unique skill set,” he says.

Though more major electronics companies are taking CSR seriously, no company has a perfect record when it comes to code of conduct compliance—but there is improvement.

“I think we are finding fewer repeat problems,” says Reid. “I think the whole push in the area has improved performance, but it is a long journey.”