Corporate social responsibility audits can identify a supply chain problem before it tarnishes the reputation of an electronics OEM. 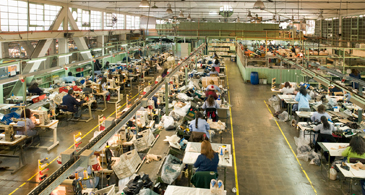 The number of corporate social responsibility (CSR) audits of suppliers in the electronics supply chain is rising, and OEMs say such assessments are useful in identifying shortcomings of suppliers concerning working conditions, overtime, and worker health and safety issues, among others.

However, audits alone are not enough to change behavior of suppliers that may not be adhering to an OEM customer’s code of conduct concerning treatment of workers, workplace safety, or environmental responsibility.

Electronics OEMs say that most suppliers take CSR audits seriously, and progress has been made improving working conditions, limiting excessive work hours, and reducing the use of underage workers at factories in China and other low-cost countries.

“Companies in the extended electronics supply chain have become aware about the need to be socially responsible,” said John Gabriel, manager, supply chain social responsibility at IBM and chairman of the Electronics Industry Citizenship Coalition (EICC). “In present times, it’s uncommon to come across a supplier that has never heard of the topic before.”

The EICC is a coalition of about 70 electronics companies working to improve and promote social, ethical, and environmental responsibility in the global supply chain. The group has developed a code of conduct that sets requirements concerning working conditions and treatment of workers, health and safety, environmental and ethics issues.

The EICC has also developed a self- assessment CSR questionnaire, an auditing process for suppliers, as well as CSR training programs and tools.

Many electronics OEMs have increased the number audits of suppliers over the last five years. In its recent annual report, the EICC said member companies conducted 157 audits in 13 countries in 2011, up from 97 audits in 8 countries.

Many OEMS say they are increasing CSR audits because they are genuinely concerned about the well-being of employees building their products. However, the companies are also concerned about their corporate reputation and brand image, not wanting to have either tarnished by reports of unsafe working conditions, forced overtime, or use of child labor by a supplier.

Reid said TI wants to makes sure it is a good, ethical company. He added that “part of that involves our own operations,” but TI also makes sure its suppliers act in a responsible way.

Most OEMs and suppliers see the value of audits, and many companies plan to increase the number of audits that they do, especially of first-tier suppliers.

“It is definitely our intention to progressively increase the number of audits of our suppliers,” said Alain Demielle, corporate sustainable development group vice president for STMicroelectronics.

“Our experience is that audits are a very powerful way of realizing exactly where the real issues and needs for improvement lie,” said Denielle. Audits also help management teams at production sites understand both the importance of these issues and what they need to do to improve. 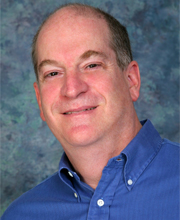 “Audits are a good way of gathering performance data, but the audits themselves don’t necessarily drive improvements, said Gary Niekerk, director corporate responsibility at Intel.Audits have been instrumental in raising the social consciousnesses of suppliers, but they do not guarantee improvement of suppliers’ CSR behavior, according to supply chain executives.

Gary Niekerk, director of corporate responsibility at Intel, said while suppliers take audits seriously, “audit results are mixed. Some organizations improve, but others don’t. Audits are a good way of gathering performance data, but the audits themselves don’t necessarily drive improvements. Audits are an important tool, but we don’t see them as the endgame,” said Niekerk.

Niekerk added that suppliers need to integrate CSR-related practices into their management systems.

One way many companies are doing this is by including CSR in supplier scorecards. Suppliers are often rated quarterly on cost, quality, delivery, performance and other criteria. Now many OEMs are factoring in CSR to overall supplier performance.

One such company is Alcatel Lucent. DeAnn Hargis, managing director, global sustainability and quality –procurement at Alcatel-Lucent said including CSR in scorecard performance has helped drive home the notion of CSR continuous improvement by suppliers.

“Once we fully communicated our commitment to CSR to suppliers, and that suppliers’ assessment scores (concerning CSR) were showing up in scorecards, they got the message and it has increased in importance, in their view,” she said.

Christine Diamente, head corporate responsibility and sustainability for Alcatel-Lucent, said her company has integrated CSR into its business practices and expects suppliers to do the same. 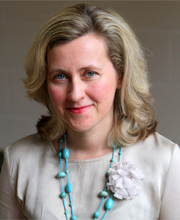 “Over the last two years, we have raised the bar because we realize that social responsibility is critical to our customers,” said Christine Diamente, head corporate responsibility and sustainability for Alcatel-Lucent.Diamente said Alcatel-Lucent collaborates with suppliers to make sure that their performance is continuously improved. Alcatel-Lucent has set targets and priorities and monitors supplier CSR performance.

The company includes adherence to the ECIA code of conduct in its basic contracts and purchase order terms and conditions with suppliers.

“Over the last two years, we have raised the bar because we realize that social responsibility is critical to our customers,” noted Diamente. “It makes good business sense.”

Because OEMs audit suppliers and work with them on CSR issues, some executives say that CSR performance in the electronics has improved over the last five years. However, there are still issues. One is the number of hours that employees should work in factories.

The EICC code of conduct stipulates that employees should not work more than 60 hours per week and must have one day off in seven days of work. The 60-hour work week is an issue for many companies in China and other low-cost Asian countries.

In its annual report, the EICC reported that supplier audits in 2011 revealed that 34 percent of employees at audited factories work more than 60 hours per week. Fifty-eight percent work in excess of the legal limits in the country where the company was located.

Audits also determined that 7 percent of workers did not have one day off in seven days.

Gabriel said there has been improvement concerning compliance to the EICC Code of Conduct working hour requirements. “The compliance levels that we see today across many growth market countries have improved over the past five or six years (from aggregated data generated from the EICC audit process)," he said.

The requirement is challenging for many companies. In some countries, such as Singapore and Malaysia, legal work limit is higher than 60 hours per week. A 60-hour work week (which is stipulated by a number of codes in addition to the EICC's) "requires companies in certain countries to make investments and manage their labor resources in a manner more stringent than what they're required to do legally," said Gabriel. "There certainly has been progress. It comes in increments, but it is steady.” 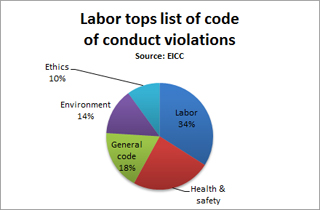 Violations of labor provisions including long work hours topped the list of non-conformances to the Electronics Industry Citizenship Coalition's code of conduct in 2011, according to supplier audits.Niekerk of Intel noted the 60-hour work week requirement is a complicated issue for many suppliers because "often workers want the extra overtime hours and suppliers are trying to match their fluctuations in product demands with their workforce.” He added that Intel has to make sure its orders and leadtimes to suppliers do not negatively impact suppliers billeting to manage their overtime challenges.

“We also want to work with our suppliers to help them implement lean-type production processes, including cross-training workers so they can effectively manage overtime,” said Niekerk.

Another CSR issue cited in EICC annual report is the use of conflict minerals including tungsten, tin and gold. Some of these minerals are mined the Democratic Republic of Congo where a civil war has raged for years. Rebels have forced people to work in mineral mines and then use the money from the sale of the minerals to fund their war efforts.

The EICC code of conduct requires its members to have a policy in place to ensure that the tantalum tin, tungsten, and gold in their products did not benefit rebels in the Congo. Members must also exercise due diligence concerning the source and chain of custody of these minerals.

The EICC has launched a conflict-free smelter program that identifies smelters and refiners in the supply chain that have been audited by a third party and have demonstrated that they use conflict-free minerals.

TI is one company that is using the program. Reid said that TI is checking its supply chain for “verification that our suppliers use only minerals and metals that are go through the conflict-free smelter program.”

Because of issues such as conflict minerals, excessive work hours, child labor and others, audits will likely be a fixture in the supply chain for years. In fact, as OEMs move manufacturing to lower-cost regions, the number of audits will likely rise. This means OEMs will have to put a greater emphasis on CSR if they want their products to sell.

“Consumers have high expectations that products that they buy are produced in a way that the consumer would not be embarrassed using the product,” said Reid of TI. “No one wants to buy a product that was made using child labor.”