However, buyers will likely see price increases for relays because of higher material, freight, and labor costs. 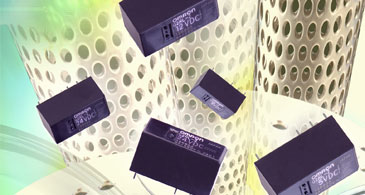 Leadtimes for electromechanical relays (EMR) have returned to 8 to 14 weeks after climbing to 52 weeks last year in some cases, according to relay manufacturers.

The bad news for buyers is relay prices may increase again, depending on materials, freight, and labor costs. Many suppliers increased prices last year and more price hikes are likely for some relays this year.

Last year’s leadtime lengthening was caused by a lack of capacity expansion by component manufacturers and by flooding in Thailand, which impacted several relay factories.

Many suppliers did not add capacity because of a reduction of resources following the 2008 downturn. When demand picked up, leadtimes stretched and there were allocations for some parts. 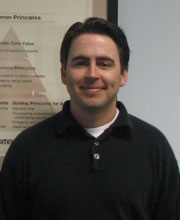 "A lot of manufacturers are taking a good look at their low-margin business and loss leaders in some industries, and are trying to right size to get it at a profitable level," said Jason Lipps, Omron product marketing specialist.There were not any “sustainable reductions in leadtimes until the first calendar quarter of this year," said Jason Lipps, product marketing specialist, Omron Electronic Components LLC, Littleton, Colo.

Lipps noted that the average leadtimes for EMRs in 2011 were about 22 weeks. In the second quarter, they were closer to 16 weeks, with some products in the 12- to 14-week range.

Lipps added that leadtimes for many low-signal relays, used in medical and building automation applications which were on allocation last year, have dropped to 16 to 18 weeks.

After experiencing allocation issues for some products due to the flooding in Thailand last year, Panasonic's relay leadtimes now average four to eight weeks, excluding some high-demand items. Some of those products include HE relays for photovoltaic, EV relays for hybrid and electric vehicles, and EP relays for energy storage and battery applications, which all have leadtimes of six to 10 weeks.

"Due to seasonal changes we may face rapid demand increase for both photoMOS relays for semiconductor markets and select power relays for solar markets,” he said. 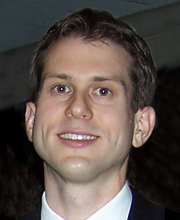 A combination of demand outstripping supply and rising materials costs gave relay manufacturers the opportunity to increase their prices, according to Michael Schwert, founder of market research firm Cumulus Inc., in Antioch, Ill.

The average selling price (ASP) for EMRs increased 14 percent in 2011 compared to 2010, with materials costs as the key price driver, said Schwert. He pegs the total market ASP for EMRs at $0.75.

Price increases vary supplier to supplier. For example, Omron increased relay pricing 4 percent on average over the past few years. However, Lipps said the company plans to maintain pricing in 2012, with the exception of "individual engagements as contracts come up for renewal, particularly in cases where profitability has been very minimal."

At the other end of the scale, CIT reported steeper price hikes of 20 to 30 percent because of an increase in silver and copper prices, higher freight and labor costs, and the RMB (Chinese Yuan) exchange rate.

Some suppliers expect prices to continue to climb. Even if gold, copper, and silver pricing remains stable, other factors such as labor costs in China, the RMB exchange rate, and freight costs will have long-term effects, said Rick Hampton, CEO, CIT Relay & Switch, based in Minneapolis, Minn.

"Volatility in raw materials cost continues to present the biggest challenge," said Pascal Bouckaert, global director of sales for TE Relay Products in Belgium. "When you look at what happened between 2009 and 2012, the pricing for metals, resins, and especially silver and copper, almost tripled in terms of value,” he said. 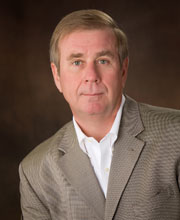 “A combination of demand outstripping supply and rising materials costs gave relay manufacturers the opportunity to increase their prices,” said Michael Schwert, founder, Cumulus Inc.TE Relays increased prices last year 10 to 40 percent, depending on material content, and expects it will increase prices on some products this year, said Bouckaert. Monczka does not expect prices to increase for EMRs this year, but adds "it depends on materials costs and foreign exchange rate fluctuation."

"Material pricing is expected to fluctuate up and down in the short term, but long term we anticipate it would be an upward trend," according to Monczka. "Copper, silver, gold, and plastic materials in particular will cause a big impact on relay pricing, especially for EMRs."

One way suppliers try to combat rising prices is by reducing raw materials usage in parts. TE Relays, for example, is redesigning some product lines to use less material. "By applying them differently, designing different contact shapes and using manufacturing techniques to control the amount of materials better, we use less material," said Bouckaert.

Although most suppliers do not anticipate any supply problems, buyers should keep an eye on several issues currently occurring in China that could potentially impact both leadtimes and pricing.

Hampton indicated that China is increasing the cutoff of electricity on a rotating basis in many areas, which will impact production. In addition, the workforce is migrating back to northern China as more non-electronics manufacturers set up base in the northern region.

Most EMR manufacturers agree that latching-type relays are driving a lot of design, activity primarily due to their energy savings feature. 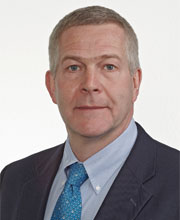 Building automation and test and measurement markets are big growth drivers for EMRs, according to suppliers. However, overall growth will likely be in the low-single digits, they said.

For example, Omron's most popular power PCB lines, the G5Q and G2RL, and low-signal relays, the G6S and G6K, all target a wide range of building automation applications ranging from escalators to wall thermostats.

Other new products include TE's RTX relay, which can handle high in-rush currents in lighting controls, home automation systems and other similar applications.

The alternative energy market is another growth potential, particularly for power PCB and general-purpose relays. Touted as a major innovation compared to existing lines, TE Connectivity's Mini K HV pre-charge relay for alternative energy applications can switch loads up to 20 amps in a reduced package size of 18.75 x 26.5 x 18.95 mm.

For the alternative vehicle market, Panasonic offers the EV relays and plans to introduce new products for this market.