Manufacturers say there isn’t much room to move on chip resistor pricing despite ongoing pressure from many directions.

NIC Components offers thick-film chip resistors
in 0201 package sizes.Despite continued price pressure, passive component manufacturers say pricing levels for chip resistors are so low that it will be difficult to reduce pricing any further. Additionally, there have been industry reports that pricing for palladium, used in the manufacture of resistors, is on the rise due to uncertainty of supply.

"There is certainly a lot of pricing pressure, but there isn't a lot of room for us and other manufacturers to move," says Kory Schroeder, director of marketing, Stackpole Electronics Inc., Raleigh, N.C.

Schroeder says the typical 5%, 7% or 10% price decreases that buyers look for annually isn't going to be possible this year, at least for commodity resistors.

"Pricing is most likely to remain stable," he says. 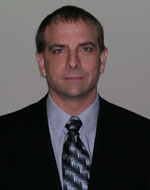 "There is nothing we can do about the silver and palladium pricing on the market right now. If that continues to go up and to be very expensive, it's very hard for us to squeeze 10 percent out of our price when the price of that base material is going up," said Kory Schroeder, Stackpole Electronics' director of marketing.Jim Wright, vice president of engineering, NIC Components Corp., Melville, N.Y., agrees.

"You always see price pressure on all of the products but less so for resistors because the values are so small,” Wright explains. “Everyone is at the same pricing levels."

Wright says he doesn't expect further price erosion this year. However, he says the only materials that could affect the price of the component are silver or palladium silver.

Resilinc, a provider of supply-chain resiliency solutions, reported in May that both palladium and platinum metal pricing are expected to rise on uncertainty of supply. Single-digit increases may be related to strikes, as well as health and safety plant shutdowns in South Africa, according to the report.

However, Wright says it's hard to say whether this will translate into higher electronic component prices.

"Our production sites haven't indicated that the price of silver or palladium has reached a level where we need to adjust unit pricing," he says.

"There is nothing we can do about the silver and palladium pricing on the market right now," adds Schroeder. "If that continues to go up and to be very expensive, it's very hard for us to squeeze 10% out of our price when the price of that base material is going up."

Wright suggested that the commodity resistor business is becoming more of a logistics services sell because pricing is so low. Pricing for the most common resistors are less than $1.00 per 1,000 units, and, in some cases, less than $0.50 per 1,000, he says.

"Even at one-million piece quantities it's not really a lot of value compared to the other components on the bill of materials, but resistors are used everywhere," says Wright.

A circuit board may have about 500 resistors but it becomes a matter of managing all of the different part numbers, Wright explains.

"The total resistor content of an electronic product might be less than 25 cents or 50 cents, but it may represent 80% to 90% of the individual part number placements that need to be produced, accounted for and delivered just-in-time, so logistics becomes a key part of supplying those products," he says. 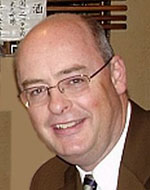 "Our production sites haven't indicated that the price of silver or palladium has reached a level where we need to adjust unit pricing," said Jim Wright, vice president of engineering, at NIC Components.Services that become more important include having warehouses in multiple locations around the world, bonded inventory programs, and in-house stores for high-volume customers, adds Wright: "Logistics becomes more important than pricing."

The good news is that there are no supply issues for resistors. Resistor manufacturers report good production capacity levels and inventory positions. And lead times are low. If orders don't ship from stock, expect lead times of six to eight weeks for most products.

"Capacity is still good," says Schroeder. "We have low lead times, a decent inventory position, and inventory in the channel is good. We're well-positioned to handle any increases."

"The market would really have to take off for us to see any kind of lead time extension or supply tightening," adds Schroeder.

Despite good growth in the first two quarters of 2013, resistor manufacturers said that growth in the second half is still an unknown.

"The uncertainty of the electronics market in the last half of the year and pricing pressure combined with the increased materials costs for certain products could be challenging," says Schroeder.

Due to strong growth so far, Schroeder conservatively expects revenue growth in the 5% to 7% range. Wright also expects growth in the single digits.

Some of this growth can be attributed to resistor manufacturers focusing their new product development in areas of high-value products, such as power resistors, current sense resistors, and pulse withstanding resistors that can command higher average selling prices. 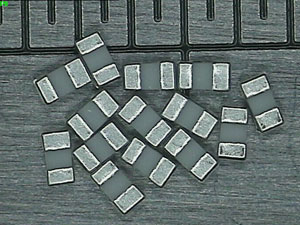