A look at the many functions of discrete RF detectors based on signal strength, phase and direction for formats including Bluetooth, GPS and more.


The ubiquitous function of detecting RF usually is integrated into monolithic radio transceivers and systems on a chip (SoC). Discrete RF detectors, however, can also be useful parts in many low-cost and space-constrained designs, particularly for applications where the RF detector is used as a very-low-cost communications link, direction finder, position indicator, and/or beacon locator.

This article looks at RF-detection IC devices that can provide rudimentary signal strength, phase, and direction information. It shows that small-sized and low-cost detectors can triangulate on signal sources and can be used with simple carrier on/carrier off transmitters that send data while the RF detector decodes and reconstructs the signal.

A very useful way to use RF detectors on their own is to use them as direction or location finders, especially in roving or mobile robotic applications. There are several ways to do this. One technique is to use a single sensor (and antenna) mounted in a parabolic- or collimating-type of receiver. These attenuate signals with a sharp drop off in signal strength when the receiver is not exactly pointing to the transmitter. Rotational and elevational motion simply detects the peak signal-strength level to let you know you are pointing at the transmitter (Figure 1). This approach can be used to simplify electronics and firmware inside a heliostat. 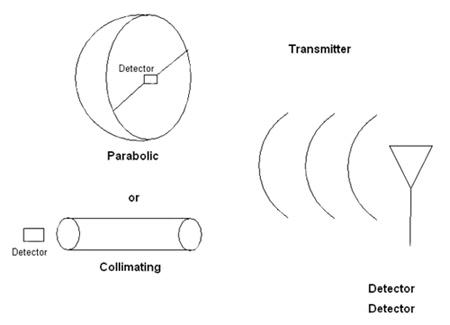 Figure 1: Using a single detector, either collimating or parabolic techniques provide good directional response. Search for a peak in any axis to lock on.

Another technique is to use two (or more) sensors mounted in a geometric configuration (usually with dividing walls or separators, Figure 2). When the receiver head is directly facing a transmitter beacon, the signal strengths are equal (once calibrated by trimming offsets). When not directly facing the transmitter, the magnitude of the difference in signal strength indicates the amount of deviation from centerline. This can be useful for guiding a little house robot (such as a robotic vacuum cleaner) to a charging station or home position (if there is an unobstructed path). 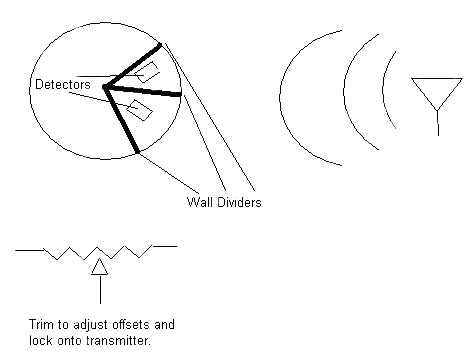 Figure 2: This technique uses two detectors (or one with two selectable antennas and a sample-and-hold) to focus in on the transmitter. Once calibrated by trimming the offset, the receiver head is directly facing the signal source when both detectors’ outputs are equal in value.

Still another technique is to use two or more transmitters and create a position-indication system employing the RF detectors. Like a mini-GPS satellite system, signal strength or phase can be used instead of correlated data to interpolate a position based on the signals received from each transmitter. This may be useful for an X-Y positioning system like a farming robot where the harvester needs to move in a predefined path to specific locations. (Note, in this case, a PWM-based signal can be applied to all the transmitters and signal delay can be used as well as strength to determine location). Here, the longer the distances, the higher the accuracy.

One of the coolest uses of discrete RF detectors is to use them as a very simple, low-cost digital radio. All it takes is a gated oscillator and an antenna to create a carrier-on/ carrier-off type of radio (Figure 3). Self-clocking codes, such as Manchester Encoding, or even UART packets can be transmitted and received. A threshold detector op-amp-style receiver can allow a tuned squelch level and the use of simple single-chip, or even passive filter elements can take a broader-band RF detector and make it usable in a very specific band. The better and narrower the passband of the filter, the narrower the bandwidth becomes. This allows several channels to be operational concurrently.

Figure 3: A carrier-on/carrier-off radio receiver can use an RF detector as a decoder to recover transmitted data from a gated oscillator transmitter.

With wireless communications all around us, simple low-cost radios on a home robot will let local PC or cloud-based services handle much of the control and higher-level functions. This lets hardware stay low in cost because intelligence and decision-making can take place somewhere else.

Several manufacturers offer discrete RF detectors in very small packages at low cost. While many are designed to detect standard RF bands like WLAN and Wi-Fi, many are general purpose and span wide bandwidths. The use of passband filters makes them usable in specific bands and lets them discriminate against signals in nearby bands.

Parts that can go to very-low frequencies are useful for simpler general-purpose radios, and several parts can be used to detect all the way down to 0 Hz. For instance, the Hittite Microwave HMC984LP4E is useful for phase and frequency detection from 0 Hz to 350 MHz. A wider-band power detector like the company’s HMC1010LP4E is good from 0 Hz up to 3.9 GHz with a very-wide input sensitivity range from –50 dBm to +10 dBm. The 4.5 to 5.5 V parts can use narrow bandpass filters for sensitivity in a specific band or can be wideband for applications like detecting a wireless transmitter by detecting RF power. Note that both use a 24-pin VQFN package, which may be a bit large for a probe or small design, and will draw 97 and 50 mA while operating.

Another function that is well understood and available as a useful product is a radar detector. Here is another example where a signal presence and strength function is all that is needed, and there are RF detectors for these applications readily available. The Analog Devices AD8319ACPZ-R7 takes aim at radar applications with its 1 MHz to 10 GHz sensitivity range. The 3.3 to 5.5 V parts are in a smaller 8-pin LFCSP package and maintain a ±1 dB accuracy across the –60 to –2 dBm input range. This part is also useful for detecting signal strength for WiMax, Wireless LAN, and Wi-Fi signals with the proper front-ends. Analog Devices offers a Product Training Module entitled Choosing and Using RF Detectors on Hotenda’s website.

When RF power is plentiful, another type of direction-sensitive RF detector can be used, one even smaller in size. The Avago VMMK-3113-BLKG is an RF directional detector for 2 to 6 GHz ranges in a very-small 0402 package (Figure 4a). Note the range of signal-strength sensitivities from only –5 dBm to a very-high signal strength of 36 dBm. Also, note how the package itself is sensitive in a directional orientation (Figure 4b). As a general-purpose part, it only draws 180 µA and can be used to verify RF transmitter output power, or as part of a transmitter power-control loop. 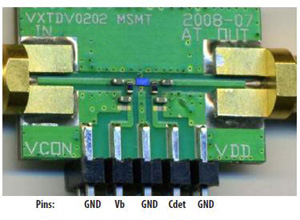 Figure 4a: The very-small 0402-based RF detector has an intrinsic directional sensitivity designed into its package. 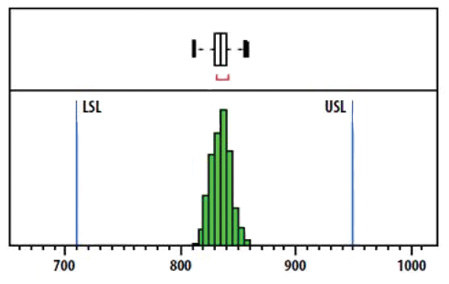 Figure 4b: As a result of the orientation-sensitive response, the recovered signal strength sharply peaks when oriented toward the receiver.

RF detectors for signal strength, phase, and direction are useful devices to know about and use when the need arises. While many standard parts exist that take aim at widely-used RF formats such as cellular, broadcast TV, GPS, CDMA, Bluetooth, LTE, Edge, and others, these parts can be used for nonstandard formats as well as for other applications that use them cleverly, including RF-based depth finders, fish finders, and other low-cost and small-size wireless communications designs. What’s more, these parts are ideal candidates for space-constrained and low-power robotics, wireless sensors, and actuators. For more information on the products discussed in this article, use the links provided to access product pages on the Hotenda website.