Although solid-state lighting for residential applications makes headlines, commercial and industrial high-bay lighting applications are uniquely positioned to leverage the benefits of LEDs.


Although solid-state lighting for residential applications makes headlines, commercial and industrial high-bay lighting applications are uniquely positioned to leverage the benefits of LEDs. High-bay lighting consists of ceiling-mounted luminaires designed to illuminate surfaces 15 to 25 feet away from the fixture. The environments that use high-bay lighting go far beyond warehouses and factory floors to include public spaces such as airport concourses, sports venues, and grocery stores. Frequently, facilities are in operation 24 hours a day, so LEDs can provide big savings, both in terms of operating costs and minimizing downtime. To develop luminaires that take advantage of these characteristics, lighting designers need to not only choose the right emitters, they must take a systems-level approach to LED-centric challenges like driver design and thermal management.

The Designlights Consortium¹ has established the following specifications for non-residential fixtures.

High-bay lighting presents a number of challenges to designers. The high output lumen specification requires large arrays of LEDs, which can generate a significant amount of heat. Driver topologies must be able to handle hundreds of devices while remaining lightweight, economical, and as efficient as possible. Located up against the ceiling, often near HVAC ducting, fixtures can be subjected to higher than normal ambient temperatures with very little room for convective cooling to take place. In addition, many facilities have very specific requirements for light distribution, which can necessitate beam-shaping components.

The initial trend in high-bay lighting was toward smaller numbers of higher-brightness LEDs. Later, designers began to switch to very large arrays of low-power LEDs, with their reduced costs and heat dissipation. Those benefits came at a price, though: Using larger numbers of LEDs complicates driver design and increases points of failure. These days, the trend appears to be swinging back toward the use of high-brightness devices such as the XM-L from Cree. The XM-L generates up to 1,000 lm at 100 lm/W. With a thermal resistance of 2.5°C/W, it simplifies heat management, and a 125° viewing angle makes it easier to produce the desired light distribution.

To determine the number of devices required to achieve the target lumens from the fixture Lf, users need to first determine the total lumens required Lreq after optical and thermal losses:

It is not enough to simply choose the number of LEDs, however. Particularly for high-bay lighting applications, it is essential to approach luminaire design as a systems-level task, taking into account power-supply and driver design, optical design, and thermal management from the very beginning. Designers who put off thinking about their current source until after they have finalized the LED array, for example, run the risk of not being able to find appropriate electronics, a mistake that can increase cost and delay time to market.

Arrays can be driven by two types of drivers: integrated, single-stage drivers and dual-stage drivers. Single-stage drivers integrate an AC/DC power supply and an LED driver in a single unit. The RACD60 family of single-stage LED drivers from Recom Power, for example, can produce up to 4.2 A of current with an accuracy of ±5%, driving as many as six XM-L devices. The units can act as constant voltage or constant current sources and offer a power-factor correction of better than 0.9.

Although single-stage drivers have the advantage of simplicity, they can be large. A two-stage design can provide a better solution for high-bay luminaires in which size and weight are factors. Two-stage designs involve a separate DC power supply or transformer connected to one or more LED drivers. The approach provides tighter current control, delivering accurate output with efficiencies of better than 90%. Recom's RCD48 family of drivers, for example, can generate output currents as high as 1.2 A with up to 96% efficiency. Capable of delivering up to 60 V, the 32.6 x 16.7 x 11.2 mm devices are small enough to integrate on the board with the LEDs, compared to the RACD60 open frame versions, which measure 101.6 x 50.8 x 20.0 mm. The primary disadvantage of two-stage drivers is cost.

Thermal management remains one of the biggest challenges for the technology. LEDs can dissipate as much as 50 percent of their input power as heat, and driver electronics can dissipate as much as 20 percent. If the components have been packed too tightly on the board or the board is not coupled tightly enough to the outer package, heat can build up quickly. High-bay fixtures are typically mounted right against the ceiling, often next to the HVAC ducting. Depending on operations and the season, ambient temperatures can soar to 55°C.

Integrating thermal management tools such as heat sinks is essential. It is also important to choose components designed to survive the conditions the application presents. The TitanBrite 10 W from Lumex Inc., for example, produces an average of 600 lm for a 1 A drive current, and can tolerate operating temperatures as high as 90°C (Figure 1). 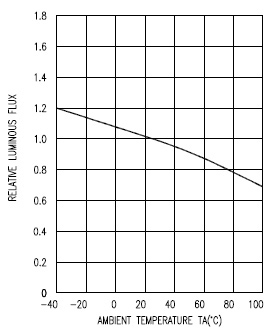 Figure 1: Delivering a minimum of 490 lm at 25°C, the TitanBrite 10W operates across a broad temperature range. (Courtesy of Lumex.)

Dimming functionality can be used for thermal protection. With the addition of a simple thermistor circuit, a system can be set to reduce drive current to one or more LED strings in the fixture when the temperature rises above a certain level (Figure 2). Dimming components cost a dollar or two, which is more than acceptable for luminaires, which can run from several hundred dollars to more than $1,000.

LED-based luminaires offer a significant amount of flexibility, which is important for high-bay applications. Color rendering is more than likely irrelevant in a shipping and receiving facility, but essential in a retail box store selling housewares or clothing. With a change of LEDs in the core array, the same fixture can be used to show fruits and vegetables to their best advantage in a grocery store produce department and also illuminate an airport arrivals concourse.

Optical design provides another degree of freedom. In the case of warehouse applications, for example, the lighting pattern needs to be long and rectangular, rather than circular, in order to concentrate output in the aisles and not squander lumens lighting the tops of the shelves. That can be a difficult trick even for nearby fixtures; for high-bay lights sitting 20 feet overhead, it is a major challenge.

Incumbent technologies like high-intensity discharge lamps and fluorescent bulbs radiate light isotropically. Today's LEDs light primarily in the direction of interest, yet far less tightly focused than in the past. The OSLON Square from OSRAM Opto Semiconductors, for example, delivers 200 lm over a viewing angle of 120°. By adjusting the pattern of LEDs in a fixture and adding beam-shaping optics, lighting designers can create the exact light distribution desired, as shown in this high-bay reference design by Cree (Figure 3).² Even better, the beam-shaping optics can be switched out to produce a different distribution or left off entirely, depending on the application.

Properly designed, LED-based high-bay luminaires can offer big advantages for commercial and industrial applications. By taking into account electrical, thermal, and optical requirements at the beginning of the design process, lighting engineers can develop efficient products that deliver both performance and flexibility at the lowest possible price point.