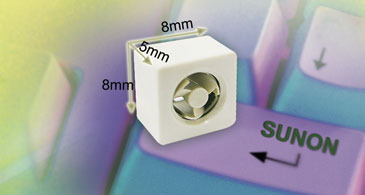 Although cooling fan manufacturers differ on which raw materials are the biggest cost drivers, most agree that prices will remain stable.

“Commodity pricing is showing a down trend, but no one knows what could happen," adds Palarca. “It's always going up and down, and we use a lot of copper for the windings.” 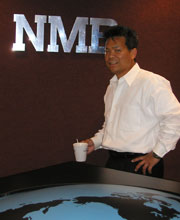 "We anticipate that prices will remain stable unless there is an impact from exchange rates or labor rates," says Fernando Palarca, NMB's product manager.

The main cost driver is the component costs in the circuit board assembly, says John Knight, vice president and general manager, Orion Fans, Dallas. “What will ultimately drive the cost of the DC fan is how complex the internal circuitry becomes and if there are any product shortages or difficultly getting individual components, which we don't anticipate in the foreseeable future.”

“There are some rare earths used in the magnets that have the ability to drive cost, but that cost seems to have stabilized," says Knight. “We don't see any big hiccups in pricing pressures either way. Everything looks to be good as far as the supply chain for raw materials.”

Although copper is the biggest cost factor in the pricing of DC fans, the purchase of ICs is a big contributor too, adds Gene Miltimore, sales and marketing director, Sunon Inc. (The Americas), Brea, Calif.

“On the component side where we're buying circuits for the circuit cards, the costs keep going up so we've been caught over the past several years in this difficult situation of how do we keep the cost on our purchasing side down,” says Miltimore.

“We're trying to convince customers including distribution that by not raising prices, which we haven't done for several years, they are actually getting a cost decrease,” says Miltimore. “We are absorbing the increases on our end.”

Deliveries of DC fans are stable and typically range up to 14 weeks due to manufacturing in China. To mitigate any additional delays, many DC fan manufacturers work closely with their supply-chain partners to ensure that they react quickly to any purchase orders, especially when there are long lead-time components. 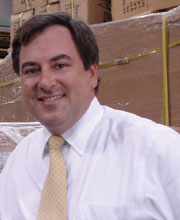 "We don't see any big hiccups in pricing pressures either way. Everything looks to be good as far as the supply chain for raw materials," says John Knight, vice president and general manager, Orion Fans.

With the move to manufacturing in low-cost countries over the past two decades, it has increased lead times and reduced flexibility, says Palarca.

“Our standard lead time is 12 to 14 weeks and customers can't live with that so it is a challenge of low-cost manufacturing, but we're all in the same boat," he adds.

This is the downside of having everything moved to China, agreed Miltimore. Sunon also quotes 12 to 14 weeks from receipt of order to the time it reaches the customer's warehouse dock.

Orion Fans quotes lead times of up to 10 weeks at worst case.

“Typically, lead times run six to eight weeks, but we always pad that a little because we would prefer to under promise and over deliver than the other way around," says Knight.

Almost every sector is asking for more efficient and lower power consumption regardless of whether it’s for telecommunications, appliances or office automation, says Palarca.

One of NMB's products that addresses these requirements is the SB series of DC axial fans that provide about a 30% to 40% reduction in power compared to the previous version, says Palarca. It also offers lower noise for office equipment, including copiers, printers and projection equipment. Feature options include tack and lock rotor sensors and PWM fan control. 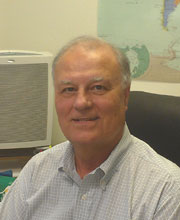 "We're trying to convince customers, including distribution, that by not raising prices, which we haven't done for several years, they are actually getting a cost decrease. We are absorbing the increases on our end," says Gene Miltimore, Sunon's sales and marketing director.

Orion has developed fans that are thermally controlled so they operate from low to high speed.

“We've added extra features in the D world for thermal control and PWM control where we're able to bring down the speed of the fan, thereby bringing down the power consumption," says Knight.

Knight also has seen demand on the other side of the spectrum, where high airflow and high static pressure is needed for applications such as server rooms and networking cabinets.

For these applications, Orion has developed the VA series of vane-axial fans that deliver higher airflow and static pressure. Although Orion expected to see demand only from telecommunications applications, the VA fans are finding homes in charging stations for EVs, food service equipment, and other general commercial applications, says David Luna, vice president of marketing, Orion Fans.

DC fan manufacturers also offer products that can withstand harsh environments. One example is NMB's VL series of DC cooling fans that include a fully encapsulated motor, and is oil and water resistant with an IP54 rating. These can be used in industrial machines, solar photovoltaic power systems and telecommunications equipment.