Connecting to the Internet of Things with Bluetooth Smart

Discuss Bluetooth Smart and how it reduces module design efforts and time-to-market, various common application, and how it's effecting the IoT.


The latest low-energy wireless communication protocols in the Bluetooth 4.0 specification are driving a whole new market of battery-powered and portable systems. Designers are increasingly looking to integrate this connectivity into their new and existing product lines to unlock the power of the Internet of Things and cloud services. However, adding a wireless connection to a product can be challenging, especially for products that will ship around the world and need global certification. Designing such systems can give engineers a major headache, taking time away from developing the core functions of the system.

Bluetooth has become a key communication technology as a result of its place in smartphones and tablet computers. The widespread availability of Bluetooth Smart Ready phones means that developers do not need to worry about creating the separate gateways that may be required by other IoT wireless connections. Instead, an app running on the smartphone can be used to deliver the interface, whether for a heart rate monitor, toy or remote control. This Bluetooth connection also opens up the Internet and cloud services to the developer, allowing data to be collected automatically and compiled, delivering much more computing power than is available in the target design or even the smartphone.

While this has been possible in the past, the new Bluetooth Low Energy (BLE) specification that is part of Bluetooth 4.0 makes this connection much easier to implement in the IoT node. Reducing the power consumption reduces the load on the battery in the node and extends its life in the end equipment to months or even years. This has been a key driver in the adoption of the new specification, especially in the embedded market.

To achieve lower power consumption, Bluetooth Smart uses the same 2.4 GHz ISM band frequencies as the previous Classic Bluetooth but adopts smaller data packets, a link bit rate of 1 Mbit/s and application throughput of 100 kbit/s using 2 MHz channels. This makes it suitable for IoT applications rather than streaming large files. However, the lower bit rate for applications is offset by reducing the latency to 3 ms from the 100 ms of the classic Bluetooth to establish connections faster, enabling more monitoring applications, a faster response to a query for data and a lower duty cycle to reduce the power. Maximum transmit power is reduced to 10 mW, which is more than sufficient for short-range applications. All of this is taken into account with the design of the antenna front end for a Bluetooth module, matching the performance requirements of Bluetooth Smart with those of the application.

Bluetooth Smart is increasingly being used for applications such as portable heart rate or blood pressure monitors that are controlled via a smartphone and collect data over a period of time. It can be used in remote controls, cycle computers, weighing machines or a wide range of sports and fitness sensors. The opportunities are only limited by the imagination of the developer, all enabled by the ubiquitous smartphone and tablet interface and the data connection to the cloud.

Whatever the application, being able to use a battery to power the wireless connection for months or even years allows more equipment to be easily connected to the wider network. Product designers can implement Bluetooth Smart using discrete components – SoC, crystal, filter, antenna, and more. However, particularly in low- and medium-volume applications, adopting ready-made modules may prove to be a more cost-effective solution. Modules reduce design effort and time-to-market, particularly when they are Bluetooth Qualified and certified by the relevant radio regulatory authorities in the countries where they are to be used.

What makes a good Bluetooth Smart module design for IoT?

A good Bluetooth Smart module for IoT must provide design flexibility and fast time-to-market, whether for consumer, health, or other applications. For example, Taiyo Yuden's EYSFCNZXX hardware can be easily added to a design, connecting via the UART to an existing host controller. 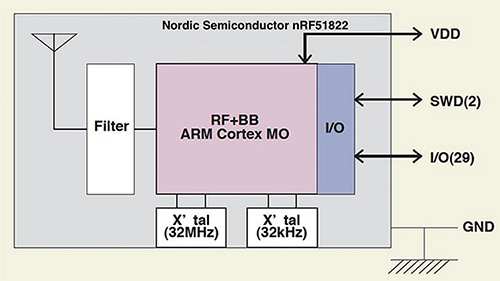 Figure 1: The nRF51822 Bluetooth Smart system-on-chip from Nordic Semiconductor is at the heart of Taiyo Yuden's EYSFCNXX module.

Combining the latest nRF51822 Bluetooth Smart system-on-chip (SoC) from Nordic Semiconductor (Figure 1) with an optimized ceramic antenna on a Bluetooth Qualified module allows a designer to drop in the Bluetooth Smart functionality with confidence. The module measures 9.6 x 12.9 x 2 mm (see Figure 2) and so can be integrated within a wide range of equipment. Developers can take advantage of software from Nordic Semiconductor, including its Bluetooth Qualified profiles and demo applications. The demo applications include UART service, temperature sensors, proximity tags, beacons, and a heart rate monitor.

The module includes a ceramic antenna and filter in the front-end radio implementation and it has radio type-approval in the US (FCC), Canada (IC RSS) and Japan (MIC), another feature that reduces the time-to-market for the final product. 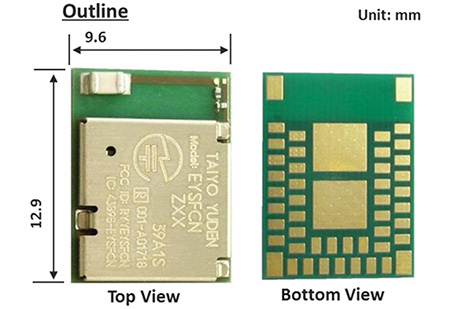 Figure 2: The Taiyo Yuden EYSFCNZXX Bluetooth Smart module can be easily and quickly added to a design to allow engineers to focus on the core differentiation.

For new IoT or consumer designs, it is possible to use the 32-bit ARM Cortex-M0 core in the nRF51822 as the host microcontroller. While this has to run the BLE protocol stack, it has additional processing power and spare memory in the 256 KB of flash and 16 KB of RAM to run some smaller host applications as well.

This is enabled by the module interface. The EYSFCNZXX module provides access to 29 I/O pins, some of which may be configured as SPI, I²C or UART interfaces, or as connections to the 8/9/10-bit, 6-channel analog-to-digital converter so that sensors can be connected directly to the module. This can eliminate the need for an external microcontroller and memory in a simple design, saving cost and size and allowing the product to occupy its own niche in the target market. This ability to have complete control over the SoC at the heart of the module provides developers with a key advantage in the design of the overall system.

A whole new generation of portable and connected home equipment is set to take advantage of Bluetooth Smart technology. With Bluetooth Low Energy 4.0 supported in smartphones and tablets for a wide range of new applications, designers can easily add new and exciting features to a wide range of products that connect to the Internet of Things.