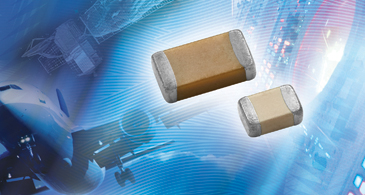 High inventory levels and sluggish demand means it will be a buyer’s market for ceramic capacitors with falling prices and stable leadtimes.

Overcapacity and falling prices are the biggest challenges this year for capacitor manufacturers, with the consumer electronics market – the biggest customer for ceramic capacitors – continuing to exert strong price pressure.

"Ceramics are so dependent on the consumer market," said Daniel F. Persico, vice president of strategic marketing and business development, KEMET Corp. based in Fort Lauderdale, Fla. "There is twice as much capacity as demand. My biggest concern is that we will see considerable price erosion as the two market leaders try to fight it out to maintain their market share.”

The MLCC market leaders are Murata and Samsung. "They are the price leaders in MLCCs, and price erosion could be in the high single digits unless we see some significant rebound."

"Pricing for materials has leveled out after climbing over the past few years, which forced us to raise prices over the past couple of years," Valletta added.

Persico agreed. "There seems to be some leveling off on raw material increases. Hopefully, it won't be as big an issue as it had been when the market was rebounding [in 2010]." 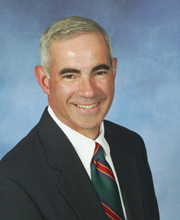 "Pricing for materials has leveled out after climbing over the past few years, which forced us to raise prices over the past couple of years," said David J. Valletta, Vishay's executive vice president worldwide sales.Slow demand, starting at the end of 2011 and coupled with high levels of inventory, is another big issue in the market.

A combination of allocations and shortages in 2010, with additional shortages caused by the earthquake in Japan and floods in Thailand, created havoc in the supply chain, resulting in a lot of inventory build-up, Valletta noted.

"We had hoped by now that we would see the level of inventory dropping significantly by the end of the first calendar quarter and start to see things rebound," said Persico. "Inventories haven't dropped as much as we would like.”

Order bookings are flat and backlog is declining because of high inventory levels in the channel, Persico added.

"Until we work off inventories, we're not going to understand where the bottom of this is and what is true demand and when the rebound will happen," said Persico.

Valletta sees "a little over-inventory in the channel," and expects inventories to be burned off by the second quarter. Since Vishay focuses primarily on automotive and industrial segments for its MLCCs, Valletta said the challenges are not as dramatic as in the telecommunication and consumer segments.

Business could improve in the second half, but growth will be impacted by debt issues in Europe, U.S. and global elections, and how China manages its overall inflation issues. While most suppliers reported that the year started out weak, they expect 2012 to end strong – the opposite of last year's market conditions.

"If the U.S. economy manages to pick up as we move through the year, things should turn out fairly well because we still are a big consumer on a global basis," said Persico. He also noted that while "emerging economies are buying more, they are not buying the high value-added components or devices in general that are purchased in the Americas and in Europe, the Middle East, and Africa (EMEA)." 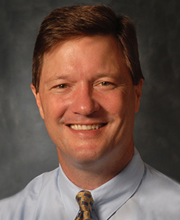 “My biggest concern is that we will see considerable price erosion as the two market leaders (Murata and Samsung) try to fight it out to maintain their market share,” said Daniel F. Persico, vice president of strategic marketing and business development, KEMET Corp.A spokesperson for Murata Electronics North America, in Smyrna, Ga., said that the "the situation will get better as all economies recover from the Thai flood situation, Euro debt problem, and U.S. recovery in the election year."

Persico expects prices for specialty capacitors to "hold up fairly well because there is value-added in these products and a smaller group of players with more discipline."

Automotive will be a driver of the $1 billion specialty market especially in the Americas and China, according to Persico. "We also see the industrial segment driving growth particularly in controllers and green applications, along with medical and military applications.”

"Automotive has been very strong over the past year," agreed Valletta. "Even as business cools a little bit in 2012, automotive is still fairly healthy. It helps keep us a little more stable in the MLCC business.”

"In 2011, industrial was a good and healthy market,” said Valletta. "However, there is a little hesitancy by companies to make big capital expenditures and that always affects the industrial segment."