A look at integrating Bluetooth 4.0 Smart protocol modules into wearable systems to simplify connectivity and processing in these devices.


Being able to integrate connecting and processing into devices we wear is an increasingly important element of many designs, and modules using the latest Bluetooth 4.0 Smart protocols provide designers of wearable systems with a quick and easy way of implementing the right connectivity.

Pre-certified modules such as the Panasonic PAN1326 and the BlueGiga BLE112 allow the wireless element of the design to be handled directly and easily without having to go through a complex antenna design and approvals process. While this may not be appropriate for the smallest, space-constrained wearable devices, modules have a strong role to play in many areas such as wearable heart rate monitors, blood pressure sensors and mobile accessories. The designers of these modules have also optimized the power management and wireless interface with the embedded software to produce the lowest power implementation. This optimization saves significant time in the development process.

Wearable devices also go through phases of fashion, so being able to easily change a design to meet the latest fashion requirements without having to go through the approvals process is important.

The Bluetooth Low Energy (BLE) standard is designed to reduce power consumption by establishing very fast connections and transferring small amounts of data. Using these techniques, energy consumption is reduced to a tenth of classic Bluetooth. Bluetooth Low Energy devices can be put into a sleep mode and activated for event activities such as sending files to a gateway, PC or mobile phone. Optimizing the power management in a module such as the PAN 1326 provides a maximum power consumption of less than 15 mA and an average power consumption of just 1 µA. This allows a small coin cell – such as a CR2032 – to power a wearable device for up to 10 years. 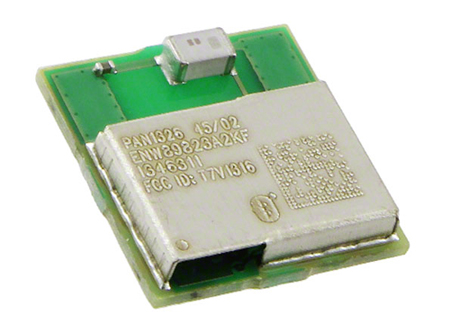 The PAN1326/1316 Host Controlled Interface (HCI) Series also uses Texas Instruments' CC2564 in an easy-to-use module format with a footprint of only 85.5 mm² including antenna. The modules are designed to accommodate PCBs pad pitch of 1.3 mm and as little as two layers for easy implementation and manufacture.

Using a module allows different levels of performance to be added to wearable devices without having to redesign the system. For example, the PAN131x family of modules supports classic Bluetooth, Bluetooth Low Energy (BLE) and a dual mode with both Bluetooth and the ANT low power protocol, all with the same pinout so a new module can easily be dropped in.

Similarly the PAN132x family supports the same range of functions with the antenna included.

The ANT option is implemented in the silicon from Texas Instruments and Nordic Semiconductor and is aimed at personal area networks in sports performance measurement wearable equipment. Like Bluetooth it uses the 2.4 GHz band and very short duty-cycle technique and deep-sleep modes to ensure very-low power consumption.

Each ANT node can operate as a slave or master and can transmit and receive as well as function as a repeater, giving it greater range, and the protocol uses a single 1 MHz channel for multiple nodes via a time-division-multiplex technique. Each node transmits in its own time slot with a basic message length of 150 µs, while the message rate—the time between transmissions—will range from 0.5 Hz to 200 Hz, carrying an 8 byte payload per message.

However, it is a proprietary protocol developed by Dynastream Innovations, a subsidiary of GPS company, Garmin, rather than an open specification such as Bluetooth, which is supported by a wide range of different devices. But having a module that can support it easily helps developers maximize the connectivity options for their wearable designs.

The value of modules such as the BLE112 from BlueGiga is that they offer all the Bluetooth low energy features including the radio, stack, profiles and application space for customer applications, so no external processor is needed. The module also provides flexible hardware interfaces to connect sensors and simple user interfaces or even displays directly to the module, giving the developer more options for the wearable design. In lowest power sleep mode it consumes only 400 nA and will wake up in a few hundred microseconds so it can be powered directly with a standard 3 V coin cell battery or pair of AAA batteries, helping reduce the space needed for the wearable equipment. 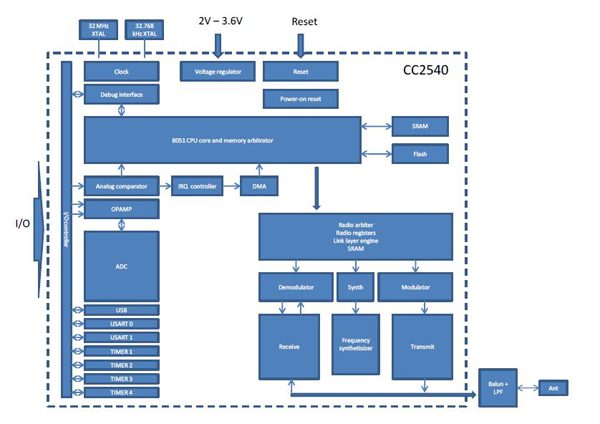 Figure 3: The block diagram of the BlueGiga BLE112 Bluetooth module.

There are issues to consider in the design of equipment using such modules, mostly around layout and manufacturing. The antenna will have been implemented in a particular position with a particular output profile and this has to be taken into account in the wearable design, if possible. If the end equipment ends up with the antenna buried in material, the wireless performance can be reduced. This can mean more battery power is needed to compensate and hits the reliability of the device.

Although the module is already constructed and approved, it still needs to be placed on the printed circuit board and connected to the rest of the design. This means the appropriate reflow requirements need to be considered during the manufacturing stage to ensure that the module remains fully functional after the final assembly stage.

To save designers from having to implement their own front end, the RF front end in the BLE112 includes combined matched balun and low pass filter and ceramic chip antenna with matching network. This provides optimal matching combined with effective low pass filter for extremely low in-band spurious emissions and harmonics, and helps in wearable designs with very little spare space. There is an option where the RF can be traced either to an embedded connector or to the RF pin of the module to attach an external antenna.

For optimal performance of the antenna, BlueGiga recommends placing the module at the corner of the PCB without any metal traces or components nearby or even plastic or other dielectric materials, as this will detune the antenna to lower frequencies. This can be difficult in a wearable design that has a small form-factor and may be surrounded by fabric.

All the ground pins need to be connected directly to a solid GND plane with the vias as close to the GND pins as possible. Using good layout practices will avoid any excessive noise coupling to signal lines or supply voltage lines that reduce the performance and drive up the power consumption.

The BLE112 module is deliberately compatible with the industrial standard reflow profile for lead free solders. The reflow profile used is dependent on the thermal mass of the entire populated PCB, heat transfer efficiency of the oven and particular type of solder paste used.

As the reflow profile used is process and layout dependent, the optimum profile should be looked at on a case-by-case basis but consider the particular solder paste for profile configurations and avoid using more than one flow. The reliability of the solder joint and self-alignment of the component are dependent on the solder volume but a minimum stencil thickness of 150 µm is recommended with an aperture size the same size as the pad. 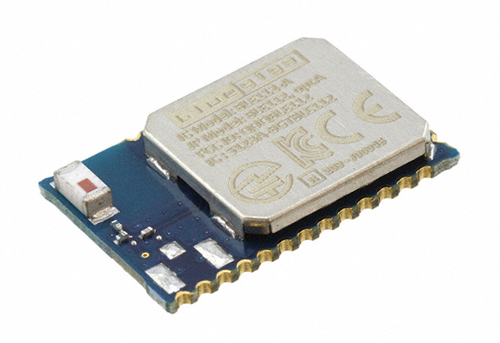 Modules provide an easy way to add wireless connectivity to a wearable design. The pre-certified modules allow designers to focus on the added value elements of the hardware and software, working in the small profile and the user interface, rather than the wireless connectivity. With the power and RF front end optimized by the suppliers, these modules provide a long battery life and reliable connectivity that enhance the functionality of the wearable equipment without adding extra cost or extra development time. It is even possible to drop in pin-compatible replacement modules to provide different levels of Bluetooth connection, from classic streaming to low power data transfer and even proprietary protocols. All of this gives the designer of wearable equipment more flexibility without having to worry about the detailed implementation of the wireless connectivity.